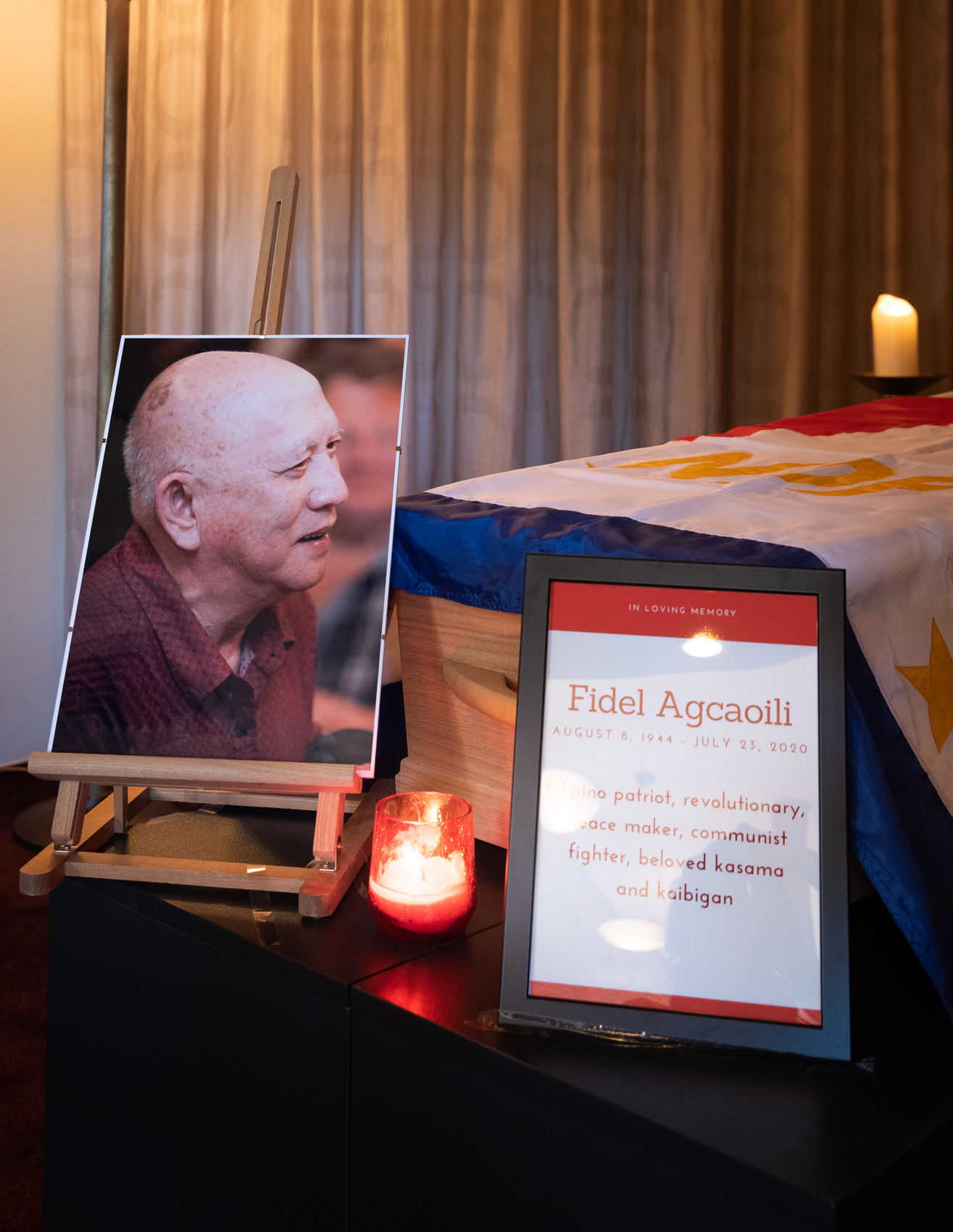 A little dark, but I hope my rather wordy tribute post brings a bit of light in an otherwise somber week. Bear with me.

I grew up during an unfortunate time and place where parangals (a tribute evening during a martyr’s wake or funeral) were more commonplace than birthday parties. I recall each and every one I attended vividly. I also recall that as if processing a friend’s brutal murder wasn’t hard enough, the kasamas had to frantically search and choose a photograph that can be displayed at the wake and parangal. This was before smartphones and digital photography became available.

Typically Filipino, this became a morbid joke among friends and comrades in the movement. Every time there was a photo opportunity, someone could always be heard saying, “Hoy that has to look good at my parangal!” As for those who pressed the shutter, although it was a responsibility that nobody wanted, it was always the greatest honor when the time came. I remember each photograph at those parangals. Those pictures stick in your mind forever, even as some of your actual memories and interaction with that person begin to change or fade in your mind.

This carried years later when I became a photographer. At the back of my mind, I always considered that someday, the responsibility will be mine. And when the time comes, I’ll have plenty to choose from. It will be quicker, it will be easier. There’s always that subconscious thought whenever I take pictures of people (and I’ll bet you’ll never feel the same way again whenever I point the camera at you, hah!)

The responsibility came a few days ago when Tito Fidel suddenly passed away. As soon as the initial shock wore off and his body was taken away to be groomed for viewing, I went straight into my decades-plus’ worth of photographs, meticulously tagged, labeled and organized. Quick and easy.

And there I realized what I have been doing (or not doing…) over the years.

You see, I didn’t photograph Tito Fidel the same. He was a very animated person, full of life. Very colorful. He seemed… immortal to me. He would go on and live on forever. There would never be the need for a parangal picture for him. Not for a very, very long time, at least.

Although his presence could always be felt in any event or gathering, he never made himself the center of attention. He was always at the sidelines, observing, absorbing, taking his own pictures with his oversized tablet. To make matters more difficult, whenever I tried taking pictures of him, he would know it instantly. He would give me that signature loving “bubugbugin kita! (I’ll beat you up!)” glare and proceed to make goofy faces. I’d get opportunities to get “normal” pictures but only whenever people asked to pose with him, which he would oblige.

So there I sat, choosing between a dozen of Tito Fidel’s goofy faces, while I was getting urgent calls non-stop from people asking if I found a good one yet. Non-goofy, smiling pictures of Tito Fidel are pouring in my FB feed, posted by all the people whose lives he had touched over the years. I even felt slightly offended – am I the only one whom he gave such a hard time on this?

I gave up and settled for a nice, grainy, underexposed, 12-year old picture I took, which is now displayed at the exact same spot where I had taken it. I took a shower and prepared to go to the first day of his wake. I advised the others to keep looking.

I decided to give my library one final pass before I left the house. And that’s when I found this picture. That rare moment where he didn’t catch me, where he was just standing watching a presentation during one of NDF’s anniversaries. He wasn’t taking pictures with his oversized tablet. He wasn’t making goofy faces at me. He wasn’t obliging a photo-op. He was just being… Tito Fidel.

Choosing a parangal picture never gets quicker, it never gets easier. But it is indeed, a great honor.