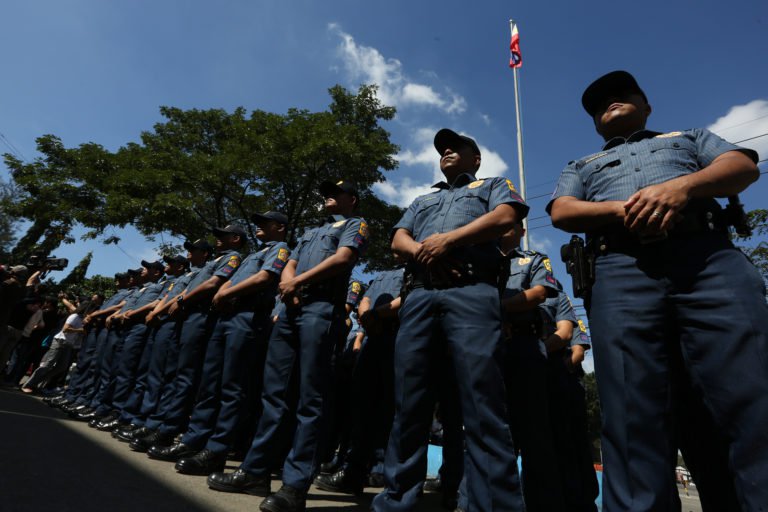 While the Commission on Human Rights (CHR) saw improvement in the police’s anti-illegal drug operations, the Philippine National Police (PNP) could not promise that no one will be killed in its controversial anti-illegal narcotics campaign.

“We are happy about that comment. Hopefully, the prevailing situation in that regard would remain,” PNP spokesperson Chief Supt. John Bulalacao said in a press briefing on Monday.

“But just the same, we could not assure you na talagang mawawala na yung (that we would completely eradicate) incidents of deaths during police operations,” he added.

In a television interview, CHR spokesperson Jackie de Guia said that there was an improvement in the implementation of the police’s crackdown against illegal drugs.

De Guia, however, said that it would too early to comment on the development.

(But we are still monitoring how they implement Oplan Tokhang. Of course, that’s just one component of the campaign against drugs. There are a lot of operations happening everyday, we are also monitoring those.)

PNP deputy spokesperson Supt. Vilmilee Madrid said on Friday that 53 drug suspects have been killed since the police rejoined the drug campaign in December last year.

Madrid said the casualties “most probably” fought back against authorities during operations.

“Because as we always say, the subjects of police operations have normally unstable minds. Because of their paranoia, they put up fight against police officers that result in encounter and most of the time, unexpected deaths of individuals,” Bulalacao said.

The PNP was removed from Duterte’s bloody crackdown against illegal drugs in October last year amid public outrage over the deaths of teens Kian Loyd delos Santos, Carl Angelo Arnaiz, and Reynaldo “Kulot” de Guzman in the hands of policemen.

It was returned in December to assist the Philippine Drug Enforcement Agency (PDEA), which had limited manpower and resources to conduct anti-drug operations.

Tokhang, a mix of Visayan words “katok” that means to knock and “hangyo” or plead, involves policemen doing house-to-house visits of suspected drug criminals and asking them to surrender.

It is now being implemented from 8 a.m. to 5 a.m. by four-man teams of “Tokhangers,” or a group of policemen who are authorized and trained to conduct the campaign.

Tokhang operations, under the PNP’s new guidelines, should be joined by a representative from the barangay council, human rights group, or religious sector. Operatives are also not allowed to enter a suspect’s house. /cbb