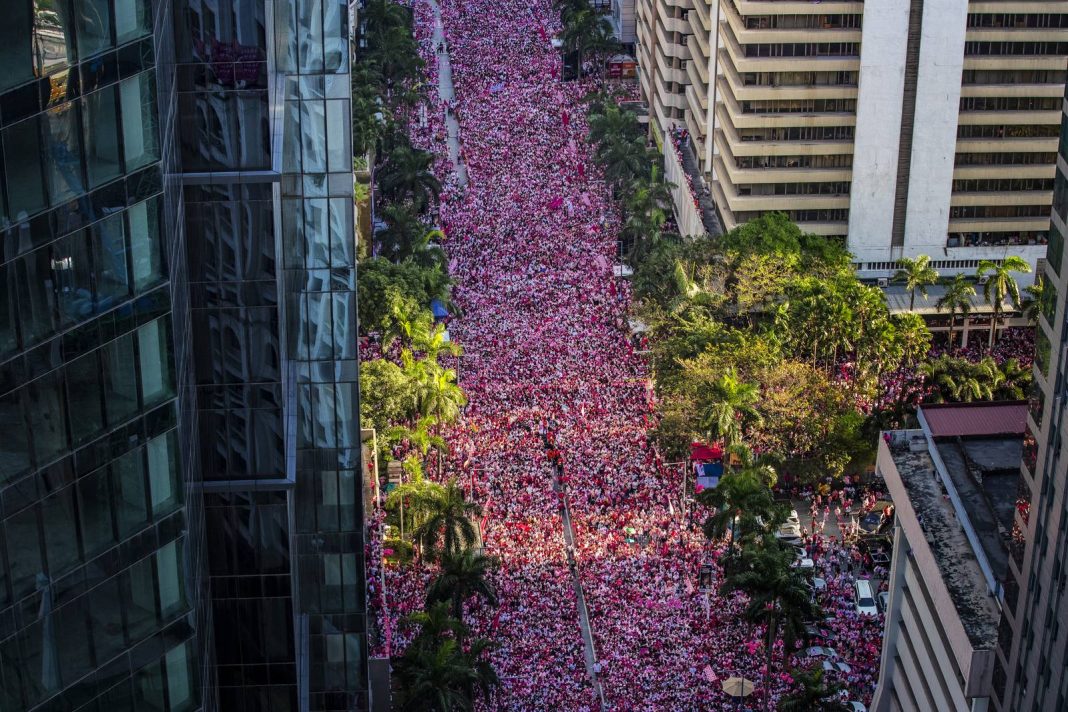 MANILA, Philippines — For linking presidential candidate and Vice President Leni Robredo with the communist movement, three separate complaints have been filed on Wednesday against Lorraine Badoy, one of the spokespersons of the government’s National Task Force to End Local Communist Armed Conflict (NTF-Elcac), before the Office of the Ombudsman, seeking her preventive suspension from office.

The complainants, composed of 26 rights activists, teachers, youth leaders and concerned citizens led by their lawyers Antonio La Viña and Rico Domingo, trooped to the Office of the Ombudsman filing the complaints alleging that Badoy, an undersecretary for the Presidential Communications Operations Office, committed multiple violations of the Anti-Graft and Corrupt Practices Act and Ethical Standards of Public Officials and Employees over her Red-tagging of the vice president.

The complaints stemmed from Badoy’s series of social media posts insinuating that the vice president has received an “endorsement” from the Communist Party of the Philippines and its armed and political wings—the New People’s Army and the National Democratic Front.

Badoy, a staunch critic of the Left, then accused Robredo of being “in alliance” with the communist movement in the country.

Robredo had already denied the allegations hurled by Badoy.

The first complaint was filed by seven personalities and among them were former Kabataan Rep. Raymond Palatino, journalist Pocholo Concepcion and Delfin Castro Jr., the elder brother of the arrested Dr. Natividad Castro, who was also “Red-tagged” by Badoy.

The second complaint was lodged by teachers Vladimer Quetua and Ophelia Tabacon while the third one was from a group of students.

They are all asking Ombudsman Samuel Martires to have Badoy investigated for her actions and determine the appropriate charges against her, and to serve preventive suspension against her.

At a news conference in Quezon City after the filing of complaints, La Viña said this was “only the first” of the sets of complaints they have filed.

“There will be other personalities also…but we can’t reveal their names now,” he told reporters.