Delta is ‘pandemic of unvaccinated’ bigger than breakthrough infections 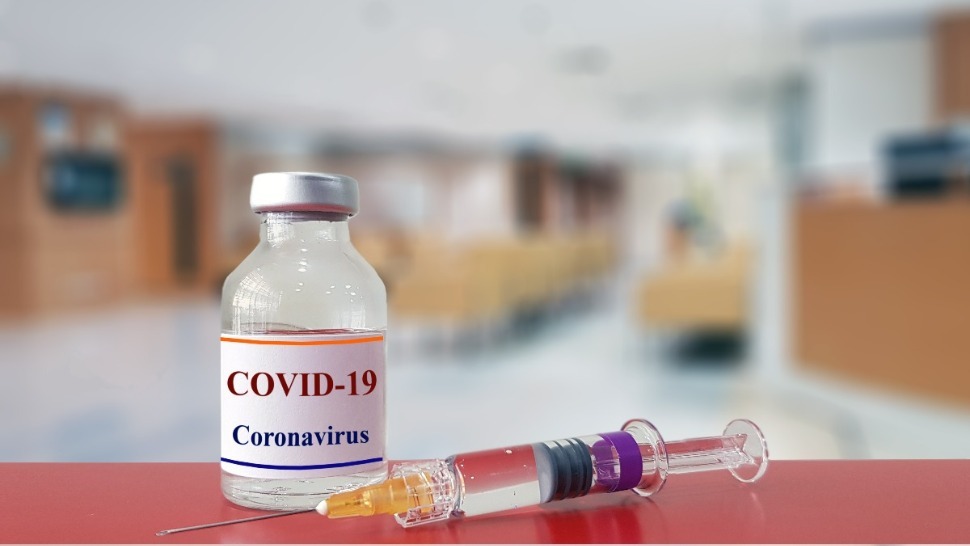 MANILA, Philippines—The spread of Delta, a variant of SARS Cov2, is now considered as a “pandemic of the unvaccinated” which is making vaccination a more urgent measure to fight COVID-19 even if rare infections emerge among those already fully vaccinated.

Scientists are one in concluding that vaccines are highly effective in preventing COVID-19, the disease, but are also in agreement that these scientific interventions are not 100 percent successful in preventing transmission of SARS Cov2, the virus that causes the disease and its mutations.

Viruses are technically non-living things that need living cells as hosts to multiply, according to mutliple scientific studies. In the case of SARS Cov2, the main hosts are humans.

Experts have coined a term for infections among individuals who had already received one or two doses of vaccines—breakthrough.

In the Philippines, health authorities had announced that breakthrough infections represented only 0.0013 percent of 9.1 million fully vaccinated individuals, or those who had already completed two-dose regimens.

The infinitesimal number is consistent with those presented by global studies on vaccine efficacies and the chance of breakthrough infections emerging among the fully vaccinated. It showed, however, a claim of higher success in the vaccination program which was better than in countries with far more bigger vaccine supplies and higher injection rates.

Breakthrough infections are not impossible but are rare and do not mirror vaccine effectiveness against COVID-19, which is caused by SARS Cov2 and its variants, according to international experts.

“Anecdotal and news reports can make it feel like breakthrough infections are happening everywhere we look,” said a report on the website of MITMedical, a century-old institution providing medical care and training to the MIT community.

“But we need to view those numbers in light of the total number of vaccinated people,” it said.

The MITMedical report cited data from the US Centers for Disease Control and Prevention (CDC) showing an estimated 35,000 breakthrough infections per week in the US, which would appear to be a large number. But taken alongside the total number of vaccinated people—164 million in the US by the time of the MITMedical report—the 35,000 breakthrough infections represented only 0.02 percent of the fully vaccinated.

“Breakthrough infections are expected,” said MITMedical. “No vaccine is perfect but it’s useful to consider just how good these vaccines are,” it said.

“Breakthrough illnesses are no fun but a breakthrough infection is unlikely to land you in the hospital—or worse,” said the report on the MITMedical website.

The CDC in a report last July, said only 6,587 vaccinated Americans got sick with breakthrough infections enough to be hospitalized out of more than 164 million fully vaccinated people. This was just a rate of about 0.003 percent, the MITMedical report said.

In the US, at least 1,263 out of 164 million fully vaccinated people had died because of breakthrough infections, or a rate of just 0.0008 percent, according to the MITMedical report.

The New England Journal of Medicine (NEMJ), in an August 2021 report on its website, said breakthrough infections are to be expected.

“Because no vaccine is 100 percent effective, breakthrough infections have been expected from the start of the vaccine rollout,” it said in the report.

The website LiveScience, which keeps track of pandemic developments worldwide, said in Washington DC alone, more than 299,000 residents had already been fully vaccinated as of Aug. 1, 2021.

“In this population, the highest rate of breakthroughs was seen in those who got the Johnson and Johnson shot—77 people or 0.32 percent of 24,000 recipients,” LiveScience said.

The second highest breakthrough infection rate, LiveScience said, was among those who got Pfizer—308 or 0.2 percent. At least 162 Moderna recipients, or 0.13 percent, still got infected.

Citing a report by the Oklahoma State Department of Health, LiveScience said in its report that as of Aug. 2, more than 1.5 million people in the state had already been fully vaccinated.

In the Philippines, those studying the efficacy of vaccines may need to look at the brands being used in the vaccination program. The predominant is CoronaVac, the vaccine made by Chinese company Sinovac.

The efficacy rate of CoronaVac differed according to various reports.

According to a report in Lancet, a leading medical journal, Coronavac “has been shown to be well tolerated with a good safety profile in individuals aged 18 years and older in phase one and two trials.” In phase three trials conducted in Turkey, CoronaVac also had a high efficacy rate.

Phase three trials of CoronaVac yielded efficacy rates of 65 percent to a little over 80 percent on second doses, Lancet said in its report.

“CoronaVac has high efficacy against PCR-confirmed symptomatic COVID-19 with a good safety and tolerability profile,” said the Lancet report. PCR referred to polymerase chain reaction, a kind of test for coronavirus that is considered to be the most reliable.

In a separate report, World Health Organization (WHO) said its studies showed that CoronaVac “prevented symptomatic disease in 51 percent of those vaccinated and prevented severe COVID-19 and hospitalization in 100 percent” of adults 18 years or older in clinical trials.

But the same WHO studies, according to a report on the BBC website, said CoronaVac efficacy for adults over the age of 60 “could not be determined” because only a few adults in that age range took part in the trials.

“However, there is little data about its effectiveness against the Delta variant,” the BBC report said.

The report on MITMedical said vaccines did not immediately need high efficacy rates to get approval from the US Food and Drug Administration (USFDA).

“To win approval, a vaccine should be shown to ‘prevent disease or decrease its severity’ in at least 50 percent of people who are vaccinated,” the report on MITMedical said of the standard set by the USFDA.

“It might seem like a low bar, but that’s comparable to the annual influenza vaccine, which prevents millions of illnesses and thousands of deaths every year,” said the MITMedical report.

The MITMedical report said breakthrough infection was too broadly defined by the US CDC to encompass “everyone from completely asymptomatic individuals identified through surveillance testing to people who become severely ill, end up in the hospital, or die.”

“But from the beginning, the COVID vaccine was aimed at preventing illness, not infection,” the report said. “And all available data” show that vaccines are good at illness prevention.

“Vaccinated people are well protected from severe illness,” said the MITMedical report. “As with the annual flu shot, people who become ill with COVID-19 after vaccination generally get a whole lot less sick than they otherwise would have been,” the report said.

“Because the overall efficacy of the COVID vaccines is so much higher than your annual flu shot, they are much more protective against serious illness than your yearly flu shot,” said the MITMedical report. “Even with the Delta variant.”

To highlight the risks of Delta on those who have not been vaccinated yet, the MITMedical report cited the case of the US state of Virginia, which provides separate COVID case totals for vaccinated and unvaccinated individuals. “The unvaccinated,” said the report, “constitute more than 98 percent of hospitalizations.”

CoronaVac, the vaccine brand most used in the Philippines, works by introducing deactivated particles of SARS Cov2 into the body to generate immune response without risking serious disease.

Several other vaccine brands work in different ways, according to Yale University in a report on its website.

Citing a hospital study done in Singapore, the MITMedical report said researchers found that vaccinated individuals carried a smaller viral load than those who are not vaccinated.

“In other words, even if vaccinated individuals are equally infectious early in the course of a breakthrough infection, it appears that they stop shedding virus at least three days earlier on average,” said the MITMedical report.

MITMedical director Cecilia Stuopis was quoted in the report as saying Delta made it everyone’s responsibility to keep communities safe even if the rate of vaccinations in many places was increasing. “To keep our community safe, we need to be willing to add additional layers of protection for now—masking indoors, distancing and avoiding risky situations,” the report quoted Stuopis as saying.

“The virus isn’t going away and we can’t control how it will evolve, but we can control how we respond and that can change the course of the pandemic,” Stuopis said.