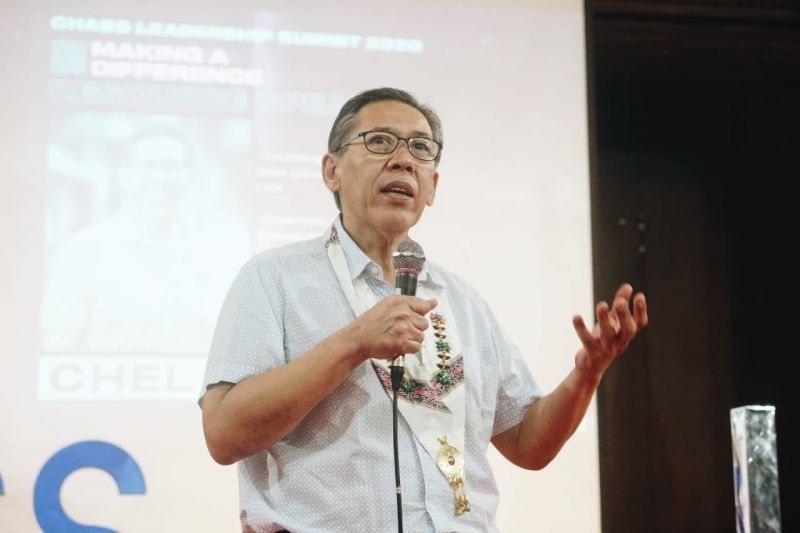 MANILA, Philippines — Former Solicitor General Jose Anselmo Cadiz leads the group of eight lawyers who will present, on the behalf of the 37 petitioners against the anti-terrorism law, in oral arguments next week.

In compliance with Supreme Court order, the petitioners on Wednesday submitted a joint manifestation informing the court of the eight lawyers who will argue on six clusters of issues in 37 petitions questioning the constitutionality of Republic Act 11479 or the Anti-Terrorism Act of 2020.

The oral arguments will be held on January 19, more than six months since President Rodrigo Duterte signed the controversial measure.

Since the law’s enactment, two Aetas have been charged for supposed violation of the law and the Anti-Money Laundering Council has been empowered to freeze assets related to the Communist Party of the Philippines and New Peoples’ Army, which the Anti-Terrorism Council has designated as terrorists.

The petitioners and Solicitor General Jose Calida, representing the government officials named as respondents, are given 45 minutes each to present their arguments.

Former SolgenCadiz and lawyers Chel Diokno and Alfredo Molo III will present arguments on whether the petitioners have legal standing to sue and whether the petitions have an actual and justiciable controversy. They will also touch on arguments that Section 4 that defines terrorism is void for vagueness or overbroad.

Cadiz serves as legal counsel for the Integrated Bar of the Philippines, while Diokno, chair of the Free Legal Assistance Group, represents the opposition lawmakers, Framers of the Constitution, human rights lawyers and journalists. Molo meanwhile serves as the legal counsel of the University of the Philippines College of Law faculty, and former SC Justices Antonio Carpio and Conchita Carpio-Morales.

The three will argue for the issuance of a temporary restraining order or a status quo ante order —  the immediate relief that a majority of petitioners seek from the court — and RA 11479 should be declared as unconstitutional in its entirety should SC finds that the definition of terrorism, under Section 4, and the powers of the Anti-Terrorism Council are constitutionally infirm.

A majority of the petitioners had pressed the SC to issue a Temporary Restraining Order or Status Quo Ante Order to restrain the government from implementing the law months before the oral arguments.

Powers of the Anti-Terrorism Council

Lawyer Evalyn Ursua, representing journalists and artists, will present arguments on whether the powers of the ATC are unconstitutional and whether the Anti-Money Laundering Council’s authority to investigate and freeze assets violate the separation of powers and right to due process and right against unreasonable searches and seizures.

Under the law, the ATC may designate an individual or groups, upon finding of probable cause, as terrorists. Following this, AMLC may freeze their assets.

Rep. Edcel Lagman (Albay) meanwhile will present arguments against Section 29 of the law on Detention Without Judicial Warrant of Arrest.

Under this provision, law enforcers, upon authorization by the ATC, may take custody of a suspected terrorist for up to 14 days, extendible for another 10 days, before judicial authorities are informed.

Lagman will also discuss whether the powers of the ATC to authorize arrest and detention without warrant and based on mere suspicion are unconstitutional and violate several rights.

Rights lawyer Neri Colmenares of the National Union of Peoples Lawyers meanwhile will discuss whether Sections 5 to 14 of the law, penalizing threats to commit terrorism, planning, training, preparing, and facilitating terrorism, conspiracy, proposal, inciting to terrorism, material support, and other related provisions violate the prohibition against ex post facto laws and bills of attainder.

The NUPL represents 44 activists, journalists, academics, religious and civil libertarians in the tenth petition filed against the law. The group of rights lawyers and its chapters also represent other petitioners.

The Moro and IP’s experience

Moro lawyer Algamar Latiph meanwhile will discuss whether the anti-terrorism law violates the Indigenous Peoples and Moro’s rights to self-determination and self-governance.

The Latiph petition cited several instances as recorded in jurisprudence that petitioners said would show “arbitrariness in the determination of ‘suspected person.”

IP’s have also assailed the law for violating their right to self-determination. In a petition prepared by constitutional lawyer Tony La Viña for IPs, they said: “This historical position of disadvantage along with the government’s neglect to respect and recognize indigenous peoples’ rights [has] often found government and indigenous peoples at opposing ends of huge government projects.”

They continued: “The indigenous peoples assertion of their rights and their consequent opposition to development aggression should never serve as a justification for red-baiting or red-tagging since it is but an exercise of their constitutionally guaranteed rights to self-determination.”