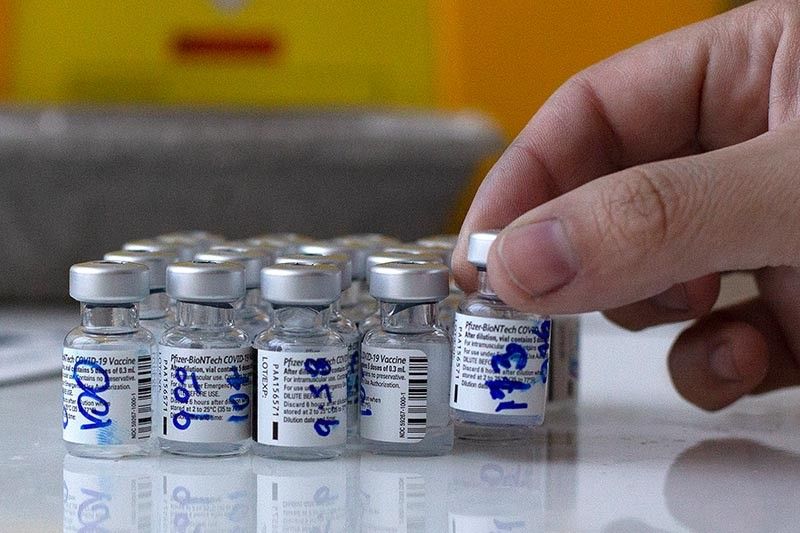 MANILA, Philippines — The Emergency Use Authorization granted by the country’s Food and Drug Administration to Pfizer’s COVID-19 vaccine stays as authorities wait for a report from the American drugmaker on the deaths of elderly people in Norway.

Pfizer is the only pharmaceutical firm that has so far obtained EUA from the local FDA for its vaccine, which has an efficacy rate of 95% in preventing COVID-19.

Health Undersecretary Maria Rosario Vergeire said the American drugmaker needs to submit a report to the FDA on the reported deaths of elderly people with serious underlying health conditions in Norway after receiving Pfizer shots.

“Once we evaluate the report, the FDA can decide on the EUA based on its conclusion. For now, there is no sufficient evidence yet to say that the deaths were caused by the vaccine so we will still be on status quo for the EUA we issued to Pfizer,” Vergeire said in Filipino.

During a House hearing on the government’s COVID-19 vaccination program, FDA Director General Eric Domingo said they are waiting for the final report from Pfizer and Norwegian agencies on the matter.

Vergeire said the deaths should be understood in the context that the Pfizer vaccine was administered to old and critically-ill patients housed in a facility in Norway.

“They’re saying this might just be coincidental because the patients are severely ill and even minor reactions to vaccine may have affected them,” the health official said.

“They would want to look at it further but for now, they are saying they don’t think it’s related. But of course, studies have to be done so we can be able to validate and say it there is causality or it was an effect of the vaccine,” she added.

In an interview on ABS-CBN New Channel, Dr. Edsel Salvana, an infectious disease specialist, said it is possible that Pfizer jabs may have “contributed to their demise but they (Norwegian authorities) are not categorically stating that it is the vaccine that caused the death.”

“It may have contributed because common side effects like fever, chills from the vaccination, which are pretty much harmless in young people, may actually stress out these elderly people who have a lot of other comorbid condition,” said Salvana, a member of the DOH Technical Advisory Group.

The authorization given by the FDA last week clear the Pfizer vaccine for use in people aged 16 and above. It can only be administered by health professionals who are trained to recognize and manage severe allergic reactions.