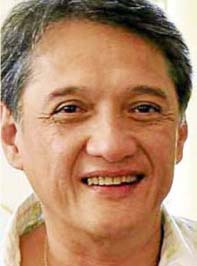 Davao Del Norte Rep. Antonio “Tonyboy” Floirendo Jr. was formally charged with graft before the Sandiganbayan due to his involvement in the joint venture agreement between the Bureau of Corrections (BuCor) and Tagum Agricultural Development Company (TADECO) back in 2003.

In the charge sheet filed yesterday but was not released to the media, Floirendo was charged with violation of Section 3(h) of R.A. 3019, also known as the Anti-Graft and Corrupt Practices Act.

His charge is in relation to the contract entered into by BuCor with TADECO on May 21, 2003.

On July 11, 1969, TADECO already signed a contract with BuCor for the former’s right to use and develop a banana plantation of 3,000 hectares within the Davao Penal Colony, which would last 25 years.

Based on the new contract, BuCor will receive a guaranteed annual production share of P26,541,809 as well as profit shares, and it will increase by 10 percent every five years just as long as TADECO is allowed to use 5,308.36 hectares of land.

Floirendo, who was serving as the Representative of the 2nd District of Davao Del Norte from 2001 to 2004, owned most of TADECO’s shares of stocks.

He had 75,000 shares of TADECO, or equivalent to 89 percent of its outstanding capital stock at the time of the 2003 agreement.

But because Section 3(h) of R.A. 3019 prohibits local officials from having financial or pecuniary interest “in any business, contract or transaction in connection with which he intervenes or takes part in his official capacity,” the Ombudsman said that Floriendo violated the law.