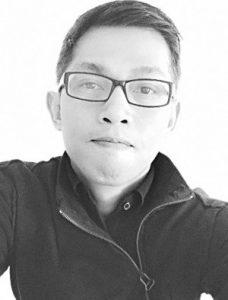 Actress Liza Soberano ain’t the first actress to approach Gabriela to talk on girls’ and women’s rights. And she won’t be the last.

Founded in 1984 by the likes of Sr. Mary John Mananzan and Maita Gomez, Gabriela first standing up against the kleptocrat and brutal Marcos dictatorship.

Gabriela initially fielded a nominee under Bayan Muna and later ran under its own Gabriela Women’s Party to promote its causes in the male-dominated Congress. Its legislative achievements are too important to the better half of our population to be glossed over – Republic Act 9262, the law against violence against women, and Republic Act 9208, the law against trafficking of persons.

From 1984 up to the present, Gabriela transformed itself into the top-of-mind and actually peerless national organization of Filipino women.  There’s no other organization as fierce and credible, so much so that in the year 2000, Gabriela topped a poll on the most popular people’s organizations in the country.

In a country whose laws are as patriarchal and as sexist as the Philippines, Gabriela is the go-to organization for victims of discrimination, sexual harassment in the community, schools, and workplaces, molestation, and rape. Women, and yes including trans-women, know they can trust Gabriela.

Gabriela fought hard to dismantle the US military bases whose personnel objectified and endangered Filipino women.

Gabriela was the nightmare of sexual predators US soldiers Lance Corporal Daniel Smith and Lance Corporal Joseph Scott Pemberton. The victims fought hard to prosecute and convict them, but their own government worked against them.

Gabriela also promoted and encouraged LGBT organizations starting with ProGay Philippines, one of the lead organizers of the country’s and Asia’s first Pride March.

Gabriela has stood up against a dictator, several other presidents, the US military, the Japanese government, and sexual predators of all stripes.  No wonder, Gabriela enjoys the trust and confidence of women. No wonder it has never lost a party-list election.

The list of artists and other celebrities who have approached Gabriela for help is a who’s who in society. They join many nameless and faceless mothers, daughters, aunts, students, co-workers who look up to Gabriela for defense and support against predators and molesters.

There are Gabriela chapters around the country and around the world: Gabriela is there wherever Filipino women are raising their awareness on gender concerns and national issues. There’s a Gabriela Professionals and Gabriela Youth.

It is thus no surprise that Liza Soberano approached Gabriela. Liza wishes to stand up for every girl and women suffering silently, and Gabriela endures in its causes. Liza and Gabriela is simply a collaboration just waiting to happen.

Lt. Gen. Antonio Parlade Jr. has accused Gabriela of “deceiving” or “trying to deceive” Liza Soberano. In his conception of the world, Gabriela is nothing more than a “communist front” unworthy of Liza’s trust, and that his voice and view matter more than Liza’s own mind and intelligence.

Other artists and celebrities have thrown their support behind Liza, standing up to the sexism, red-tagging, and red-baiting. And rightly so. They have explained it rather well: Parlade cannot fathom that in 2020 a woman like Liza can think for herself.

People have tried to link Gabriela to the Communist insurgency, but the cases have all been dismissed for lack of evidence and merit. Disqualification cases too have been trashed by the Commission on Elections.

To some people, Gabriela is no different from the New People’s Army. They see no distinction between a national women’s organization composed entirely of unarmed civilians and non-combatants from the New People’s Army. This distinction is important. Parties to an armed conflict are prohibited by national and international laws from targeting civilians and non-combatants.

Filipino women are not easy to scare. The Spanish, American, and Japanese colonial forces met stiff resistance from Filipino grandmothers and mothers, daughters and aunts, sisters and cousins. Theirs is a heroic and fierce patriotic tradition. They have also been maligned many times, portrayed as weaker, less intelligent, less important than men, and unable to think for themselves.

It is not a coincidence that today’s women stand behind the banners of a national women’s organization and party-list named after the fiercest Filipino woman general of the revolution: Henerala Gabriela Silang.