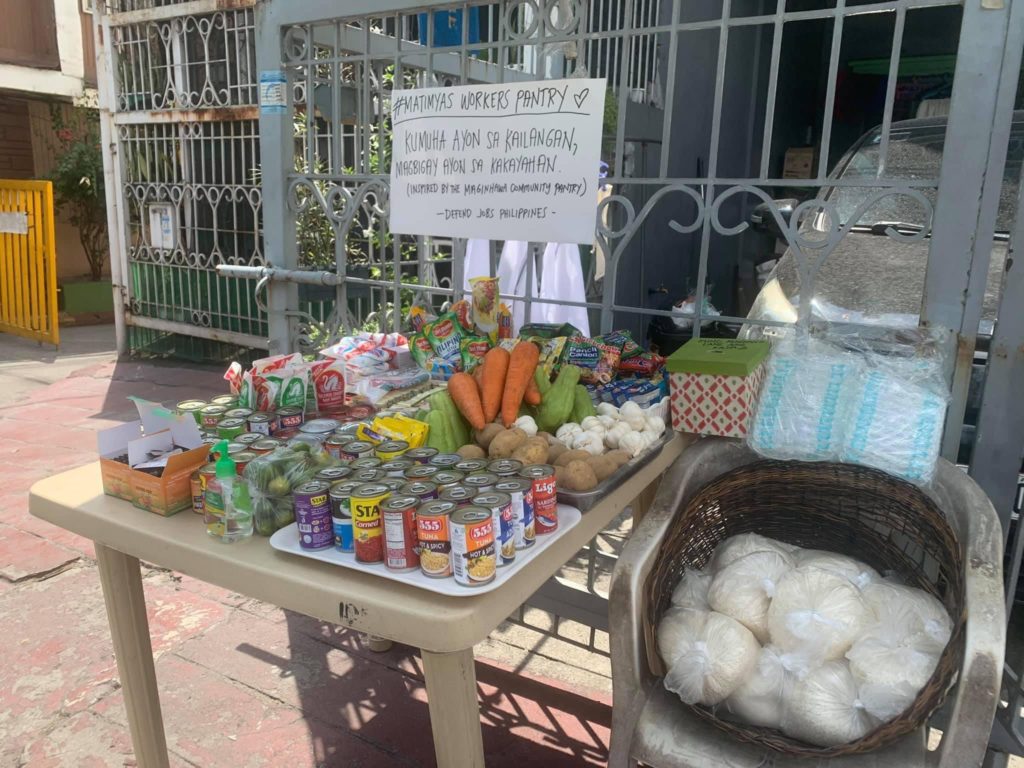 ‘Deeply impressed by the solidarity spirit of the Filipinos,’ says German Ambassador to the Philippines Anke Reiffenstuel as she visits the pioneering Maginhawa community pantry

German Ambassador to the Philippines Anke Reiffenstuel lauded the initiative of Filipinos to set up community pantries all over the country in an effort to extend help to those affected by the pandemic.

Reiffenstuel, who has served as Germany’s envoy to the Philippines since 2019, said the grassroots initiative displayed the “solidarity spirit” of Filipinos. She had visited the trailblazing Maginhawa community pantry led by Patricia Non, whose initiative inspired hundreds to set up similar pantries.

“Been at Maginhawa #CommunityPantry today, donated food items. Deeply impressed by the solidarity spirit of the Filipinos. Great respect for the volunteers and the initiative,” Reiffenstuel said on Twitter.

In the recent week, citizens in various areas all over the country have put up in marked common areas carts stocked with food, hygiene products, alcohol, and other basic necessities to help those who have lost income due to the pandemic.

The carts usually come with signs that read the location of where the pantries were set up along with its working principle: “Magbigay ayon sa kakayahan, kumuha batay sa pangangailangan (Give what you can, take according to what you need).“

While the pantries have been widely lauded as a testament to Filipinos’ bayanihan spirit, they have also faced threats of red-tagging. Various rights and progressive groups, along with several lawmakers, have denounced allegations that the pantries are vehicles for communist propaganda.

Despite threats, many community pantries push on and continue to operate in many areas throughout the country.

Some Timorese then launched their own pantry in Bairro Farol in Dili. Philippine embassy personnel were assisting the local organizers. – Rappler.com