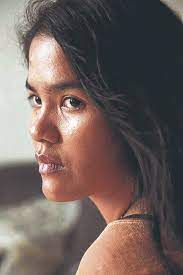 MANILA, Philippines — To agents of the state, Kerima Lorena Tariman was a “terrorist” — as the military described the two New People’s Army (NPA) rebels, one of them later identified as Tariman, who were killed in an encounter with government troops on Friday.

But to her comrades, associates, friends, and relatives, Tariman, 42, was committed in everything she did as a mother, journalist, artist, and poet.

Tariman and a comrade of hers identified only as “Pabling” were among the three fatalities in Friday’s encounter between the NPA and soldiers of the 79th Infantry Battalion at Hacienda Raymunda in Silay City, Negros Occidental.

The third fatality, according to a social media post by the 303rd Infantry Brigade, was Private First Class Christopher Alada, who was wounded in the clash and later died at the Silay District Hospital.

According to the Army’s version of the encounter, they were alerted by “farmers and civilians in Hacienda Raymunda [to] the presence of CPP (Communist Party of the Philippines)-NPA terrorists.”

The Army said further, “[A]n encounter transpired…at around 6:00 A.M., …[a]fter which the NPAs scampered in different directions leaving” their two fallen comrades—one of them “a dead female NPA terrorist member believed to be their political officer aka ELLA, …believed to be a native of Albay.”

Juanito Magbanua, spokesperson for the NPA’s Regional Operational Command in Negros Island, said in a statement on Saturday: “The masses of Negros have Ka Ella and Ka Pabling deep in their hearts. They mourn the death of revolutionary martyrs who fought for their liberation from decadeslong feudal exploitation.”

Their deaths were a “sacrifice that reminds us to steel our commitment to the revolutionary cause and fearlessly take on their unfinished tasks until revolutionary victory,”

One of three daughters of music critic, journalist and impresario Pablo Tariman, the younger Tariman became involved in a milieu that was a world apart from the concert halls and opera productions where her father thrived.

But Pablo Tariman said he always respected Kerima’s choices and the path she took, saying “I am proud of my daughter. I like the way she lived her life in poetry and commitment. I was ready for this death years back.”

No matter their divergent paths, father and daughter shared an affinity to poetry. In Kerima’s case, she sought to connect poetry with a humanism that friends have come to observe in her regard of the conditions of the Filipino people.

But she also had a lighter side. To close friends, “Kelot,” as they called her, was the regular “chill” girl who played the guitar and laughed at jokes.

On graduating salutatorian from the Philippine High School for the Arts, “She went up the stage barefoot—lapat sa lupa,” recalled professor Rommel Rodriguez of the University of the Philippines (UP).

Rodriguez also remembered Tariman as identifying herself with the “Joey” character in the 1982 film “Moral,” the flirt who awakens to activism as portrayed by Lorna Tolentino.

Like Joey, “she too was quiet but brave,” Rodriguez said. “They were also both very beautiful.”

Yet there was no denying the depth of her personality in everything she endeavored, from poetry to her political work. Rodriguez said she was a woman of few words, “but her thoughts and writings said a lot more.”

Tariman entered UP in 1996 as a journalism student but later shifted to Philippine Studies. She left the university four years later to become involved in community work.
Friends were not surprised by Tariman’s joining the armed struggle, Rodriguez said.

Tariman had already experienced harassment by the military because of her politics. In 2000, when she was managing editor of the Philippine Collegian, she was arrested and detained while in Isabela province to research about the peasant communities there.

“I was only hoping to gain a better understanding of the peasant situation in that area,” she said in a 2012 interview with fellow activist Sarah Raymundo. “But the whole experience, from living with the peasants to my arrest and detention, is an indispensable lesson on the reality of class struggle.”

When her husband, artist and activist Ericson Acosta, was detained in 2011, she led a campaign that culminated in his release two years later.

Poet Vim Nadera said of Tariman: “Kerima knows the value of people, of the land, and of poetry. As a poet, she also understands the merit of conflict. She sought to make her actions more valuable than words.”

Journalist Len Olea described Tariman as the “finest poet of our generation,” and journalist and filmmaker Ilang-ilang Quijano, paying tribute to Tariman, has done a translation of a poem she wrote, “Salaysay at Kasaysayan” (Narrative and History) from her last published book in 2017, “Pag-aaral sa Oras: Mga Lumang Tula Tungkol sa Bago” (Reflections on Time: Old Poems about the New).

In a farewell poem-tribute to his daughter, Pablo Tariman recalled how Kerima “took to poetry/the way swans took to water.”