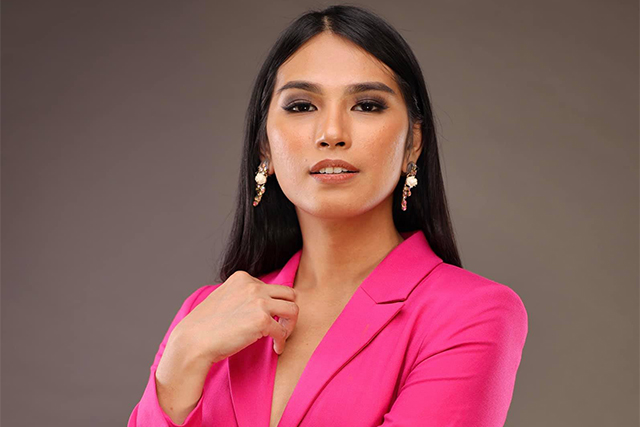 The Filipina transgender, who is the first-ever winner of the particular international beauty pageant, shared that while she might not be “famous,” she does not need to be a local celebrity to speak out on society’s issues.

She shared screengrabs of some negative comments from social media users following her reactions to recent issues, including her opinion on Duterte’s remarks about the “#NasaanAngPangulo” hashtag.

Habijan on Thursday responded to Panelo who defended himself after the camp of Vice President Leni Robredo disputed his claim that she boarded a government-owned C-130 plane when she provided relief goods to the Bicol Region.

Barry Gutierrez, Robredo’s spokesperson, said that Panelo “should get his facts straight” after the latter claimed that the vice president “rode a government plane” instead of going to Catanduanes on her own.

“It’s sad that Vice President Leni is helping those affected by the typhoon and floods and instead of support, defamation and lies are being thrown. What are they? Public servants or trolls?” Gutierrez said.

Panelo previously claimed the following: “VP Leni, I thought that you went on your own when you went to Catanduanes. Turns out you rode a government plane and went along with relief goods. So it looks like you were the one who brought them.”

He was quoting Defense Secretary Delfin Lorenzana who also claimed that Robredo rode a “military plane” when she traveled to Bicol to help victims of the recent typhoons.

Lorenzana has since apologized.

Panelo, meanwhile, said that he was “not peddling false news.”

Military spokesperson Major General Edgard Arevalo said that there is nothing wrong with the vice president using their “naval, land, or air assets” for typhoon-related efforts, as long as her office properly coordinates with them.

Habijan learned about Panelo’s response where he denied “peddling false news” and then tweeted the following as her comment:

Habijan also shared her reactions to Duterte’s recorded speech aired Tuesday night where he insinuated that Robredo was supposedly the one behind the viral “#NasaanAngPangulo” hashtag.

It trended when Typhoon Ulysses severely affected parts of Luzon, including Metro Manila and other regions, as Filipinos asked for updates about the national government’s response in terms of rescue efforts.

The similar hashtag also gained traction when the public asked about former president Benigno Aquino III‘s whereabouts when his lack of presence was noticed upon the arrival honors of the slain SAF 44 of the Mamasapano clash.

Robredo, meanwhile, has never asked about Duterte’s whereabouts on Ulysses’ onslaught. She also shared updates on her office’s relief operations following his accusations to her on national television.

Habijan tweeted the following amid the chief executive’s Tuesday speech when he addressed the hashtag:

Duterte said that he attended the 37th ASEAN Summit and that government resources have already been deployed “two or three days” before “Ulysses”‘ onslaught over Luzon.

“Ngayon kung sabihin mo may emergency, natutulog ako sa umaga, hindi ako natulog noon. Gising ako ng umaga because of the summit. At same time, I would go and whisper to the military guys in the room of how was it developing and what was the reaction of our government people there and the resources,” he said in a national address that aired Tuesday evening.#