PH celebs explode in anger over Duterte’s ‘meltdown’ vs Robredo 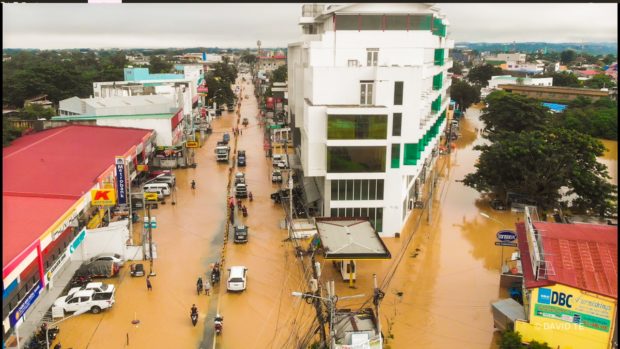 MANILA, Philippines — Alessandra de Rossi, DJ Chacha, and several celebrities slammed President Rodrigo Duterte as he lambasted Vice President Leni Robredo for allegedly “grandstanding” and lying to the public for allegedly spreading talk he was missing in action during the height of Typhoon Ulysses.

(Can’t you just say thank you? I wasn’t informed that this was a contest.)

(Nobody’s trying to compete with you. It’s just that you’re always late.)

Actress Mela Franco Habijan, meanwhile, said that Duterte was only ruining himself.

(Digong, the only person you are truly ruining is yourself. People won’t look for you if you just took action.)

(And let’s side with the truth: VP Leni has done a lot You just run your mouth.)

For singer Bituin Escalante, she asked Duterte what his role really was.

(You just rant, gossip, and are full of profanities. Are you a president or a lollygagger by the corner?)

And Janine Gutierrez, quoting a tweet from organization #MentalHealthPH that read “11:11 it’s okay to unfollow/unfriend for your mental health”, had this to say in response: “How to unfollow president? pls advise.”

In his address to the nation that was originally about the government’s COVID-19 response and the recent spate of typhoons, Duterte lashed out at Robredo to allegedly criticize him for his absence the onslaught of Ulysses.

“I would like to give a caution to the Vice President. She made a blunder, a big one, and she practically lied, making her incapable of truth. Iyong pakana niya na wala ako noong bagyo (I wasn’t here during the typhoon), I was here. I was attending the Asean Summit,” he said.

During the onslaught of Ulysses, the hashtag #NasaanAngPangulo trended on social media as netizens questioned the absence of Duterte, who was attending the 37th ASEAN Summit via teleconferencing.

At one point, a visibly irked Duterte also threatened Robredo that he would get in the way of her chances should she decide to run for the presidency in 2022.

Robredo then shot back at the President, saying that his claim that she criticized him for his whereabouts was not true. The Vice President also told the Chief Executive that helping Filipinos during a calamity was not a contest.

In a chance interview with reporters on Wednesday, the vice president then advised the President to stop being onion-skinned when it comes to criticisms.

(For me, we shouldn’t be onion-skinned about these things because traditionally, people have complaints about whoever is seated as President. It should not be a reason to fight, especially during a time when we should be helping each other.) #