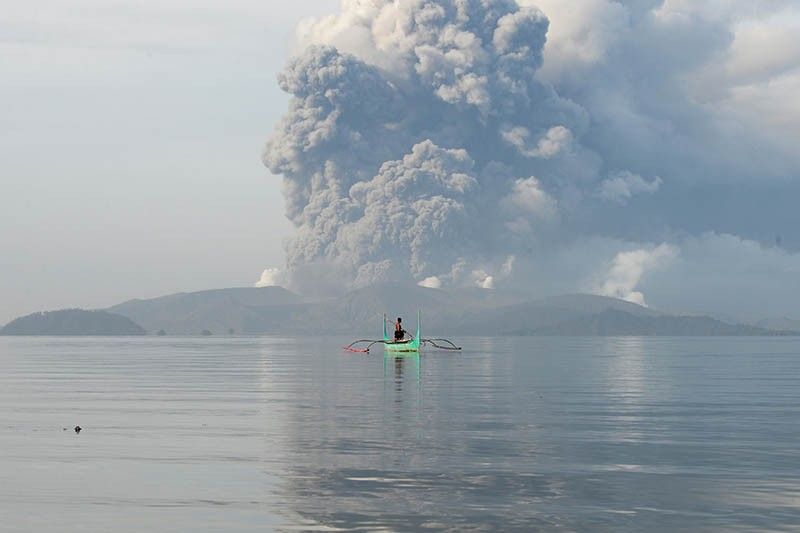 MANILA, Philippines — More than 2,000 people have fled from a volcano eruption that has filled the air near the Philippine capital with toxic gas, officials said Saturday.

Taal Volcano, which sits in a picturesque lake, has been belching sulphur dioxide for several days, creating a thick haze over Manila and several surrounding provinces, and prompting health warnings.

At least 2,400 people have left their homes since the government called for evacuations of hamlets on the lake’s shores, provincial disaster official Joselito Castro told AFP.

“We expect more residents to evacuate over the coming days,” he said, adding that they were seeking refuge either in schools closed by the coronavirus pandemic or in the homes of relatives.

Taal lies just 50 kilometres (30 miles) south of Manila and for much of the past week has discharged volcanic smog that has blotted out the sun in the capital.

Civil defense officials have warned that upwards of 317,000 people could be vulnerable to toxic gas emissions from the volcano under the current eruption’s worst-case scenario.

Taal is one of the most active volcanoes in a nation hit periodically by eruptions and earthquakes due to its location on the Pacific “Ring of Fire” — a zone of intense seismic activity.