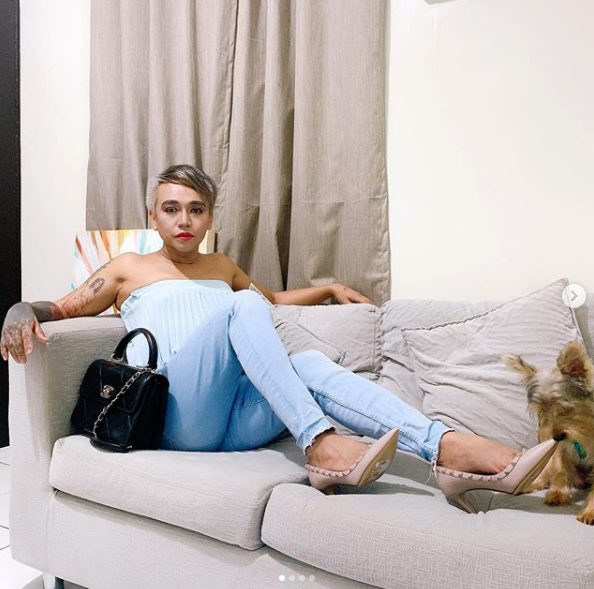 Is it really possible that the family of President Duterte and Mayor Sara didn’t know about Tupas and the company she keeps? Were they in the dark about the PDEA raid and the ‘high-value targets’ associated with Tupas?

At around noon of Monday, November 8, I began to receive frantic messages and calls from Davao-based friends. They were all asking if I’ve heard the reports, and if I’ve weighed in on them.

They were referring to widely-shared photos showing Davao City information officer Jefry Tupas at the party raided by the Philippine Drug Enforcement Agency (PDEA) on November 6 at a resort in Mabini town, Davao de Oro.

I used to know Tupas. We became friends before Rodrigo Duterte became president and when she was still in the intersection of advocacy and journalism. Our common friends on Facebook know we’ve repeatedly crossed swords over Duterte’s incompetence, cruelty, and tyranny. This explains why our friends from the South sent word about the raid and her involvement in it.

As her friend, I spent the next few hours reading up on what little has been reported, mainly the rehashed and rewritten press release from PDEA. The rumors are wilder, with some saying Tupas and her partner were let go on the request of higher-ups; in local lingo, an “arbor.”

In an interview with Rappler, Tupas confirmed that she attended the party.  But she claimed, quite conveniently, that she and her partner left early or an hour ahead of the PDEA raid.

Tupas’ statements to Rappler were terse and unexciting. They were a far cry from the usual that Davaoeños get from the imperious and sharp-tongued informal spokesperson of Mayor Sara Duterte and the city’s information officer.

For the political junkies and journalists out there, Tupas’ social media posts are a major source of news and information about Mayor Sara Duterte, city events, and the mayor’s meetings with important personalities.  Local, national, and international news outlets have long been citing her accounts in their reportage on the activities of the Duterte family.

Perhaps only Senator Bong Go could beat Tupas in terms of access to the Duterte patriarch and family.

Apart from Duterte-related posts that promote and defend her principal to the hilt, she also posts quite regularly about social gatherings with friends even amid the pandemic and her pre-pandemic foreign travels.

My sources in Davao say that deactivating her Facebook account was an attempt to disassociate herself from the 17 persons who were nabbed by PDEA on November 6.

They said that many of them are not mere acquaintances she met only on that date, and that her previous Facebook posts would paint a stark picture: that Mayor Duterte’s information officer is closely and regularly associated with PDEA’s “high-value targets.”

Tupas has made no statement regarding any of the 17 persons at the raid, whether to vouch for them or to deny any links to them. If they were indeed friends, Tupas’ silence and her abrupt decision to delete her Facebook account both tell a lot about her concept of friendship.

Worse, there are Davaoeños who suspect that Tupas was actually there during the raid, only to be freed as an “arbor” of a senior official.

Mayor Duterte has yet to release any statement regarding the incident, although there are reports circulating across the city that Tupas is planning to resign or may be dismissed over the incident.

Is it really possible that the family of President Duterte and Mayor Sara didn’t know about Tupas and the company she keeps? Were they really in the dark about the November 6 raid and the “high-value targets” associated with Tupas?

Tupas has enjoyed the Dutertes’ confidence ahead of the 2016 elections, but especially after.

Mayor Duterte plucked her out of activism and alternative media in 2016 and named her city information officer. Immediately prior to this, Tupas was a writer for the elder Duterte’s media bureau.

But although she is employed by the city government, Tupas has had an outsized reputation owing to her proximity to the mayor and the President.

Tupas may become a headache for Mayor Sara if speculations are confirmed that she will replace and substitute for Senator Bato dela Rosa as presidential candidate for the 2022 elections.

As the furor grows over her involvement in the November 6 beach party, journalists and activists from Mindanao remember stories of their post-2016 interactions with Tupas.

They always expressed surprise over the “big change” from being the “activist” who asked them for assistance like free board-and-lodging during the presidential campaign, and for donations when she had to go to Brussels as a grand winner in the 2015 European Union Peace Journalism Awards.

Tupas won the prize for her article titled “The Teachers of Raja Muda.” One of the highlights of her 2015 trip to Europe was meeting top communist leaders Jose Maria Sison, Luis Jalandoni, and the late Fidel Agcaoili for an exclusive interview at the Amsterdam airport.

Since 2016, though, Tupas has kept her distance from or attacked journalists and activists, stayed close with the Dutertes, acquired expensive new tastes, and picked new sets of friends.

Some of those new friends were arrested at the November 6 which Tupas attended. Did those friends call her frantically to ask for her help? Did she call them to offer hers? Or was it Tupas who tipped the PDEA?

There are a lot of questions waiting to be answered. The people of Davao want to know the truth from their mayor and their city information officer. Importantly, Filipinos across the country also deserve to know.

Meantime, her former friends in Mindanao and Manila are frantically calling and messaging each other, trying to get to the bottom of the raid and to find out what role Tupas had in it. – Rappler.com