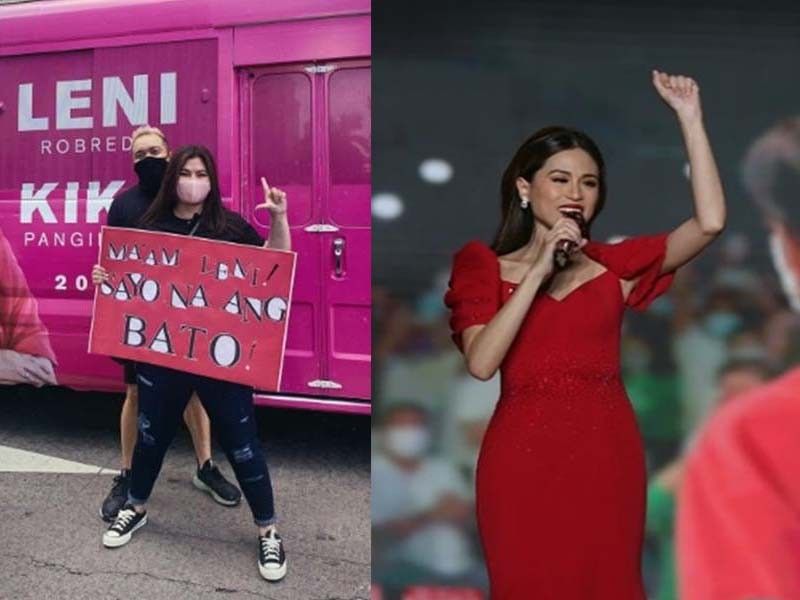 MANILA, Philippines — Actor Robin Padilla’s apparent win at his very first Senate bid was not an overnight success. It took years in the making by working “quietly” with civil groups, earning nods “from Forbes Park in Makati to Forbes in Sampaloc.”

Co-founder and chief reputation architect of marketing and business development consulting firm GeiserMaclang Amor Maclang said that Padilla’s groundwork over the years and choosing not to engage or attack his competitors and critics alike contributed to his win. It also helped that he is “genuinely allied” with the outgoing administration of President Rodrigo Duterte.

Big names such as Padilla used to draw the crowds to sorties. They still do as mammoth crowds gathered at the campaign sorties of both the UniTeam, which Padilla belongs to, and the Leni-Kiko tandem. The two team’s miting de avances held on the last day of campaign on May 7 reportedly reached nearly a million.

Maclang, however, noted that star power does not look like it used to in the days.

Vice Ganda, Angel Locsin, Anne Curtis, Catriona Gray and Gary Valenciano are just a few of the names who were vocal about their support for Vice President Leni Robredo and Sen. Francis “Kiko” Pangilinan who were running for the president and vice president posts, respectively. Ferdinand “Bongbong” Marcos Jr. and former Davao City Mayor Sara Duterte had their fair share of star power with Toni Gonzaga, Andrew E and AiAi delas Alas lending their support for them.

These big names, however, have found a little competition with the influencers or personalities who found their following on social media.

“The public loves celebrities, they have fan armies, buy merchandise, follow their shows religiously. But there is a big, big difference between popularity and influence, particularly when it comes to politics. But even the most humble Filipino voter already knows that the celebrity world has little connection to life’s realities,” she said.

Filipino historian Prof. Michael Charleston “Xiao” Chua, meanwhile, said that star power did help but there are other factors that he thinks affected the elections.

“It helped a lot especially with the ordinary folk to be able for candidates to be more relatable but on the end many other factors decided this election like years of frustration on government institutions and the massive disinformation infrastructure,” Chua said.

He added that in many ways this elections went back to “traditional electioneering” where the local government is tapped to deliver the votes. This time, it is complemented by a massive social media campaign.

Maclang said social media is a series of narratives which she said are “explanations” that people accept as true.

She cited how the camp of presumptive president Marcos Jr. told their narrative over the years, even before this year’s elections.

“This campaign was predicated on the golden age narrative versus the EDSA narrative. BBM (Marcos Jr.) and his family have been very methodically advancing the ‘Golden Age’ narrative for years. Yes, they did it in schools, but they also did it on YouTube, on social media and they did what any good influencer does; they slowly built up their audience, their fan base and turned it into an army which turned into 30+ million votes,” Maclang noted.

The Golden Age narrative claims that the years that Ferdinand Marcos Sr. served as president for 21 years, from 1965 to 1986, was an era of prosperity and economic progress for the Philippines. Proponents said it was the time that many infrastructures, some of which still stand today, were built. These were possible with loans incurred over time.

World Bank and International Monetary Fund record show that by the time Marcos Sr. stepped down in 1986, the foreign deficit amounted to $28.3 billion from $360 million in 1962.

Maclang said that the Marcos’ camp tapped into the feeling of disenfranchisement many Filipinos felt for the Manila-based elite. In addition, social media specifically video-sharing platforms like YouTube played a larger role in setting the groundwork.

A cursory search on the site will easily yield personal vlogs by different personalities that produce content featuring the Marcos family, whether they are based on facts or explore myths surrounding the family such as the Tallano Gold and prediction of Nostradamus.

Marcos Jr., in an interview, had denied any knowledge about Tallano Gold, which supposedly comes from the Tallano family who once ruled the Philippines before the Spanish came in 1565 and that it came into possession of the late Marcos Sr. in exchange for legal services.

In other platforms, Marcos Jr.’s son and new Ilocos Norte Representative Ferdinand Alexander “Sandro” Marcos is a favorite fanfiction character. Fan fiction is written by fans and mostly are inspired by a popular literature where he is often fantasized as the love interest of the other lead character or the reader herself.

“It’s all about building a narrative, and then building an audience that is moved by it,” Maclang said.

Some sectors have blamed massive disinformation as a tool used during this year’s election. Maclang shared that the country has a “foundational problem” because Filipinos find that they have “no shared set of things” they accept as true. This “disjointed perception” only makes many Filipinos “incomprehensible” to each other.

Let the trolls do the work

Elections in the future will still utilize social media and any other platforms. Maclang, however, noticed that there will be one format that will dominate in the elections to come.

“I think what will be an interesting online trend will be the rise of video platforms being used to shape reality and the need for candidates to work much harder to build online audiences years in advance of an election,” she said.

This has been in place this election with both presidential candidates, Robredo and Marcos Jr. owning YouTube channels where they post their vlogs.

Maclang, however, worries about using social media to manage reality online. She stressed how many of these platforms are owned by foreign entities who do not necessarily have the nation’s best interest at heart.

“What we need is a more decentralized communications environment where we aren’t at the mercy of algorithms designed to addict us, incite us, divide us,” she stressed.

Maclang also shared her thoughts on what makes a social media campaign successful.

“Let your trolls do the attacking/defending for you. Don’t sully yourself making or answering criticism. Also, the purpose of social media is for creating a sharable voter identity around your candidacy,” she noted.

For Prof. Chua, the work continues. As a historian that safeguards the events of a nation no matter how painful or unfavorable those are, he has a duty to abide by his profession/vocation.

“If the past is prologue, they will be consistent. They have brought much damage not just to our historical narrative but to our culture as well of discourse. They will just make it official by using the cultural agencies and the DepEd (Department of Education). That said, I wish I am wrong. Historians will just be consistent in doing their job even if faced by the machinery of disinformation,” Chua ended.