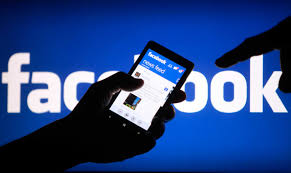 Netizens might describe it as long overdue, but Facebook (FB, now rebranded as Meta) has finally acknowledged its role in enabling “multiple human rights risks” in the Philippines, and has vowed to “stop coordinated campaigns” that manipulate public debate on its apps—especially in the face of the country’s presidential elections next year.

FB’s commitment followed last week’s release of an independent human rights assessment that it commissioned from ethics consulting firm Article One. The firm, which surveyed 2,000 FB users and interviewed 22 Philippine-based stakeholders from March to August this year, found that the tech giant remains the dominant social media platform being used for disinformation and hateful speech to target journalists, human rights defenders, activists, and outspoken citizens.

Aside from being wielded as a tool for threats and intimidation, the social media platform has been flagrantly used for surveillance, terrorist organizing, sexual exploitation, and human and organ trafficking, according to survey results. The survey was commissioned following public pressure on FB to address criticisms that it fans existing social tensions and destabilizes democracies worldwide.

Article One found that spreading political disinformation was the most prevalent misuse of FB in the Philippines, and the hardest to suppress. Analysts and experts point to organized political propaganda through social media as the pioneering strategy that catapulted then Davao City Mayor Rodrigo Duterte to the presidency in 2016. The use of fake news and disinformation to “influence voter perceptions … and attack political opponents” has since created a burgeoning industry of troll farms and clickbait models.

In a presentation last week, Article One cofounder and principal Chloe Poynton noted the incessant social media attacks on journalists and critics of the Duterte administration, which are “organized and deployed to specifically silence any dissent.” Rights defenders are meanwhile “targeted with Red-tagging and terror-tagging … and threatened online across the country,” she added.

Article One’s damning conclusions about FB’s culpability in the toxic culture of social media closely follow the testimony before the US Senate of a former FB employee who accused the company of being “responsible for the rise in authoritarianism in the Philippines” and other countries in its quest for “astronomical profits.” Frances Haugen, who used to work in FB’s civic integrity department, said its algorithm warped information online but that its executives “have not implemented the type of mechanisms nor invested in the human personnel required to conduct content moderation.”

Fake information as political currency was also expounded on in the 2018 study “Architects of Networked Disinformation: Behind the Scenes of Troll Accounts and Fake News Production in the Philippines,” conducted by researchers Jonathan Corpus Ong and Jason Vincent Cabañes. Per a report by PressONE.ph, “the 12-month study [based on] in-depth interviews with 20 ‘disinformation architects’ at both managerial and staff levels and participant observation of Facebook community groups and Twitter accounts” found that advertising and public relations executives served as “chief architects of networked disinformation” in the Philippines. Before this, as PressONE recalled, a 2017 University of Oxford study discovered that “$200,000 or about P10 million was spent to hire trolls who spread propaganda for President Rodrigo Duterte and attack his critics using Facebook and other social media platforms.”

Next year’s national elections, when young voters make up more than 50 percent of the more than 62 million registered voters and can easily shape election results, is set to become another battleground. Unfortunately, a recent Ateneo School of Government study found that college students are struggling to spot fake news amid the well-oiled misinformation campaigns on social media. Supporters of Mr. Duterte—with their mistrust of mainstream media—were “more likely” to fall victims to spurious information, the study noted. Over 7,700 respondents from colleges and universities, most of them 20 to 21 years old, participated in the 10-item quiz of the Ateneo survey conducted from May to June 2021.

The implications of that study make FB’s commitment to prioritize a risk mitigation plan for the 2022 elections a critical initiative. In response to Article One’s recommendations, the company said it would work with local authorities and volunteer groups to monitor social media, and would join advocacy programs that heighten voter education. It also promised to step up efforts to stop coordinated inauthentic behavior and shut down fake accounts. The next months leading to May 2022 should show whether the social media giant has the will to make good on its word.