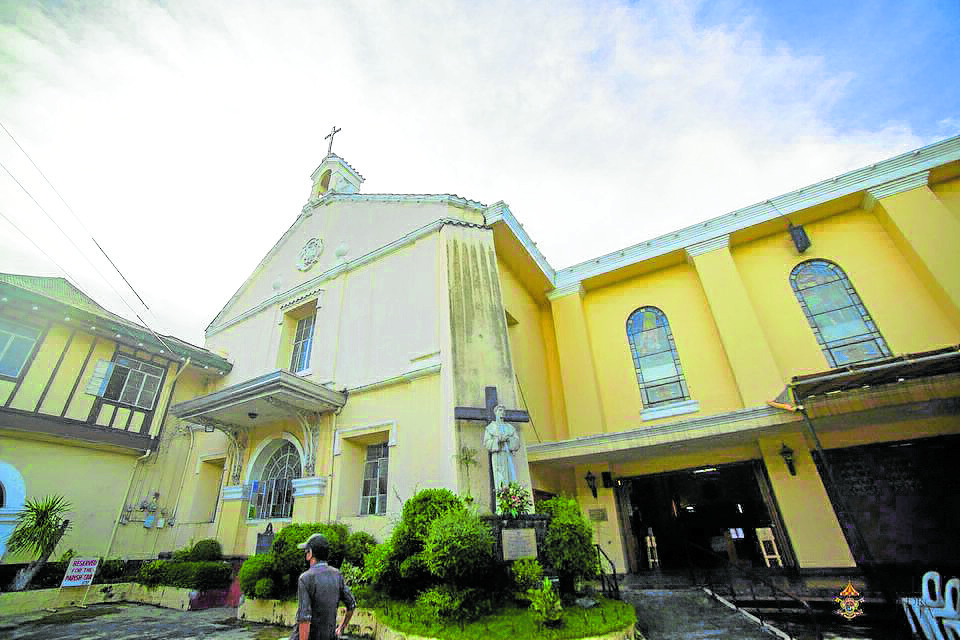 For the Franciscans lately, it has been a case of good news-bad news. The good news is that their ancient Church of San Pedro Bautista in Del Monte, Quezon City, has been elevated to a minor basilica by Pope Francis. But the bad news is that the Senate wants Del Monte Avenue to be renamed after Fernando Poe Jr., the late popular action star and losing presidential candidate in 2004.

In a statement opposing the bill, Fr. Cielo Almazan, OFM, head of the Philippine Franciscans, said “the first Christian community” was established in San Francisco del Monte, “from which Quezon City emerged in 1939.”

“Therefore, this area and their historical names are sacred to the civic and religious history of Quezon City,” Almazan declared.

“Del Monte” district and avenue are shorthand for San Francisco del Monte, the original Franciscan retreat in that hilly place (“Monte” means “hill”) in the late 16th century. It was so named to distinguish it from San Francisco de Manila, the Franciscan church and mother house in Intramuros.

A historical marker installed in 1936 by the Philippine Historical Research and Markers committee, precursor of today’s National Historical Commission of the Philippines (NHCP), called the church the “Church of San Francisco del Monte.”

The Franciscan roots of the avenue and district are evident today. Locals continue to use “Del Monte” and “Frisco” (shorthand for San Francisco) interchangeably. Moreover, they continue to call N.S. Amoranto Street, which runs parallel to Del Monte Avenue, as “Retiro Street,” a historic reference to the Franciscan retreat house founded by San Pedro Bautista.

Earlier, on Sept. 14, feast of the Solemnity of the Cross, Cubao Bishop Honesto Ongtioco led the canonical ceremonies and High Mass that declared Quezon City’s oldest Catholic church as a minor basilica. All four papal basilicas in Rome—St. John the Lateran, St. Peter, St. Mary Major and St. Paul Outside the Walls—are major basilicas; the rest outside of Rome are “minor.”

Minor basilicas are traditionally named because of their antiquity, dignity, historical value, architectural and artistic worth, and significance as centers of worship. A basilica must “stand out as a center of active and pastoral liturgy,” according to the 1989 Vatican document “Domus Ecclesiae: Norms for the Granting of the Title of Minor Basilica.”

Ongtioco said that with its declaration as a minor basilica, the church of Del Monte would have the “special privilege of special affiliation with the Holy See.” “We could say that we have a papal church in our midst,” he added.

He said that the historic significance of the Franciscan church is recognized by the Diocese of Cubao.

“In our diocesan coat of arms,” the prelate explained, “three hills are surmounted by a Franciscan cross: In the city set on a hill there stands the cross symbolizing the Franciscans who through this church began [their] missionary presence in what is now the Diocese of Cubao.”

During the ceremonies, the physical signs of the church’s status as a basilica were displayed, such as the intinnabulum, or bell, and the conopaeum, also called the ombrellino, a silk canopy designed with stripes of yellow and red, which are the traditional papal colors. (The colors are familiar to Catholics as the colors of the uniform of the Swiss guards in the Vatican.)Franciscan martyr

Spanish Franciscan Fr. Pedro Bautista (1542-1597) built the original church as a retreat house where the friars could recharge their spiritual batteries. It was also a novitiate house for friar-seminarians. San Pedro Bautista also served in the Franciscan mission territories in Laguna, Quezon and Bicol; he is generally credited today for having discovered the medicinal benefits of the hot springs of Laguna.

In 1593, the Spanish authorities of Manila sent him as envoy to Japan, where he was martyred during the anti-Christian persecutions in 1597. He was beatified in 1637 by Pope Urban VIII and canonized in 1862 by Pope Pius IX.

‘Church of the Pope’

During the canonical ceremonies, the revised novena to San Pedro Bautista made by Father Tactac was introduced to the faithful. The novena is said every Thursday.

“We are thinking of new ways to promote the basilica for pilgrimage, especially on days [when] the faithful can gain the plenary Indulgence, one of the privileges of being a Minor Basilica,” he said. “We envision the church as a sanctuary where the mercy of God overflows for all.”

With the elevation of a Franciscan church to a basilica linked with the Pope, the friars “are even more challenged to be prophetic in their life and ministry.”

“The prophetic witnessing of the Franciscans is even more [required now] considering the present state of the country,” he added. “We need prophets to denounce the abuses and announce the Gospel imperative in today’s church and society.”

Tactac said that the canonical elevation should underscore the historic role of the Franciscans in Quezon City, arguing that that the Lapid proposal goes against NHCP guidelines that state “no public place should be renamed if the present name has attained a degree of historical association, has developed an importance of its own and has been sanctified by long usage by the people.”

“We believe that Del Monte Avenue has attained a degree of historical association, has developed an importance of its own, and has been sanctified by long usage [by] the people, that is, since 1590,” the friar said. “These are the reasons we are not amenable to renaming Del Monte Avenue as ‘Fernando Poe Jr. Avenue.’” —CONTRIBUTED