Writers, for whom do you write? 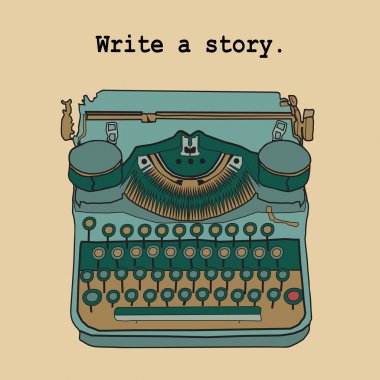 ‘I realized that trying to please others only led me to writing pretentious blabber. I might have rubbed elbows with the privileged, but to the hungry, I was irrelevant.

‘The cursor hovered over the folder that read “Poems/Essays/Stories.” I clicked on it. Opening the files and skimming through each of them, I was swept up by memories and emotions. More importantly, though, it was a cringefest.

These were works that I wrote somewhere between 2006 and 2013. I’d like to be kind to myself and say they’re not really all that bad. It’s just that I come from a different standpoint now, and these works simply don’t resonate with me anymore.

It was around 2013 when my outlook on writing started to change. I became socially aware and began questioning what the point was in writing the way I did, and what my writing meant for the kind of world we live in now. The shift was specifically triggered by the question: Para kanino (for whom)? The question begs to identify the significance of what we do, regardless of what it is. Why do we do what we do? Ultimately, what is the meaning of our life?

When I was younger, my writing aspirations were pompous. I desired validation from peers and prestigious award-giving bodies for literature. I wanted to be part of literary cliques where I would be patronized. I dreamt of seeing my byline on peer reviews and journal articles. At that time, I thought being visible to other writers and getting their nod would seal my fate as a writer.

Thankfully, I got out of that mindset. It didn’t take long before the dots connected: the reason I was self-absorbed was because society had conditioned us to compete against each other and to focus on self-advancement, even if it’s at the expense of others. Eventually, the adage “publish or perish” no longer held water for me. I realized that trying to please others only led me to writing pretentious blabber. I might have rubbed elbows with the privileged, but to the hungry, I was irrelevant.

Nothing is wrong with “shallow” writing. Back in the day, writing about petty things was cathartic for me. They may be cringeworthy to me now, but they are the product of a discipline that taught me to look for my voice in the dark. It’s not unlikely that I would write about these things again in the future.

Having the power to communicate through writing, especially amid the crises we are in now, enjoins us to put the spotlight away from the self. At this point in time, the power of writing should be spent more on issues that matter the most. We must harness the influence of our pen to amplify issues bigger than our ego. It’s not about being righteous. It’s not about putting up parameters and controls. When human life is at stake, focusing on relevant writing is not a breach on our freedom of speech. As writers, it’s simply doing what’s decent and necessary.

This is not a debate on niche writing. No one needs a niche to be human.

However, our role as writers does not end with writing with purpose.

Talking about what we should write is not enough. That we produce content responsive to the status quo must already be the standard. As writers, what we also need to emphasize is that when we talk about writing for the people, we must also talk about not excluding the people in the process.

The problem is that accessibility is always lost in the discussion. When we write about state oppression in the hopes of exposing it and getting people to rally against it, who only gets to read that? Are we really empowering the most vulnerable sectors of society when we claim we represent their voice during conversations on our choice of platform? Or are we simply hijacking their misfortune so that we can have content, make ourselves look heroic, and boost our career?

It’s long been established that relevant writing is urgent. But how do we ensure that we do not fall into the trap of mere sloganeering? How will we be understood by people who are not only alienated by big words, but also do not have access to the spaces where our ideas are expressed? How we will be able to effect change when we only communicate with each other, in a manner and language only we can grasp, and in exclusive venues only we can afford?

The more stakeholders we include at the discussion table, the more policies are swayed in favor of the people. Ordinary folks who are intimidated by intellectual talk on social issues will see that engagement is an affair that actually needs them more than anyone for plans to come to fruition. It is their participation that will render meaning to our work as writers.

Writers are not in a position to look the other way. It’s no longer acceptable to just wax poetic on the talk of the town and project a stand (to appear cool, if not for fear of getting canceled by the woke universe.) We must also be actively instrumental in bridging for others so that they can join the discourse. We have to connect them both to substance and to form. Let our words break down communication barriers so as not to leave people behind. Let’s educate ourselves more so that we can also educate others.

When you write for and with the people, it is in itself the greatest validation. No other recognition matters. – Rappler.com