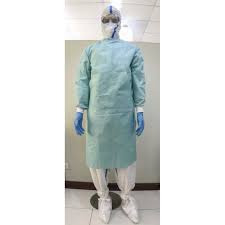 [EXCLUSIVE] Securities and Exchange Commission documents show how Yang is connected to the embattled Pharmally Pharmaceutical Corporation, supplier of pandemic supplies flagged by auditors to be overpriced

(Done in partnership with the Organized Crime and Corruption Reporting Project)

The local firm Pharmally Pharmaceutical Corporation bagged a total of P8.68 billion worth of deals – the biggest among suppliers awarded contracts under the Bayanihan procurement, or procurement for pandemic response, in 2020.

The data comes from the Government Procurement Policy Board (GPPB) website, where agencies are required to upload all awarded pandemic-time contracts.

The Commission on Audit has, however, flagged the Procurement Service of the Department of Budget and Management for failing to post all awarded contracts on the GPPB portal. The data used here represents only the contracts uploaded to the portal.

Pharmally Pharmaceutical Corporation is linked to Yang’s network through one of its owners, Singaporean Huang Tzu Yen, who sits as a director in another company, along with two other associates of Yang.

On March 17, 2017, Yang was in a meeting between Duterte and executives of a related company, Pharmally International Holdings. Publicly-available Malacañang video footage of the gathering – which was also aired at the Senate hearing on Friday, August 27 – confirm Yang’s attendance in that meeting, which included Pharmally International Holdings chairman Huang Wen Lie. He is said to be the father of the Singaporean part-owner of Pharmally Pharmaceutical Corporation, which bagged the PPE contract.

Yang was also among those served a subpoena by the Senate for the Friday hearing, according to Blue Ribbon Oversight Office Management Director-General Rodolfo Quimbo.

The biggest of Pharmally Pharmaceutical’s contracts was worth P3.82 billion for personal protective equipment (PPE) that was eventually flagged by opposition Senator Risa Hontiveros for being overpriced.

According to a copy of the contract from the GPPB portal, Pharmally Pharmaceutical Corporation charged P1,910 per unit of two million PPE sets, for a total contract worth P3.82 billion. This was the biggest supply contract out of the 11 contracts Hontiveros scrutinized in September 2020. Of the 11, only four had Filipino suppliers and the rest had Chinese ones.

The same company also won a P480-million contract to provide test kits, which Senator Franklin Drilon claimed in September 2020 to be overpriced by P208 million.

Below is a summary of all 10 contracts obtained by Rappler, followed by copies of the contracts themselves. The most recent purchase order was signed only in June 2021, with the government paying P774 million for 17,000 RT-PCR test kits. Senator Imee Marcos said an even more recent contract was signed in late June.

Pharmally Pharmaceutical Corporation’s general information sheet, obtained by Rappler from the Securities and Exchange Commission (SEC), shows that the Singaporean Huang owns 40% of the company.

Rappler found out, too, that Huang is also a director in a different firm, Pharmally Biological Company Inc. Huang’s co-directors in this firm are close associates of Yang – they sit as incorporators in several companies led by Yang himself.

Pharmally Biological’s SEC records show that Huang is president and an incorporator, along with two Filipinos – a certain Rose Nono Lin and Gerald Cruz. The two Filipinos are also involved in at least one other company of Yang.

Lin and Cruz are incorporators, too, of a company chaired by Yang, Philippine Full Win Group of Companies Inc., according to the firm’s SEC documents. Yang had previously identified himself as chairman of Philippine Full Win, both in the company’s website and in his business cards.

Yang had even toured Duterte in Full Win’s Xiamen office in 2015. Philippine Full Win is the local counterpart of Xiamen Full Win (Fu De Sheng in Chinese), a Chinese company.

Senators on Friday said this should have been a red flag for the Procurement Service of the DBM, which opted to award in May 2020 a multi-billion contract to a newly-incorporated company.

In the video of the March 2017 meeting at Panacan, Davao City, Yang – all smiles – appears to introduce the executives of Pharmally International Holdings to President Duterte.

Further bolstering a likely connection between the Pharmally network and Yang’s company was the presence at that meeting of Zheng Bingqiang, who was Full Win president and another close business associate of Yang. Zheng was with Duterte and Yang in 2015 when they visited Full Win’s Xiamen headquarters.

Rappler has sought Yang’s side for comment. He has not responded as of posting. We will update this article with his response.

Yang was Duterte’s economic adviser for at least the entire 2018, according to Malacañang contracts exclusively reported by Rappler. After public scrutiny following Rappler’s report, Yang’s term as adviser was allowed to lapse.

Yang has been chummy with Duterte for most of his term. Yang has twice hosted Duterte and top government officials in private gatherings in Hong Kong and China. He was among those given coveted invitations to the Malacañang state banquet held for visiting Chinese president Xi Jinping in 2018.

But perhaps the strongest indicator of Yang’s clout with the Philippines’ most powerful man is how Duterte, in 2018, publicly defended him against intelligence findings that he was involved in the illegal drug trade. – with reports from Lian Buan/Rappler.com