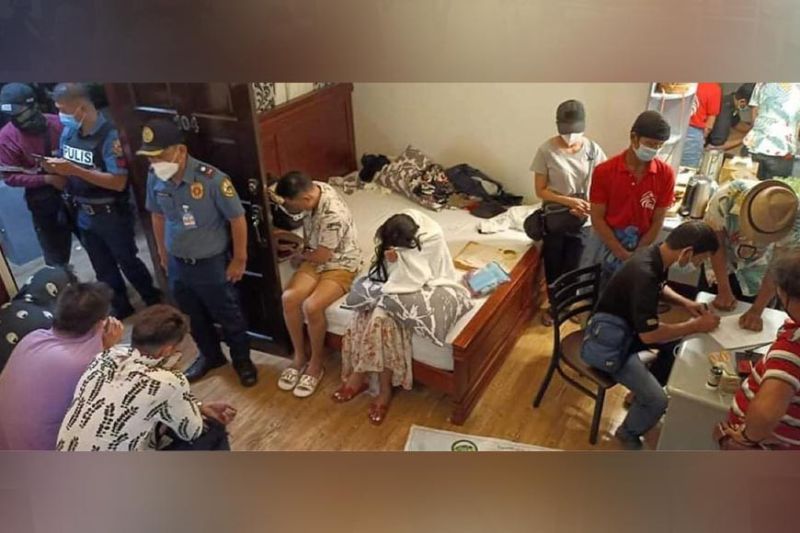 Sara Duterte’s sacked information officer was at the party during the raid but was let go by PDEA agents, says a report from Newsline Philippines

Several suspects in the controversial November 6 beach party raid in Mabini, Davao de Oro, accused law enforcers of a cover-up by allowing a close aide of Davao City Mayor Sara Duterte, her companions, and many others to escape while choosing which ones to arrest and file complaints against for violation of the law on dangerous drugs.

They aired their grievances behind bars at the National Bureau of Investigation (NBI) regional office in Davao City in an interview by journalist Edith Caduaya of the online-based Newsline Philippines.

In the interview shown on Tuesday night, November 9, the group said law enforcers were unfair because the then-Davao City information officer Jefry Tupas and other partygoers were allowed to leave the resort during the raid.

The allegation was made the night after Tupas admitted to Rappler that she attended the beach party but left for Davao City with her boyfriend and another companion about an hour before the Philippine Drug Enforcement Agency (PDEA)-led raid.

Duterte on Tuesday said Tupas was fired from city hall on Sunday, November 7, because she was “involved in a drug raid.”

The suspects said there were at least 50 partygoers, including Tupas, when authorities staged the raid.

“Daghan man bisita; naa pay taga Manila (There were many guests; there were even those from Manila),” one of the arrested suspects told Newsline Philippines.

While sprawled on the ground, they said law enforcers told them to keep calm, and then they started calling several names.

In unison, they exclaimed “Jefry Tupas!” when they were asked whose name law enforcers called first.

Tupas, according to the detainees, then approached the PDEA agents, and they overheard her telling them, “Staff ko ni Inday Sara, unsa ni sir? (I’m a staff of Sara, what’s this about, sir?)”

They said they then took Tupas away.

Shortly after, they said the law enforcers called Tupas’ boyfriend and another companion.

“Wala mi nag expect na ipatakas na diay sila (We did not expect that they would let them escape),” one of the detainees said.

Many other partygoers were allowed to leave the resort, they said.

Another said authorities seized several items from Tupas and his companions.

(The things they confiscated from Jefry Tupas were placed in front of us, inventoried, and then they took photos.)

The detainees also alleged that they were manhandled during the raid, an accusation that the PDEA director for the Davao Region, Aileen Lovitos, denied.

Lovitos said there were many people around who saw if they were manhandled.

“There is no need for that. It is not our practice,” she said

Of the 17 arrested, 14 tested positive for use of meth, marijuana, and stimulant drug ecstasy, she said.

Asked why Tupas was not in the PDEA list of suspects when those arrested maintained that she was there, Lovitos told Newsline Philippines that the PDEA has already filed charges against 17 suspects.

The PDEA filed charges against the suspects, including the host of the party, Revsan Ethelbert Papey Elizalde.

Authorities pounced on the 33-year-old Elizalde, PDEA’s primary target, as soon as he allegedly sold a party drug and marijuana to an undercover agent at the Sea Eagle beach resort in Barangay Pindasan in Mabini town.

The subsequent search resulted in the seizure of more suspected illegal drugs worth about P1.5 million. – Rappler.com