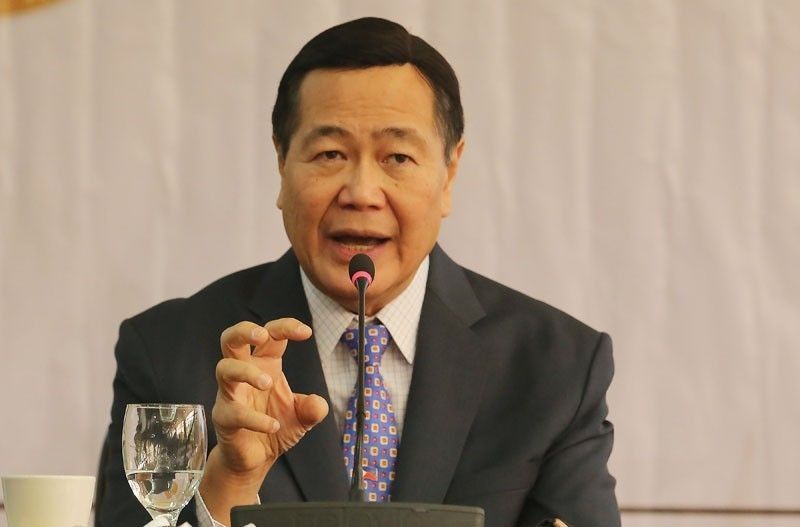 MANILA, Philippines—Retired Supreme Court Senior Associate Justice Antonio Carpio on Tuesday (May 4) said President Rodrigo Duterte’s denial that he brought up the West Philippine Sea during the presidential campaign in 2016 was tantamount to “grand estafa.”

In a stinging rebuke of the President, Carpio said Duterte was “admitting that he was fooling the Filipino people big time” with his false campaign promise.

“President Duterte cannot now say that he never discussed or mentioned the West Philippine Sea issue when he was campaigning for President,” the retired magistrate said.

“Otherwise, he would be  admitting that he was fooling the Filipino people big time.  There is a term for that—grand estafa or grand larceny.  Making  a false promise to get 16 million votes,” he said.

In a public address on Monday (May 3) night, Duterte said he never promised the people that he would “pressure” China and retake the West Philippine Sea during the 2016 campaign.

“I did not promise that I would pressure China. I never mentioned about China and the Philippines in my campaign because that was a very serious matter,” said Duterte.

During the presidential debates in 2016, Duterte said that he would ride a jet ski to the Spratlys to plant the Philippine flag there to assert Philippine sovereignty.

Malacanang said Duterte’s bravado during the campaign was just a joke.

Carpio said through these words, Duterte “expressly made his position known to the Filipino people when he campaigned for the presidency in 2016.”

A statement issued by the Duterte camp during the campaign also stated that he was in support of the arbitration case against China, Carpio said.

“As a Filipino, Mayor Rodrigo Duterte fully supports the case now pending in The Hague questioning China’s occupation of areas in the West Philippine Sea that the Philippines considers its territory,” Duterte’s camp said in a statement at that time.  “He is hopeful for a favorable ruling for the Philippines,” it said.

Carpio and Duterte have been feuding verbally over the West Philippine Sea with Carpio assailing Duterte’s seeming approval of Chinese incursions in Philippine exclusive economic zone and Duterte describing Carpio as part of a group of Philippine officials who did nothing to prevent China from building artificial islands inside Philippine EEZ.