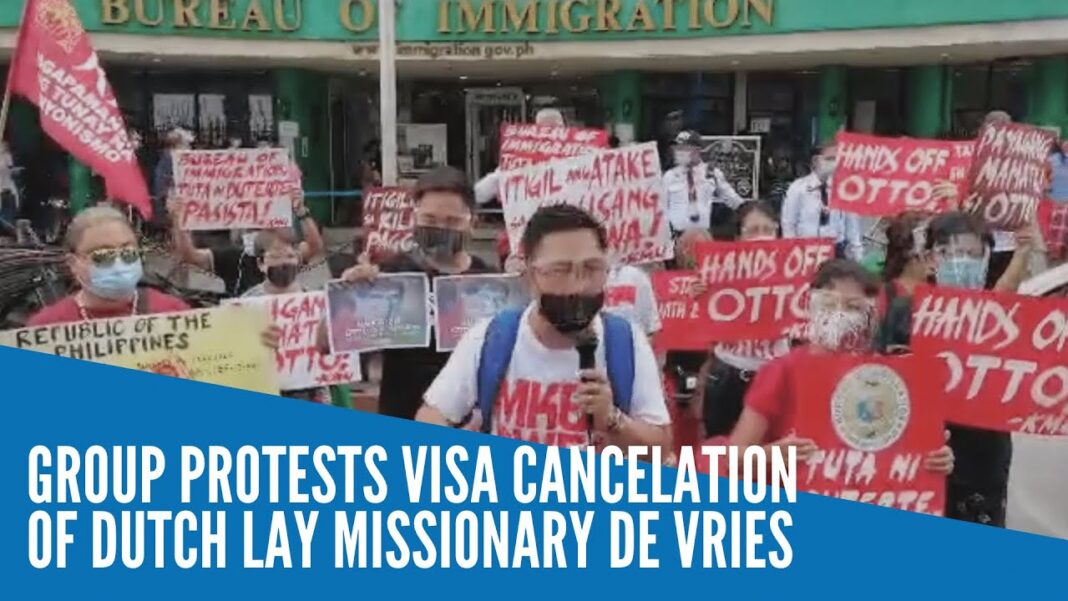 Otto de Vries, a Catholic lay missionary from the Diocese of Rotterdam, who has done pastoral work among the workers and urban poor in the Philippines for three decades, has returned to the Netherlands after being red-tagged and his permanent visa revoked by the Duterte government.

The Philippine Bureau of Immigration (BI) in February canceled de Vries’ permanent resident visa and was ordered to leave the country. The BI order, according to church colleagues, was based on the false and malicious allegations made by the National Intelligence Coordinating Agency (NICA) accusing the Dutch missionary of engaging and actively “participating in protest rallies of Communist-Terrorist Groups (CTG) front organizations.”

Upon arriving in Schiphol airport in Amsterdam, he was warmly welcomed by several Filipino migrant workers, representatives from the Dutch-Filipino Solidarity group (NFS) and Dutch friends.

“Otto is a person with a pure heart and a great compassion for the poor and workers in the cities. Labeling Otto and the institution he works for as terrorists is a desperate act of a government that is slowly becoming isolated from its people,” stated one of many warm messages of support he received upon arriving.

“Anyone can imagine how painful it must be to fall victim to red-tagging and to be forced to leave the country which has been his home for so long, where he had so many friends and where he did very valuable work for the most vulnerable for the past 30 years of his life,” said another message.

De Vries went to the Philippines in May 1991 on the invitation of the late Bishop Julio Xavier Labayen, OCD, Prelature of Infanta, to do pastoral work.

“For almost three decades Mr. Otto lived in slum areas around Metro Manila in order to immerse himself in harsh conditions of the workers and urban poor. He worked as a welder, electrician, and maintenance of a steel factory in various factories. His experience in these workshops opened his eyes to the dehumanizing circumstances of contractual workers who receive below minimum wage and work in unsafe working environments,” related Bishop Gerardo A. Alminaza, chairperson of the Church-Workers Solidarity.

“Contrary to the allegations made by NICA, organizing workers’ associations and unions and educating them about their rights and welfare does not constitute acts of terrorism,” he said in a statement released February 21, after the BI order for De Vries to leave the Philippines was made public.

Alminaza also said the 62-year old Catholic missionary from the Netherlands has “exemplified, concretized, and lived out the mission of the church to become a Church of the Poor.”

In a statement, De Vries said: “In all those years, I regularly reported about my mission to Bishop Labayen, including the worsening situation of the workers. I continued doing so with his successor, Most Rev. Rolando J. Tria Tirona, OCD, DD, and presently with Bishop Bernardino Cruz Cortez. They have consistently stressed the importance of such a mission for the Church, not only sharing the experiences, but also the involvement with their struggle for social justice. This motivated me to continue.” (PAbrod)