Philippines ‘not yet out of the woods’ of pandemic, DOH says 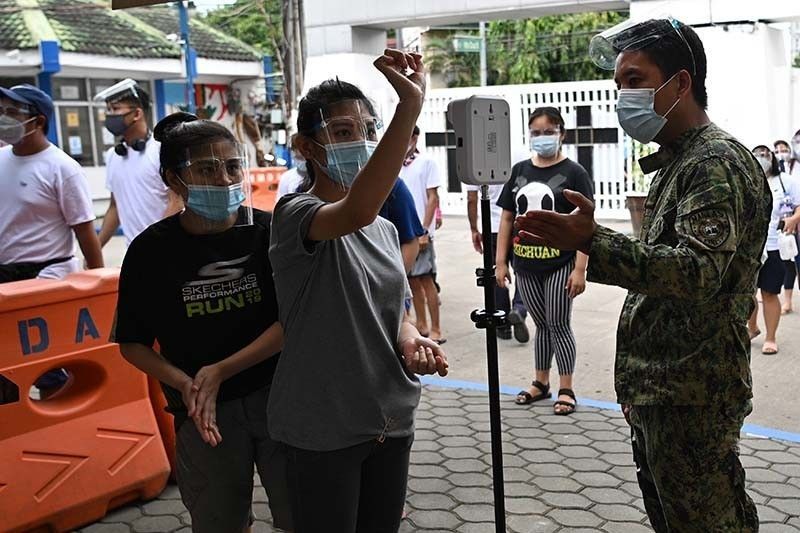 MANILA, Philippines — The public should remain vigilant and continue following mandated health protocols set by the government as the country is still “not out of the woods” in the fight against COVID-19, the Department of Health said Friday.

With over 483,000 COVID-19 cases, the Philippines has the second-worst outbreak in Southeast Asia following Indonesia but Malacañang claimed that the “worst is over” as it disputed projections that the Philippine economy will be the last in the region to recover from recession.

“I don’t think this is the time for us to make conclusions. At this point in our situation regarding this pandemic, we still have many factors and challenges that we need to face,” Health Undersecretary Maria Rosario Vergeire said, citing the threat of the new and more transmissible COVID-19 variant.

Experts warned that once the variant first detected in the United Kingdom reaches the Philippines and eventually becomes the most dominant form of the virus, it will lead to a much higher number of cases and deaths.

Vergeire also said the possibility of a post-holiday surge is still remains.

“We’re not out of the woods yet. Our recent trends are unstable… This is really because the effect of the decrease in the outputs of our laboratories,” she said, noting that outputs from testing hubs have decreased by as much as 30% since the beginning of the holiday season.

The agency earlier said that it can only be determined whether there was a post-holiday surge in COVID-19 infections by mid-January as more testing laboratories resumed their operations after the Christmas and New Year festivities.

Presidential spokesperson Harry Roque on Thursday expressed confidence that the country’s economic prospects will be better in 2021.

“I think we have seen the worst and I think the entire government machinery agrees with this. We already know how our enemy COVID-19 looks like and this year won’t end without the vaccination of 50 to 70 million of our countrymen. We expect to achieve the 70% so we can have herd immunity,” Roque said.

“So don’t worry, the worst is over. As they said, we’ve hit rock bottom and the only way to go is up,” he added.

The new target of the government to inoculate as much as 70 million in 2021 alone depends on the global supply where 80% had already been procured by other nations.

So far, only 2.6 million doses of the vaccine developed by British-Swedish firm AstraZeneca have been secured by the country from a P600 million donation by the private sector

“Let me remind the people not to be complacent at this point. We’re not yet finished. Compliance to minimum public health standards must continue so we can prevent further increases in the number of cases recorded in the country,” Vergeire said.

“It’s flattened. We don’t know why. I suspect it was the long and periodic lockdowns. It wasn’t science. But it took plenty of courage from those enforcing the lockdown because they had to be in the line of infection to keep as many of us in our places. Thank our generals,” Locsin, who is not a medical professional, said on Twitter.

The DOH has been cautious in addressing such claim and on Friday said it would “like to veer away” from the terms “curve” and “flattening.”

“What we know, just like what we have been explaining to everyone, especially now with our current situation that there are many factors affecting the daily reporting of cases, especially this holiday season… We can’t say it yet. We’re not certain at this point,” Vergeire said.

She stressed that the country is not seeing the full picture with the decrease in the number of tests being conducted.

“We need to wait for about one week or two weeks to see if there is really an increase in cases because of the holiday,” she added.

The country’s healthcare system is not overwhelmed at the moment—only 33% out of the 25,744 COVID-19 beds have been utilized.

But the Philippines still reporting thousands of cases daily, save for days when the country had fewer cases because of the decline in testing outputs.The COVID-19 situation of the country is a far cry from the situations in Taiwan and New Zealand which have kept their COVID-19 numbers low.

Moreover, the country’s positivity rate—or the percentage of people who have tested positive from all those who underwent testing—currently stands at 8.33%, higher than the benchmark of 5% set by the World Health Organization.

Experts have also pointed out that flattening the curve does not mean the trend is irreversible. — Gaea Katreena Cabico with report from Alexis Romero