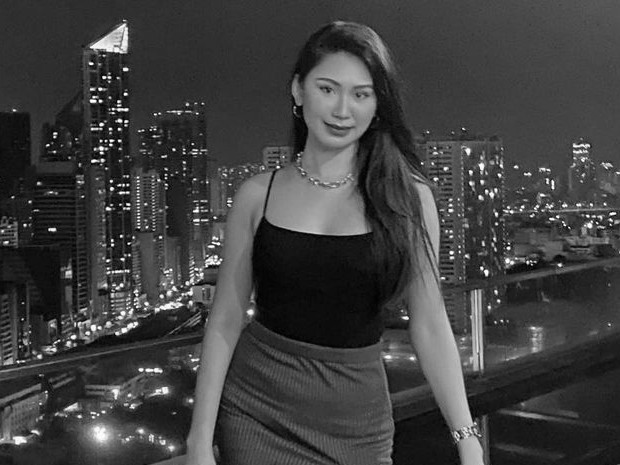 The 23-year-old Christine was declared dead on arrival at a hospital after a New Year’s Eve party in a Makati City hotel where she was joined by more than 10 individuals.

Police claimed that Christine was raped and killed while social media posts and suspects allegedly involved in the Dacera’s death contradicted this conclusion.

So what happened to Christine that night?

Here are the initial facts of the tragic night based on the police complaint lodged before the Makati City prosecutor’s office:

At 11 a.m., dela Serna was the first to check-in at the room. An hour later, Christine joined him.

They were later joined by Galido, Ingles, De Lima and Rapina later that night, but no specific time was mentioned.

At around 10 p.m., the group started binge drinking to welcome the New Year. Galido noticed Christine was drinking tequila and rum coke.

It was Galido who invited the five new guests to the party.

Based on a closed circuit television footage, Christine was last seen alive at 6:23 a.m. at the hallway of the 22nd floor of the hotel.

At 12:25 p.m.,  hotel employees received a call for assistance after Christine was found unconscious in the bath tub.

She was rushed to Makati Medical Center where she was declared dead on arrival.

The 23-year-old victim’s death certificate indicated that she died ofruptured aortic aneurysm, which could be because of very strenuous activity and possibly alcohol toxicity.

In an interview on ABS-CBN “Teleradyo” on Tuesday, De Guzman stressed that it was impossible her friend Christine was raped and murdered during the party.

De Guzman said he is an LGBTQIA+ community member and that he never had sexual relations with a woman.

On TV Patrol,  he also mentioned that he performed cardiopulmonary resuscitation (CPR) to try and save Christine, who had no pulse and was not breathing.

Like him, De Guzman maintained that his other companions were all members of the LGBT community.

He also pointed out that Christine, the only girl in their group, loved hanging out with them.

He mentioned that Halili even helped stage a photoshoot for Christine during the party.

Despite seeing Christine unconscious, De Guzman said he held back tears because he tried to be strong for his companions, who were tearful during that night.

He said he only cried when Halili finally called up Christine’s mother, Sharon to deliver the bad news.

De Guzman also said he condoles with Dacera’s family because he cherished the 23-year-old flight attendant, who showed him “kindness” despite their short time together at the party.

There was also no semen found in victim’s body, based on the autopsy.

What the police are saying

Even without autopsy findings and a toxicology report, the Makati City police lodged provisional charge of rape with homicide against the  11 men last Jan. 4.

The Philippine National Police (PNP) also declared the case closed with the “arrest, indictment, and identification” of the suspects.

Halili, Galido and Dela Serna were detained after they surrendered to authorities.

Makati City police chief Colonel Harold Depositar believed that there was force inflicted on the flight attendant’s body because of contusions in her leg, knees and abrasion in her thigh.

Investigators also said there was evidence that Dacera was sexually abused.

Christine’s family and legal counsel, however, stressed that the death certificate was incomplete.

They believed that aneurysm was triggered by assault.

PNP chief Gen. Debold Sinas warned that they will launch manhunt against eight other individuals tagged in Christine’s death.

He said that if suspects fail to surface in 72 hours, police will go after them.

He also threatened to file a case to cite for contempt the suspects if they will not yield to authorities.

A day after the PNP chief’s ultimatum, the Makati City prosecutor’s office referred the complaints for further investigation, and ordered the release of Halili, Galido and Dela Serna.

he city prosecutor ordered the police to prove that Christine was actually raped and killed as well as determine the actual cause of the victim’s death.

Police were also ordered to submit DNA analysis report, toxicology/chemical analysis, and the histopathology examination report to the prosecutor. #