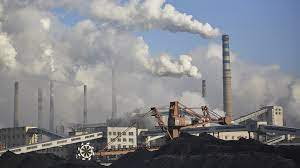 Significant behavioral, technological, and socioeconomic transformations are needed to achieve a steep reduction in emissions by 2030 and net zero emissions by 2050

Thirty eight scientific advisers to governments have urged leaders at the upcoming COP26 climate conference to focus on detailed action plans, not just pledges, on how to keep a 1.5 Celsius temperature limit within reach.

In four days’ time, governments will meet in Glasgow, Scotland, to meet a deadline of this year to commit to more ambitious emissions cut pledges, in what could be the last chance to put the world on track to keeping warming to below 2C above pre-industrial levels and ideally 1.5C (2.7 degrees Fahrenheit).

This week, a United Nations report said current pledges put the world on track for an average 2.7C temperature rise and a separate report in August warned that global warming caused by greenhouse gas emissions could breach 1.5C in the next two decades.

In a statement published on Thursday, October 28, senior scientific advisers in countries including Argentina, Australia, Britain, Canada, Costa Rica, India, Mauritius, Mexico and Morocco, said it was still possible to limit global warming to 1.5C by the end of the century.

However, significant behavioral, technological, and socioeconomic transformations are needed to achieve a steep reduction in emissions by 2030 and net zero emissions by 2050.

The advisers said governments must develop long-term strategies based on scientific evidence to scale up ways to decarbonise economies over the next decade, have clear and detailed policies and regular reviews of emissions reduction plans.

‘More than just a pledge’

“The 1.5C (limit) is achievable provided action is taken. Action needs to be more than just a pledge; it needs to be backed up by clear plans and those plans need to be monitored,” Patrick Vallance, the UK government’s chief scientific adviser, told journalists.

The advisers said a range of existing and new technological solutions need to be scaled up rapidly and deployed across all sectors of the global economy.

There should be much more international collaboration to accelerate research, development, demonstration, and deployment of effective ways to reduce emissions and solutions to adapt to climate change.

Many scientists have long called for rapid and drastic changes across society to help limit global warming, including less consumption of meat, less travel by airplane and internal combustion engine cars.

“I think those are things which need to happen,” Vallance said.

“There are behavioral changes which are needed from all of us. A series of small changes are important when they are aggregated over millions and millions of people.”

How that might be achieved is a decision for governments, not scientists, but the world should not rely on a “magic technology” to save it, he said.

“The ‘green’ choice needs to be the easy choice. If there is too much of a barrier there won’t be much change. At the moment, some of these choices are expensive. The cost premium needs to be brought down,” Vallance added. – Rappler.com