The Delta dilemma: How the COVID-19 variant is disrupting the world’s reopening plans 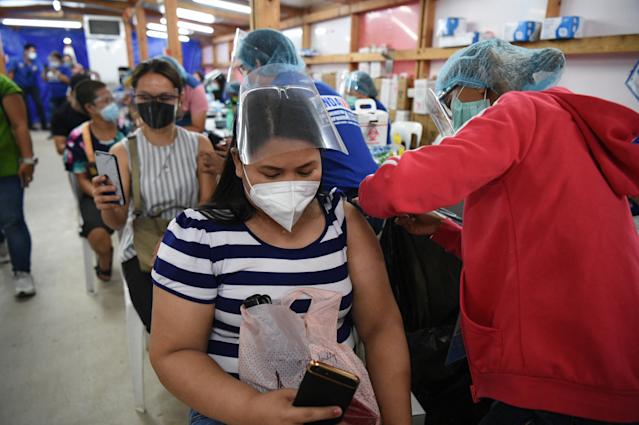 SINGAPORE — The Delta variant of the coronavirus has played havoc with governments’ plans to return life to some sense of normality.

Fresh outbreaks fueled by the highly infectious strain have forced major cities in China, Australia, the Philippines and elsewhere back into lockdown and spurred the authorities, particularly in Asia, to reimpose harsh restrictions as low vaccination rates leave people vulnerable to Covid-19.

Economies have taken a hit as manufacturing hubs like Thailand and Vietnam see their supply chains interrupted. Factories making goods for global brands are halting work and potentially missing out on the crucial holiday shopping season in major markets.

The wave of new infections has also seen the likes of Israel, Britain and the United States scramble to reinstate mask recommendations even among the vaccinated, as data emerges to show that more fully vaccinated individuals are also catching the Delta strain, and might be just as likely to spread it to others around them.

The Delta variant, first identified in India, has become by far the most dominant strain in many countries: It now accounts for almost all new Covid-19 cases in the US, Britain, Russia, Germany, South Africa and Singapore, among other countries.

Studies show that the variant to date is the fastest, fittest and most formidable version of the Sars-CoV-2 virus, which causes Covid-19.

It has also proven more potent than its predecessors, capable of infecting fully vaccinated people.

Still, such individuals – even if infected with Covid-19 – remain far less likely than those who are unvaccinated to fall severely ill, require hospital care, or die from any known variant of the coronavirus.

US data shows that infections, hospitalizations and fatalities remain rare among those who are fully vaccinated.

More than nine in 10 of all new cases, hospitalizations and deaths in US states that reported on Covid-19 from the beginning of the year occurred among those who were unvaccinated or yet to be fully vaccinated, according to the Kaiser Family Foundation, a US non-profit organization that has been collecting and analyzing data on Covid-19 vaccinations.

In Singapore, the fully vaccinated made up about four in 10 of all new cases over the past month – a surprising statistic that can be explained by the fact that around 70 per cent of the population have already been fully inoculated, so the probability of encountering an infection in a vaccinated individual is significantly higher.

Aggressive contact tracing and testing measures would also have identified mild or asymptomatic infections that might not have surfaced otherwise.

Significantly, not one of the fully vaccinated people who were infected died, and current data shows that only one is in intensive care.

Health experts stress that cases of fully vaccinated individuals becoming infected with Covid-19, commonly called “breakthrough infections”, do not imply that the vaccines are ineffective.

“The risk (of infection) among vaccinated people should be closer to 0.0 per cent everywhere, but the fact that they are not is less a matter of some failure of the vaccines themselves than the fact that the virus is spreading so widely,” Dr James Hamblin, a public health policy lecturer at the Yale School of Public Health, wrote in his online health bulletin on Friday.

“The more people who refuse to get vaccinated, the more vaccinated people will get infected.”

Separately, the preventative medicine physician wrote on Twitter: “No one… ever claimed vaccines will stop the virus from landing on you. Vaccines prevent serious illness. They do that very well.”

What about the chances of fully vaccinated people infecting others around them with the virus? The jury is still out on this.

In a study last month, Chinese researchers reported they had found early evidence that while those who are vaccinated and infected with the Delta strain do not necessarily get sicker, they do become more contagious and for longer.

The researchers said those infected with the Delta variant had on average about 1,000 times more virus in their respiratory tracts than people who caught the original strain.

“Let’s say you had to spend 15 minutes with an infected person in a closed room before you would be exposed to enough virus to get sick. Now we’re talking about 1,000 times that potentially,” civil and environmental engineering professor Linsey Marr at Virginia Tech, who studies airborne transmission of viruses, told The Wall Street Journal.

“So that 15 minutes become just a few seconds.”

Those infected with the Delta variant also started carrying detectable virus earlier than those who got the original strain (four days versus six days after exposure), the Chinese study found.

But another recent study by researchers at Imperial College London showed that fully vaccinated people with the Delta strain may be less likely to infect others. It found lower viral loads in the samples of these individuals than in their uninoculated counterparts.

They were also half as likely to be infected with the Delta variant than the unvaccinated, with a one in 26 chance of catching the virus, compared with a one in 13 chance for those not inoculated.

But a study by US researchers in Wisconsin, released late last month, suggested that fully vaccinated people might in fact be just as likely as the unvaccinated to spread the Delta variant to others.

A separate study from Singapore found the same, although viral loads decreased faster in the vaccinated group, rendering them less contagious sooner.

All four research papers have yet to be peer-reviewed.

“What makes the (Delta) variant worrisome is the fact that it is a more contagious version of Covid-19 and will find unvaccinated individuals and infect them at a high rate,” said Dr Amesh A. Adalja, a senior scholar at the Johns Hopkins Centre for Health Security in the US.

“If those unvaccinated are at high risk for hospitalization, and there are many of them in a geographic area, it could be problematic for hospitals.”

Looking to the future

The Imperial College London study estimated that a full course of a Covid-19 vaccine is 49 percent effective in preventing Delta infection – much lower than previous estimates from other studies.

Early data last month from Israel, where six in 10 people have been fully inoculated with the Pfizer-BioNTech vaccine, also suggested that the full two-dose course was only 39 per cent effective in preventing Delta infections.

Wary that the strain or other new variants might lower the effectiveness of existing vaccines, scientists are already looking into improving the shots, recommending boosters, or developing new ones that offer greater protection.

But data thus far suggests that current vaccines are still sufficiently effective in protecting people against severe illness from the Delta strain.

Four vaccines are currently approved for use in Singapore – Pfizer-BioNTech, Moderna, Sinovac and Sinopharm. The efficacy rates for the first two US-developed vaccines range from 64 per cent to 95 per cent, while the rates for the two Chinese-made ones have not been made clear by their developers.