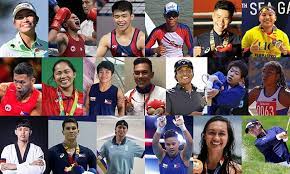 With a historic gold, two silvers, and one bronze, the Philippines edges Indonesia for the distinction as the top performing Southeast Asian country in the Tokyo Olympics

The Philippines wrapped up its Tokyo Olympics campaign as the top performing Southeast Asian nation following its biggest medal haul in the history of the Games.

With a historic gold, two silvers, and one bronze, the Philippines beat out Indonesia for the distinction by winning multiple medals in a single Olympics for the first time since the Los Angeles Games in 1932.

This inspired the rest of the 19-strong Filipino contingent, particularly the national boxing team, which produced the other three medals.

Eumir Marcial added a bronze in the men’s middleweight class.

Indonesia finished with more medals at five, but the Philippines edged it by virtue of netting more silver medals.

The 28-man Indonesian contingent clinched one gold, one silver, and three bronzes – all coming from badminton and weightlifting.

Meanwhile, Thailand landed at third place among Southeast Asian countries with one gold and one bronze.

Outside the top three, Malaysia is the only other country from the region to win medals with one silver and one bronze. – Rappler.com