SC acts on bid to reshape writ of amparo, pre-trial remedies amid rise in red-tagging 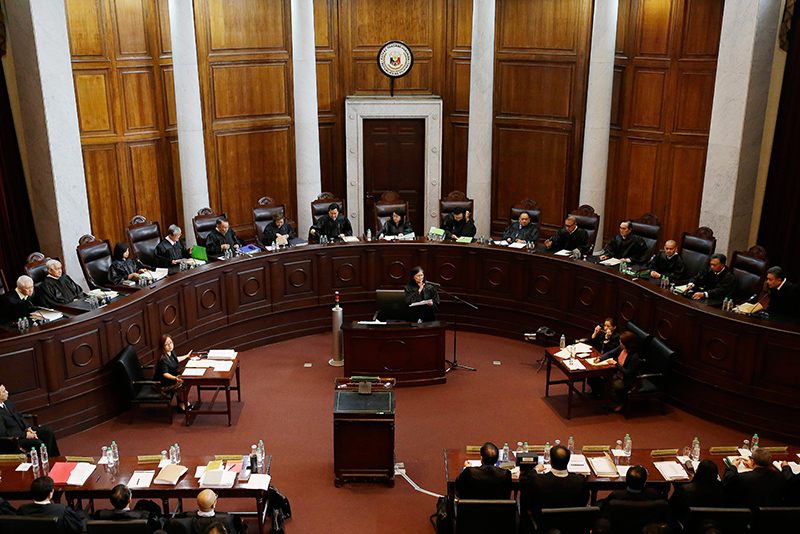 MANILA, Philippines—The Supreme Court has acted on the plea of advocacy groups and human rights defenders to address the “worsening state of human rights in the country.”

In a letter submitted last May, the advocates urged the high court to take a second look at existing rules on the writs of amparo, habeas data, habeas corpus, and other pre-detention and pre-trial remedies.

The writ of Amparo is a remedy available to any person whose right to life, liberty, and security has been violated or under threat. Like a writ of habeas data, it serves as preventive and curative roles to curb extrajudicial killings and enforced disappearances.

They said labeling or red-tagging being done by the government now has expanded from activists to members of the media and other sectors. They also sought safeguards in the issuance and service of warrants following incidents that led to nine individuals’ death early this year.

The high court, in a resolution, has referred the letter to the court’s Committee on Human Rights for appropriate action.

The Committee is headed by Associate Justice Marvic Leonen. The same committee also has the reports by the Philippine National Police and civil society groups regarding the death of members of the legal profession.

Others who joined in the submission include Marites Asis, the mother of political prisoner Reina Mae Nasino who was arrested on the basis of a questionable search warrant in Manila; Rosenda Lemita, mother of Ana Marie Evangelista and Rosalinda Salundanga whose relatives were killed during the “Bloody Sunday” in Batangas and Rizal, respectively.

Reyes said they welcome the action by the Supreme Court.

“Some of the issues raised have been addressed through the new rules on the issuance and service of search and arrest warrants. Other issues such as red-tagging and the filing of trumped-up charges in remote towns still need to be substantially addressed,” he said in a statement.