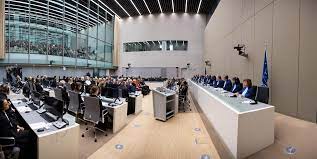 “For these reasons, the chamber hereby authorizes the commencement of the investigation into the Situation in the Philippines, in relation to crimes within the jurisdiction of the Court allegedly committed on the territory of the Philippines between 1 November 2011 and 16 March 2019 in the context of the so-called ‘war on drugs’ campaign,” said the pre-trial chamber 1 of the ICC.

This means the ICC will look not only at President Rodrigo Duterte’s bloody war on drugs, but also killings by the so-called Davao Death Squad when Duterte was mayor and vice mayor of Davao City.

The investigation is a crucial stage where summons and arrest warrants can be issued if Prosecutor Karim Khan asks for them.

“On the basis of the above, the Chamber concludes that there is a reasonable basis for the Prosecutor to proceed with an investigation, in the sense that the crime against humanity of murder appears to have been committed, and that potential case(s) arising from such investigation appear to fall within the Court’s jurisdiction,” said the judges.