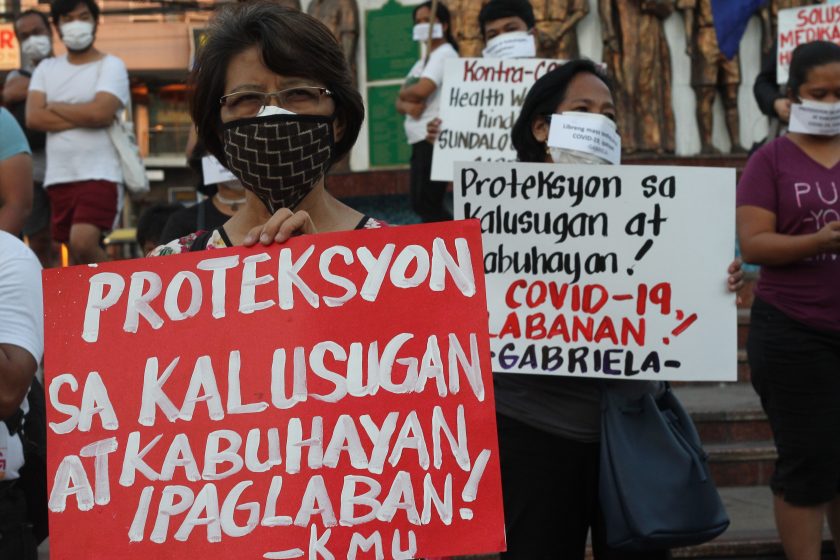 MANILA – Critics are far from impressed by President Rodrigo Duterte’s marching order to his newly-appointed PhilHealth chief to eradicate corruption in the long-beleaguered public health insurance system. But more than this, community doctors and health advocates fear this may put people’s lives in peril – with the new chief’s admission that he does not know public health.

The appointment of the new PhilHealth chief – Dante Gierran, former director of the National Bureau of Investigation – came after the Aug. 26 resignation of Ricardo Morales amid investigations on the reported anomalies on COVID-19 response.

However, with 226,000 COVID-19 cases and 3,600 deaths at hand, Gierran’s mere appointment, according to the Citizens Urgent Response to End Covid-19 (CURE Covid), shows the “president’s lack of understanding of the workings of the state health insurance firm and the chronic problems plaguing it.”

“The law says the PhilHealth CEO should have seven years experience in public health, management, finance and health economics. Gierran might be an accountant, but his experience is in criminal investigation and law enforcement. He simply is not qualified to lead PhilHealth,” said community doctor and CURE Covid Spokesperson Julie Caguiat.

Gierran himself admitted to media interviews of being “very scared” with the new tasks ahead as he does not know public health. Putting another retired military or NBI officials with little or no experience, said Caguiat, may put people’s lives in peril.

Gierran was appointed as NBI director under President Duterte. Like many of his appointees, Gierran has long known the president way back when he was still Davao mayor. He denied his involvement in the death squads in Davao, where one case allegedly involved feeding a man to crocodiles.

“I’m sure there are many more persons more qualified than Guierran out there. It’s just that President Duterte is still treating COVID-19 and other health issues as a peace and order problem, appointing law enforcers in positions that are better suited for health professionals and experts,” she said.

But can Gierran truly put an end to the seeming endless cases of reported anomalies in PhilHealth? This is unlikely, it seems, as health secretary Francisco Duque III and former chief Morales are still getting the president’s proverbial seal of approval.

In a statement, Migrante International Chairperson Joanna Concepcion noted that “Malacañang has even allowed Morales to gracefully tender his resignation instead of getting sacked from office. Making him fully entitled to back pay benefits. Meanwhile, Duque continues to cling to his position despite public clamour for his resignation.”

Cases should push through

Migrante International said they are fully supporting the proposed filing of charges against reported erring Philhealth officials “to clear the way for the public in finding out the extent of their consent or participation over widespread corruption and irregularities in the government firm.”

The Filipino migrant rights group brought attention to the P500-million diverted funds of the Overseas Workers Welfare Administration, which was allegedly used to produce Philhealth cards that bore former President Gloria Macapagal Arroyo’s photo in the months leading to the 2004 elections under Duque’s watch as the latter’s chief. This resulted in major financial loses for Philhealth but charges against those involved were dismissed by the Ombudsman.

In a separate statement, the Alliance of Health Workers also expressed its support to the senate findings, which include recommending charges against Philhealth executives.

The group said that ensuring that Philhealth is free from corruption is of public concern as it would play a big role in the implementation of the Philippine law on universal health care.

“How can we entrust our hard earned money to an agency with 5,000 plus ‘ghost’ members over the age of 130? There is no basis for supporting a government agency that reimburses funds to hospitals based on profitability and not on concrete needs,” Concepcion said.