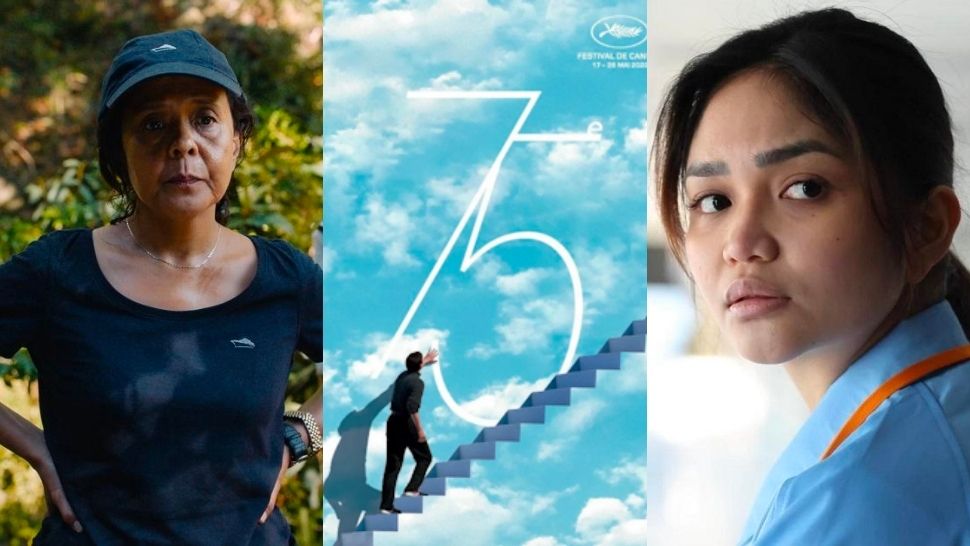 Filipino storytelling continues to inspire as Filipino actresses, producers, and filmmakers have won big at the Cannes Film Festival 2022.

Danish film Triangle of Sadness by Ruben Ostend won the coveted Palme d’or for its satirical take on privilege and greed. The film stars Filipino actress and FAMAS winner Dolly de Leon in the scene-stealing role of Abigail, a Filipino toilet manager on a luxury cruise ship in the film.

Meanwhile, the Japanese-French-Filipino production Plan 75 received a Special Mention under the Camera d’Or, which awards new directors. Directed by Chie Hayakawa, the plot follows a government program called Plan 75 that encourages the elderly to be euthanized by the age 75.

The film stars Filipino-Japanese Stefanie Arianne in a lead role as Maria, and OFW laborer, and Sheryl Ichikawa in a supporting role as Grace, a strong Filipino mother.

The story of the OFW clearly impressed the judges and viewers of the 75th Festival de Cannes.

De Leon plays the leading role of Abigail, an OFW who must teach a shallow couple how to survive on a deserted island after the yacht sinks. Abigail, in her no-nonsense manner, is the dose of reality the couple needs in this Danish satire. Dolly de Leon’s portrayal as Abigail in Triangle of Sadness has received critical acclaim, with Variety claiming “her every line has so far prompted cheers in press and public screenings alike.”

“I have relatives and friends who are OFWs and I know how they live, and I know them,” De Leon told Variety. “So I know the struggle and hardship they go through, having to live in a foreign country and speak a different language they’re not used to, and having to be away from their families and do things to earn money. I just based it on that. I asked myself, “What if I, Dolly, was an OFW?” That’s how I played her. A huge part of me is in Abigail.”

Despite her newfound fame at Cannes, De Leon claims she has “not broken out in the Philippines. I play bit roles—lawyers, doctors, the mother of the lead, the principal of a school, or the psychiatrist.”

Triangle of Sadness is her biggest film to date, following her recent roles in Lav Diaz’s Historya ni Ha and Erik Matti’s episode in the HBO horror show Folklore.

The two were instrumental in finding Plan 75’s Filipino stars, Stefanie Arianne and Sheryl Ichikawa. Japan-based Filipino-Japanese actress Arianne plays Maria, an OFW laborer who works at the Plan 75 facility that encourages elderly Japanese to opt for euthanization when they reach 75 years old. The film tackles the controversial issue of Japan’s aging population and challenges viewers to show more empathy.

Before landing a leading role in Plan 75, Arianne had only been in two feature films and a number of short films. As a Japanese and Filipino actress, Arianne has spoken out about how important representation is to her.

“It’s such an honor to represent both my countries on an international stage,” said the actress in the Faceb

Meanwhile, Sheryl Ichikawa takes on a motherly role in Plan 75 as the character Grace. Ichikawa appeared in a number of variety shows in the Philippines before settling down in Japan. Following her move there, Ichikawa has become a top pick for studios seeking Filipino actresses in Japan.

In the coming weeks, we’ll find out if and when Triangle of Sadness and Plan 75 will screen in the Philippines. And the studios can rest assured that the nation’s film-loving audience is awaiting their premieres.