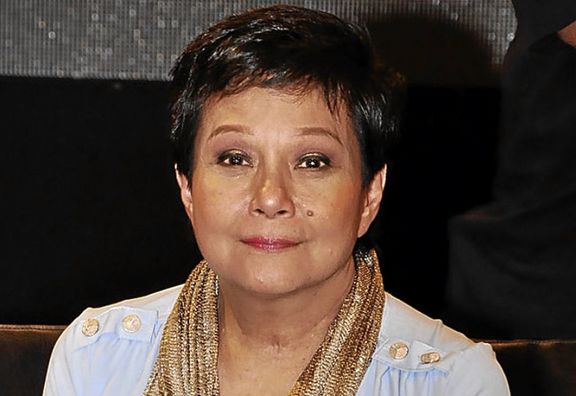 If she were born today, it is unlikely she will ever become a “superstar”.

Dark, short, with homely features, she won’t stand out among the mestizas, the perfect products of beauty pageants, the inbred kids of celebrity families who dominate today’s show business.

But in the 1960s, this innocent girl from Iriga with a golden voice burst into the scene to capture the hearts of Filipinos of all ages and classes.

She entered their consciousness in 1968 as the winner of the “Tawag ng Tangalan” that was more heard than seen, her voice filling the homes through the radio.

When she was introduced through TV and especially film, she became the brightest star in the cinematic universe.

It is difficult to describe the mania that she unleashed, with no comparison among local stars. Let’s just say, she was Sharon, Regine, Sarah Geronimo and Kathryn Bernardo rolled into one.

Nick Joaquin, the foremost journalist and cultural observer of the time had this to say:

“Nora Aunor has broken the color line in Philippine movies, where the rule used to be that heroines must be fair of skin and chiseled of profile. Though neither fair nor statuesque, Nora has bloomed into a beauty and all the more fascinating because it’s not standard. Seen up close, her complexion shows fine gold tints, her features reveal a delicacy of outline, and her large liquid eyes are lovely.”

Sad to say, that standard of beauty lived and died with her, specifically in the prime of her youth, for she is not seen in the same light today.

Her albums and her films were hits, her concerts were filled to the rafters and her television show “Superstar” was as staple as rice in every Filipino home.

She was so rich she could buy houses in the enclaves of the rich and famous and was just as quick to sell them as if changing shoes.

From a humble flat in Natib, Quezon City, she later moved to mansions in La Vista, Greenhills, White Plains, Balete Drive and Corinthian Gardens, to name a few. Then later in life to a descending series of townhomes and condo units. But there was more to her buying and selling than you think – which I will get into later.

When her singing career suffered hiccups because of the rise of decidedly more talented singers – Celeste, Kuh, Claire, Zsa Zsa  – she got serious with her film career.

While before she was content with appearing in teeny weeny films paired with the likes of Tirso Cruz III and Cocoy Laurel, which raked in money but no acting awards, she starred in such classics as “Tatlong Taong Walang Diyos,” 1976, directed by Mario O’Hara. “Minsa’y Isang Gamu-Gamo,” 1976, Lupita Concio. “Ikaw Ay Akin,” 1978, Ishmael Bernal. “Bona,” 1980, Lino Brocka. And the biggest of all, “Himala,” 1982 by Ishmael Bernal. It is the only Filipino film in CNN’s 10 best Asian films of all time. Also won the 1983 Bronze Hugo Prize at the Chicago Int’l filmfest.

They didn’t rake in as much money as her teenage films but they secured her place in local and international film history.

All told, she has won some 66 acting awards.

She fell into hard times because she ceased to be attractive to the general Filipino audience, especially the bakya crowd where she used to make the most money and because her singing career took a deep dive, coming to an abrupt end through a botched throat surgery which robbed her of her singing voice. She is a “superstar” in name only.

A string of difficult romantic entanglements also soured her life and career, beginning with her doomed marriage to Christopher de Leon, rumored flings with married politicians, including Erap and a tumultuous relationship with a lesbian. It didn’t help that she also fell into the rabbit hole of drug and alcohol abuse, which twice spoiled her chances of being awarded the National Artist honors under two presidents, in 2014 and 2018 – and from which nadir she is slowly picking herself up, by the bootstraps.

She shouldn’t be defined by her vices and personal tragedies. Not by her meteoric rise to fame  but by her dedication to her craft during her maturity. Her acting. Her films.

Which brings us back to her selling a series of residences. No, she wasn’t into flipping houses. She was actually raising money to produce her films, without which efforts we wouldn’t have seen some of her award-winning films.

That is how devoted she is to her art. That is why she very much deserves the National Artist Award for Film.