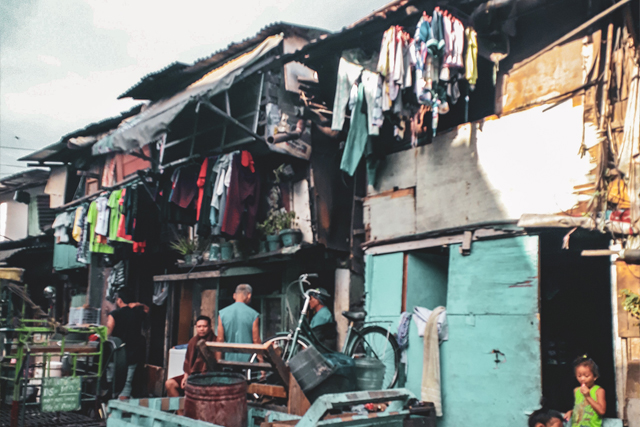 The President is expected to trot out the Maharlika Investment Fund (MIF or the Fund) to the world investment community in Davos this coming week. From what was to be a full blown affair the presentation has allegedly been downgraded to “a soft launch” in case the international reception is not quite as rousing as expected.

The Philippines wants its very own Sovereign Wealth Fund even if we neither deserve it, can afford it nor know what to do with it. It is hoped a SWF will, by osmosis, propel us to the ranks of rich countries like Norway, Singapore and the M. Eastern oil nations; even if we are a deficit country which to finance the Fund will need either to borrow or re-allocate resources better devoted to economic progress like education, healthcare and agriculture.

The business sector and the academe have opposed the concept even in its cosmetically altered form; but the House and the technocrats are forging ahead in the belief that foreign institutions will pile into a program that is ill-conceived, ill-advised and possibly ill-intentioned.

Here is why the Fund is flawed:

1. The Fund assumes institutional investors are stupid. It assumes they do not care about investment fundamentals like purpose, ownership dilution, management control, track record, expenses and governance. The Fund will effectively be controlled at all times by the National Government (NG) The Fund is expected to start with a GFI ante of P75 billion to be followed by annual mandated contributions from BSP dividends, PAGCOR profits, privatization proceeds and anything else that can be carved out without budgetary oversight. By the end of this Administration the Fund will I estimate have a capitalization in excess of the combined one of the GFIs and our Central Bank. Outside investors in the Fund who do not keep up with their share of the fund raising could well be diluted by a factor of 8-10 times within 5 years i.e. if they invested 10% in the initial round of funding, that stake will be reduced to less than 2% ownership and that is before the leakages.

2. The Fund does not have a clear mandate. The MIFs stated purpose is to make the most profit with the least risk while fulfilling long-term developmental goals; never mind that these goals are contradictory. The MIF may invest in risky hedge funds to boost its performance. For the record last year hedge funds lost on average about 15% of their investments, the worse since the disaster of 2008. If MIF had been in existence then we would be in that pile up today with the Filipino taxpayer picking up the tab.

A leading author of the MIF has suggested the Fund be used as a regulatory tool. He has reportedly advocated the Fund buy into utilities like power companies and force them to reduce electricity rates. What he does not say is this will lead to a mass sell off of these companies with consequent losses for the Fund. We have seen this before: It is called Privatization or worse, Political Capitalism, or worse Communism where the State takes over the economy’s basic means of production. When politicians and our economic leaders believe they are smarter than market forces, when they feel Government can manage companies better than the private sector, you know we are in trouble. Foreign investors will head for the exits.

3. The Fund has no added value. The Fund’s purposes are already being served well enough by existing Government Financial Institutions (GFIs).

4. The Philippines has no track record in managing concentrated pools of funds without getting the country into trouble witness the Coconut Levy Fund, the Road Tax, Philhealth, etc.

5. The Fund will have more money than it has ideas. We have no absorptive capacity as evidenced by the billions of pesos in stranded infra projects. This will leave billions of dollars sitting in the MIF checking account ready to be pounced upon by politicians, fund managers and favored corporate interests.

6. The Fund’s expenses are bloated. To give you an idea how bloated the Maharlika Investment Co. (MIC), the MIF’s management arm, will be charging the Fund a start up fee of P1.0-1.5 billion for salaries and administration to hire a few dozen professionals in less than 1,000 s.m. of office space; or over 10 times what it would cost the private sector to do. That will be followed by a management fee of 2% p.a. Remuneration of directors and officers will fall outside of Government statutory limits. The Fund will essentially be a leaking faucet.

6. Investors want governance. As we have seen elsewhere no number of oversight committees, majority of Boards nor auditors can prevent the abuses once the politicians and the vultures get their hands on the money. Private sector representatives will want in on the perks and the inside information; politicians on the pork barrel; fund managers on the fees; and technocrats on the expense accounts. The Palace, present and future, will be the sole voice of the Fund, unaccountable to no one.

7. The Fund represents a systemic risk. This has been highlighted by Presidential Special Legal Counsel, JPE, who knows something about law, power and human behavior. When fully formed the Fund will be bigger than its counterpart GFIs and the BSP. This could be the mother of all heists.

8. The Fund puts at risk our credit rating. Through its funding mechanism MIF compromises the independence of the BSP. It is a run around transparency, accountability and risk management. It diverts monies from economic development to financial profit. The Fund will likely be used for political purposes. The credit agencies will see right through all of that.

9. The Fund represents a clear and present danger to the Republic. It will crowd out the private sector. It will be used as a regulatory tool. It will be used to acquire companies for favored parties. It will be a fountain of corruption and political wrong doing.

The Fund is a dangerous economic and political adventure yet it has been embraced by our economic team. The latter is now drinking the same Kool Aid as the Fund proponents which is what makes the whole thing scary. The Philippines has had its share of economic problems but our economic managers were always respected by the world investment community for their integrity and professionalism. They were our last safety valve against abuses by the Palace and politicians. They were the adults in the room. That I am afraid looks to be changing. Our economic managers have convinced the President that foreign investors will buy into the MIF’s smoke and mirrors even as no SWFs in the world have outside investors for reasons I explained above. They have told him the MIF is the silver bullet that will save the economy when that is clearly not so. Has our economic team sold its soul to the company store?

President Bongbong will be unveiling in Davos a plan that he is told will wow the international investment  community. Davos will listen out of respect to a sovereign leader but understand, one, in the global scheme the Philippines is but a speck and, two, the audience is unlikely to sign on to an idea that is not new, that is at best naïve and at worst dangerous. It will remind them of the sins of his father. That would leave our President standing in the world stage alone, unaware he has no clothes.