Cheerful and caring, Zara Alvarez was an activist who never backed down 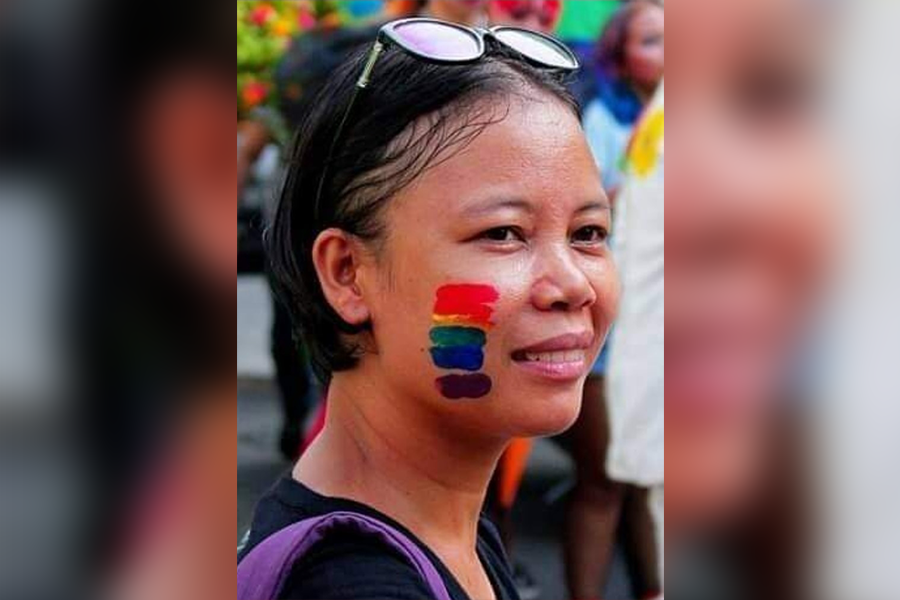 MANILA – Zara Alvarez had always known that she might face a bitter end with the path she chose – a life of service to the oppressed. But her optimism and determination never faltered despite being one of the most attacked and vilified human rights defenders in the country.

Her cold-blooded killing on Monday evening, the very same day that progressives gave a hero’s burial to peace consultant Randall Echanis, brought to mind the extrajudicial killings during the administration of former president Gloria Macapagal Arroyo. It was, after all, the very same political climate that opened Zara’s eyes to the dire reality, where full-time activists are called to fight and defend hard-earned human rights.

In the past weeks before her death, Zara learned that she was being tailed by suspected state agents. She continued her work nonetheless, even carrying out relief operations to pandemic-hit communities only to be questioned by village officials. On the night she was killed, Zara was preparing for the arraignment of a political prisoner, coordinating and relaying important messages for the family and their lawyer.

Initial reports from Karapatan Negros showed she was shot at least six times, two of which were fatal. The bullet that may have drawn her last breath – the one that pierced through her heart and lungs – appeared to have been fired while she was already lying down.

Zara’s political awakening began early. She grew up embodying Christian values and teachings on social justice and preferential option for the poor as her parents were active church workers. During her college days, she joined exposure trips to peasant communities in Cadiz, Negros, until she joined Anakbayan’s local chapter, where she was eventually elected as its secretary general sometime in 2000 or 2001.

When Gloria Macapagal-Arroyo implemented one of the bloodiest counterinsurgency programs Oplan Bantay Laya 1 and 2, Zara witnessed the need to be further involved in the human rights advocacy. The Negros island, particularly the municipality of Guihulngan, was among those tagged as “center of gravity” of the revolutionary movement, resulting in grave human rights violations, including the killings of fellow human rights workers.

After graduating and becoming a licensed teacher, she chose to pursue her advocacy work as a full-time staff for various people’s organizations in Negros. Hardworking and determined activist that she was, Zara was given big responsibilities, such as serving as deputy secretary general of Bagong Alyansang Makabayan and as campaign officer of Karapatan.

Zara had lived with vilification and red-tagging since her political awakening. While in detention for about two years and even after her release, the red-tagging against her never ceased.

Among the most recent was when she was named, along with more than 600 hundred individuals, in the infamous terror list that the Department of Justice submitted to a Manila court in a bid to declare the Communist Party of the Philippines and its armed wing, the New People’s Army, as terrorist organizations.

Two months before she was included in the terror list, Zara’s name and photo already appeared in a poster pinned up by police officers in the town center of Moises Padilla in Negros as one of the so-called “CNN Personalities.” CNN is the military’s abbreviation for Communist Party of the Philippines, New People’s Army and National Democratic Front.

Of the people whose names and photos appeared, Zara is the third to be killed. The two others are human rights lawyer Benjamin Ramos and former local official Bernardino “Toto” Patigas, who were killed in 2018 and 2019, respectively.

Amid the attacks against her, Zara never blinked from her commitment. In 2019, she was among the human rights defenders who sought a protection order from the Court of Appeals. This was later dismissed by the appellate court.

“We both have reached this point in our life that there is no turning back. We cannot turn our backs from the toiling masses. Zara had a big heart filled with selfless love and unwavering commitment to the people,” fellow human rights worker Clarissa Singson told Bulatlat in an online interview.

Though Zara was despised by state security forces, her friends and colleagues can attest how much she was loved and cared for by the people she served. Everywhere she went in the Negros island, Singson said people opened their doors for her, ready to prepare her favorite seafood dishes or make sure she had a biscuit in her bag to quell the growling of an empty stomach.

Nuns, who constantly egged her to gain weight, would buy chocolate milk drinks for Zara. They would at times hand over canned goods or bags of rice, too, but Zara would always bring these either to the political prisoners in the Negros island or to their families.

In one of the many fact-finding missions they carried out together, Singson recalled being so dead tired that she could no longer lift a finger to eat despite the hunger. Zara quickly scooped rice and fried fish to feed Singson like a child, much to the amusement of villagers.

When Singson was sent to the intensive care in 2019 and clinically died for 35 minutes before she was revived, Zara was so worried that she had asked her friends in the religious community in Negros to hold the Sacrament of the Annointing of the Sick to her ailing friend and colleague.

Zara loved a good laugh, even at her expense, like dancing in public to the theme song of Dora the Explorer.

She was also very generous when it comes to sharing her knowledge on the situation on the ground. When journalist Anne Krueger first moved to Negros as a human rights worker, it was Zara who showed her the ropes.

She then co-founded alternative news agency Paghimutad, which has been covering the human rights situation in Negros island, especially during the 2019 killing spree under Oplan Sauron. This allowed her to work closely with Zara, whom she grew fond of and treated like a big sister.

Months later, however, she found herself needing the help of human rights advocates as she was among those arrested along with 61 others in the series of raids in Negros on Oct. 31, 2019. Zara did not fail her and Krueger was later released on bail.

During the killing spree in Negros back in 2019, Zara played a crucial role in organizing and in seeking help. Her movements were under surveillance that those detained like Krueger often find themselves worried over her safety than theirs.

Known for being tireless and selfless, she pushed her limits, even carrying out tasks that was beyond her or even missing meals. Even when she, too, was in utter exhaustion from all the human rights work, she would offer words of comfort to her arrested colleagues, telling them to remain steadfast in their cause.

“Malalagpasan din natin ito,” (We will overcome this, too.) she would always tell them.

She also tirelessly maximized her platform online by posting and reposting news articles about the human rights violations not just in Negros but also in other parts of the country. Among her last Facebook posts included the burial of Echanis and the third year since the killing of 17-year-old Kian delos Santos.

She would also post statements of various people’s organizations and staunchly supported the granting of franchise of media giant ABS-CBN, where she led and joined protest actions.

At times, she would also gamely accept internet challenges, like when she posted her black and white portrait of her tagging three of her friends to do the same, or repost funny political memes.

Among her inspiration was her now 11-year-old daughter, whom she had always had in mind even during her two-year detention.

“Her daughter would always ask me how her mother is doing. How am I going to answer that question now?” Singson, also the godmother of Zara’s daughter, said.

With her busy schedule as a full time activist and also for security considerations, her daughter has been left to the care of Zara’s father. Whenever time permits, Zara would visit her and spend days bonding with her daughter.

Zara was always proud of her daughter’s achievements. Still, she was never an overparent and talked to her daughter like an adult, explaining the risks of her advocacy and to a certain degree, preparing her for the inevitable.

“Her daughter inspires her,” Krueger said.

Zara, who loved the sea, who loved to eat seafood and their local rice cake dipped in chocolate sauce, who worked tirelessly and selflessly, was murdered in one rainy evening. Yet, her fire burns eternal.

The post Cheerful and caring, Zara Alvarez was an activist who never backed down appeared first on Bulatlat.