Court snatches away 22-day-old baby from her mother 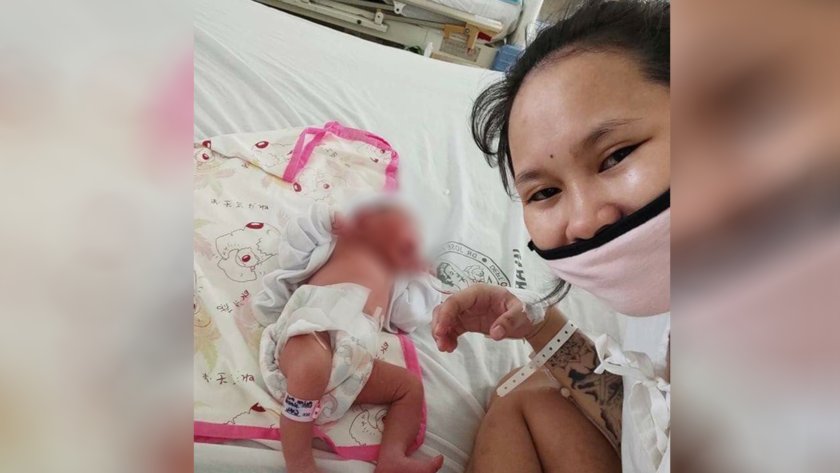 Kapatid decried the court’s move saying the separation of the newborn from her mother is “heartless and cruel, especially during this pandemic.”

MANILA– Reina Mae Nasino grieves as the Manila court denied her appeal to stay with her newborn daughter.

Manila Regional Trial Court Branch 20 ordered Nasino’s 22-day old daughter to be separated from her, denying the mother’s appeal for continuous medical care in a hospital or to stay together in the jail, at the very least.

Nasino gave birth to her fist child on July 1 at Dr. Jose Fabella Memorial Hospital. With her baby underweight and malnourished, Nasino’s lawyers appealed for both the mother and the child to stay in the hospital for at least a week but city jail officers secretly brought them back to prison.

The court’s decision cites “that the baby be turned over to her father or any relative, who could take care of her better because the jail does not have sufficient facility for the care of the baby.”

Kapatid decried he court’s move saying the separation of the newborn from her mother is “heartless and cruel, especially during this pandemic.” The World Health Organization recommends exclusive breastfeeding for babies up to six months. Breastmilk can provide special immunity and vital nutrients to a newborn, the group said.

Fides Lim, spokesperson of Kapatid, said, “Whatever happened to the petition we filed for prisoners like Reina Mae Nasino? Only the Supreme Court can break this impasse for all those who are asking for simple compassion and mercy because they are already very sick and old, or who like Reina Mae simply want to be on the side of their baby when she cries to be fed.”

Kapatid filed an urgent petition with the Supreme Court seeking to release Nasino and 21 other political prisoners on humanitarian grounds. The high court has yet to issue a decision.

Nasino was one of the three arrested on the dawn of November 5 last year when policmen raided their office Bagong Alyansang Makabayan- Manila in Tondo, Manila. They were charged with illegal possession of firearms and explosives, which their lawyers maintained were planted.

In a separate statement, National Union of People’s Lawyers – Women and Children Committee cited the “missed opportunity” of the govenment to apply international human rights law Bangkok Rules and the Expanded Breastfeeding Promotion Act of 2009, among others. The law “recognize and uphold the inherent dignity of nursing women and their children’s right to their mother’s breastmilk

“To regard these rights as diminished because the mother is behind bars would be inhumane, and, in Ina’s case, also violative of her constitutional presumption of innocence,” the group said.

Both Kapatid and NUPL demand the immediate release of Nasino together with the #Tondo3 and vowed to exhaust all legal challenges and remedies to free them. (Bulatlat.com)

The post Court snatches away 22-day-old baby from her mother appeared first on Bulatlat.