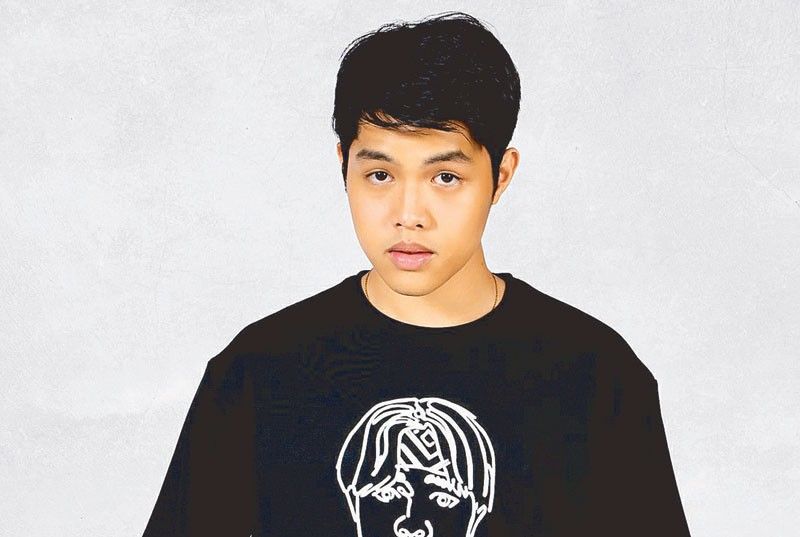 Until or even after this interview, Elijah Canlas has been pinching himself to see that it isn’t just a dream that is, beating nine other nominees for Best Actor in the just-concluded Gawad Urian, the country’s credible awards given by the Manunuri (critics), including three veterans, Alden Richards for Hello, Love, Goodbye (said to be the all-time biggest Filipino box-office hit), Raymond Bagatsing for the critically-acclaimed historical film Quezon’s Game and director Joel Lamangan for Hupa.

“Some of them are my friends and I’ve watched their films,” said Elijah, referring to the six other contenders, Oliver Aquino (Jino to Mari), Louise Abuel (Edward), Royce Cabrera (Fucbois), Jansen Magpusao (John Denver Trending), Gold Azeron (Metamorphosis) and Gio Gahol (Sila Sila). “It was already an honor to be nominated for Gawad Urian. Dagdag pa ‘yung fact na nominated ako kasama ng mga mahuhusay na aktor. That’s why I really didn’t expect to win at all. It’s still unbelievable to me. I’m more than grateful for this blessing.”

Noted Gawad Urian head Butch Francisco, “It was a tough contest. Any of the 10 nominees was a deserving winner.”

Elijah won for his performance in Kalel, 15, as a student in a private school diagnosed to be HIV-positive, the same film that has also won him the same honor at the 17th Asian Film Festival (AFF) in Rome last August and a Best Director Award for Jun Lana at the 2019 Talinn Black Nights Film Festival (TBNFF) in Estonia. The movie was produced by Jun’s The IdeaFirst Company with his partner Perci Intalan.

“Will the two awards challenge me to prove not just to myself but to everybody that I deserve the honor? Definitely. I know that I am new in the industry and I still have a lot to learn and to prove myself,” said Elijah. “But at the end of the day, I act because I love doing it. Making films and telling stories are really a passion of mine. These awards are both an inspiration and a challenge. Alam ko that people now expect me to deliver not just a good performance but one that’s always better than my last one.

What’s ironic is that Elijah actually failed the first time he auditioned for the movie, only to land it in the long run. “First time I auditioned for Kalel was in 2014,” he recalled. “Sabi nga po ni direk Jun na it was a totally different film back then and they had cast somebody else. Actually, hindi nga daw po ako matandaan ni direk Jun mula sa mga nag-audition eh, hahahaha! But when I signed to be managed by The IdeaFirst Company back in 2018, direk Jun and direk Perci told me that they wanted to cast me in a film. I didn’t know that it was the same project I auditioned for four years ago until direk Jun gave me the script and offered the role. I remember na natulala ako when I realized na ako ang lead with Mr. Eddie Garcia and Ms. Jaclyn Jose as my co-stars no less!”

Elijah submerged himself so effectively in the character that you won’t see the greenhorn in it.

Kalel’s story is real, according to Jun and Perci. The film presents real problems and sheds light on the stigma surrounding HIV. It should be taken seriously.

Added Elijah, “We should be more open in discussing this disease so that we will know what to do instead of judging with hate. We don’t talk about HIV enough and that’s why it isn’t going away. Kailangan natin itong pag-usapan at solusyonan.”

What was his parents’ reaction when he was offered Kalel and then the Boys Love series Gameboys (with Kokoy de Santos)?

“They are supportive in everything that I do. My mom almost cried when I was offered the role of Kalel because she was there when direk Jun gave me the script. Sobrang saya po nila when I get these kinds of opportunities. They always tell me how happy they are for me and how blessed I am that I get to do what I love to do.”

Elijah described himself as a very passionate person. “Whatever it is, I make sure to work the hardest I can to achieve it. Medyo I get awkward din po at mahiyain po ako minsan around people. Those who know me can attest to that. But when I’m around people I’m comfortable with and who I think I can trust, kaya ko nang mag-loosen up.”

Gameboys was a hit. Isn’t he afraid of being typecast in BL series?

“I’m not afraid of that at all. It was a huge honor and privilege to portray Cairo in Gameboys and that was genuinely a fun learning experience. It would be great to do it again as long as the project is right. But I’m always open to the challenge of portraying different characters. There are endless stories to tell out there.”

As early as when he was five years old, Elijah has been doing theater.

“I have learned to love acting and the art of telling stories. I even studied at the Philippine High School for the Arts to further improve my knowledge about theater and the arts. Then I studied Film at Mint College because I was obsessed with the art; I love watching movies. Up to now, I’m a student trying to pass and get good grades in my classes.”

Has showbiz changed his life?

“Well, not much. Siguro mas naging public lang po ang buhay ko at ng pamilya ko but other than that wala naman po masyado. I still attend my online classes at UP Manila while doing what I love to do most which is acting and telling stories. I couldn’t be more blessed.”

Pinoy power in the US beauty field

Meanwhile, a lovely Mississippi lass was crowned Miss USA 2020 two days after Miss Teen USA in Graceland, Tennessee. Asya Branch emerged victorious at the culmination of the three-hour-long pageant. (Asya was a non-finalist at last year’s Miss America Pageant.) Narrowly missing the crown was Fil-American beauty Kim Layne of Idaho. Fans are requesting her to compete at next year’s Miss Universe Philippines pageant.

It is interesting to note that Miss USA 2019 Chelsie Kryst wore a stunning yellow gown by Michael Cinco during her final walk.