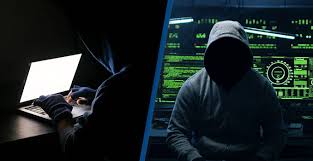 MANILA, Philippines — A group of Filipino-Americans who had uncovered a network of “trolls” attacking presidential aspirant Vice President Leni Robredo called on Meta’s founder Mark Zuckerberg to immediately take down these accounts and their posts, saying they pollute Philippine democracy.

In a report released on Tuesday, the US Filipinos for Good Governance (USFGG) launched TrollExposer.com, where they identified hundreds of Facebook accounts, pages and groups that consistently share fake news about Robredo and tagging her as a communist sympathizer.

The group launched the website in response to former Ferdinand Marcos Jr.’s challenge to show him “where the trolls are,” as he denied hiring troll farms to prop up his candidacy and attack Robredo.

Using publicly available data and artificial intelligence, the group was able to trace 136 unique pieces of content (such as posts, pictures, videos) had been shared a cumulative 1,976 times across a network of 737 accounts and 77 pages.

Many of the contents come from the government’s own anti-insurgency task force and its spokesperson Lorraine Badoy, who continues to insist without basis that Robredo plans to form a coalition government with communist rebels.

The group found the top five accounts (profiles and pages) that pick up red-tagging content targeting the vice president and sharing it, followed by the number of times they have shared it:

These attacks appear coordinated and systematic, ramping up in the lead-up to the 2022 elections where Robredo currently trails behind the ousted dictator’s son and namesake in surveys, the group said.

“Our country has become extremely polarized through vigorous troll activity,” said Eric Lachica, USFGG Washington DC Coordinator. “Trolls have found fertile ground in weakly regulated social media to saturate the public with disinformation. These lies have been allowed to spread through Facebook for years.”

“Having the presidency decided based on lies that rewrite history and hide the fact that much of this troll activity is state-sponsored would be a tragedy,” he added. “We hope it is not too late to detoxify the minds and hearts of our people.”

The group called on Zuckerberg to clamp down on these networks and to act decisively against disinformation.

“We’re calling on Mark Zuckerberg and Meta/Facebook to immediately take down these fake posts and disable the trolls identified in TrollExposer.com to reduce the disinformation on his platform in the lead-up to the May 9th election,” she said.