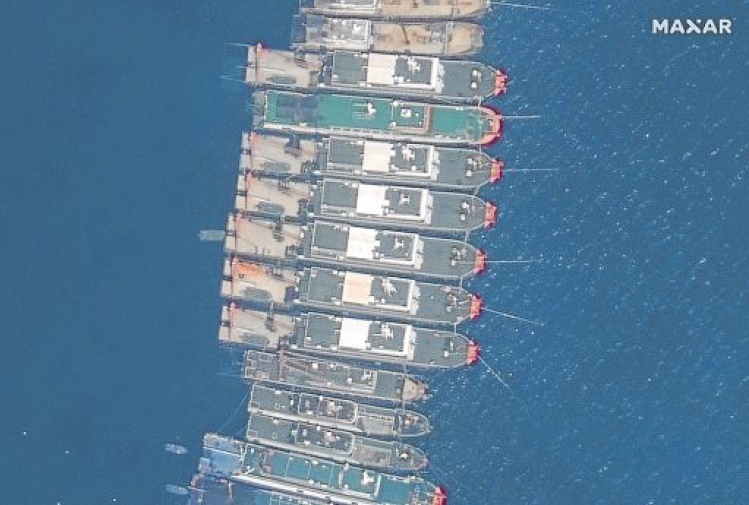 Eight business groups quote former Chinese statesman Deng Xiaoping, who urged the world over 4 decades ago to overthrow Beijing should it turn into a tyrant

In a strongly worded joint statement on Wednesday, April 14, 8 business groups joined the government’s call on China to withdraw its vessels from Julian Felipe Reef, which is located within the Philippines’ exclusive economic zone.

The Philippine government found at least 240 ships lingering in the West Philippine Sea and has filed diplomatic protests on the matter.

“Julian Felipe Reef is historically and by law undisputed Philippine territory, as was most clearly established in the 2016 ruling based on the UN Convention on the Law of the Sea. Our exclusive right over the Julian Felipe Reef carries with it the utilization of, and the obligation to protect, its economic benefits, such as its rich marine life and mineral deposits, for the well-being of each and every Filipino,” the groups said.

“In 1974, Deng Xiaoping said, ‘If one day China should change her color and turn into a superpower, if she too should play the tyrant in the world and everywhere subject others to her bullying, aggression, and exploitation, the people of the world should expose it, oppose it, and work together with the Chinese people to overthrow it.'”

The Department of National Defense has ordered an investigation into the recent incident in the West Philippine Sea where heavily armed Chinese ships chased the crew of Filipino TV network ABS-CBN.

The Department of Foreign Affairs also summoned Chinese Ambassador to the Philippines Huang Xilian over the “illegal lingering presence” of Beijing’s ships in the area. – Rappler.com