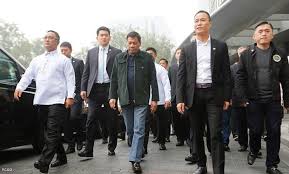 As long as more anomalies are discovered, Gordon said his committee will not stop investigating the government’s transactions with Pharmally Pharmaceutical Corp.

Pharmally bagged over P8.6 billion worth of contracts from the Procurement Service of the Department of Budget and Management (PS-DBM) in 2020.

(Until we still have more things to uncover, we will continue. We will not stop because of the many anomalies that keep popping up.)

(This is massive, this is record-breaking, this is the mother of all corruption and this happened under the Duterte administration when people are expecting that they will be rescued from poverty.)

The Senate, particularly Gordon, has been at the receiving end of backlash from the President as the chamber continues to look into the controversial purchases made by the government last year.

Gordon said the Philippines seems to have reverted to being the “sick man of Asia again” as corruption has supposedly thrived under the Duterte administration.

“[We’re] the sick man of Asia again. Naibangon na ang Pilipinas, ngayon balik tayo [We were revived before, now we’re back to being in that status],” the senator said.

During the hearings, senators lamented what they believed was the favor accorded to Pharmally even if the firm’s prices were higher than that offered by Filipino suppliers.

(We are not only targeting Pharmally, who we are targeting is who ordered kickbacks. Who planned to get suppliers from China, to order from our prepared suppliers so we can make the price higher?)

The PS-DBM, Malacañang, and the Department of Health have repeatedly defended the government’s transactions with Pharmally and denied alleged irregularities.

“Just to disabuse the mind of some people about corruption, it ain’t here at this time. I suppose that you are barking at the wrong person,” Duterte said in a public address last Aug. 21.

During one of the hearings, Pharmally president Huang Tzu Yen admitted that his firm borrowed money from former presidential economic adviser Michael Yang to help them fulfill some of the government’s orders last year.

In a House hearing last Monday, Yang insisted that it was his friends, not him, who funded Pharmally in some of its contracts with the government.

Huang, for his part, denied that they were favored in any way in the government’s procurement of medical supplies in 2020, saying the small company has been “unfairly prejudged.”