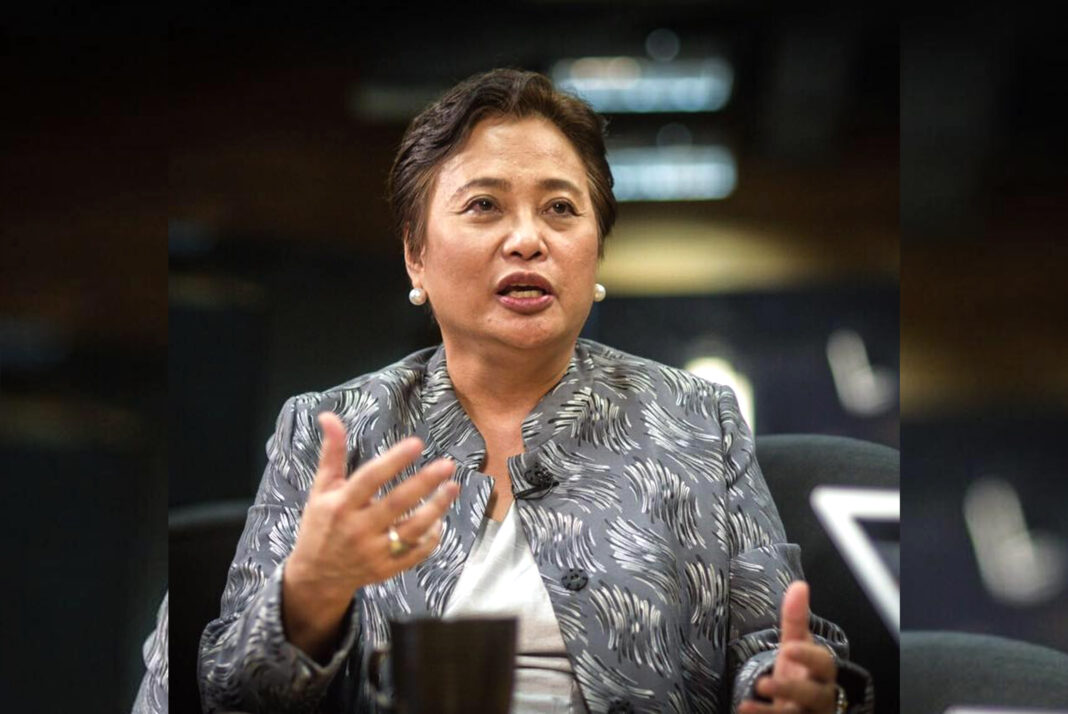 The dictator’s son Ferdinand Marcos Jr. ‘acted as if the law did not apply to him,’ writes Comelec Commissioner Rowena Guanzon in her separate opinion

Voting to disqualify the ousted dictator’s son, Guanzon said Marcos committed a crime of moral turpitude when he failed to file his income tax returns (ITRs) from 1982 to 1985, when his father was president of the Philippines. By failing to do so, Guanzon said Marcos showed a “serious defect in one’s moral fiber.”

Committing a crime of moral turpitude is a ground for disqualification under the Omnibus Election Code.

“For decades, the government was deprived of the taxes which respondent failed to pay. In a very real sense, respondent’s failure to file his ITRs, which in turn led to the belated discovery of deficiency taxes, had a deleterious effect to public interest,” Guanzon wrote.

Guanzon also noted that Marcos was a public official at the time, having served in the provincial government of Ilocos Norte. She said he must have had staff at the time to handle matters for him, yet the government official Marcos Jr. still failed to comply “with what everyone else complies with.”

“Instead of setting a good example for his constituents to emulate, Respondent acted as if the law did not apply to him,” the commissioner said.

“Taken altogether,” she added, “all of these circumstances reveal that Respondent’s failure to file his tax returns for almost half a decade is reflective of a serious defect in one’s moral fiber.”

Read the full text of Guanzon’s separate opinion in link below.

Why Guanzon is unconvinced

The Marcos camp had clung to Section 12 of the election code, which stated that disqualification is removed “after the expiration of a period of five years from his service of sentence.” They insisted Marcos already paid the fines imposed by the Court of Appeals.

But Guanzon was unconvinced by the proof presented by the Marcos camp – a bank receipt and a Bureau of Internal Revenue (BIR) certification from 2001.

The bank receipt, she said, indicated that it was a payment for lease rental, and not for deficiency taxes payable to the BIR or the Regional Trial Court, which first convicted Marcos in 1995 over his tax offense. The BIR certification, meanwhile, “does not state what the certification was for,” the separate opinion read.

“I find that the RTC certification… must be given more weight,” said Guanzon, referring to the document submitted by the petitioners to attest that there is no record of Marcos’ compliance of payment.

Guanzon, meanwhile, denied the petitioners’ argument that Marcos was slapped with an 18-month sentence by final judgment, which is another ground for disqualification under the election code.

She said that the Court of Appeals never meted out the penalty of a three-year jail sentence against Marcos Jr. when it modified the 1995 RTC decision.

Guanzon also disputed the petitioners’ argument that the penalty of perpetual disqualification of the tax code, under which Marcos was convicted by the CA, applies to Marcos.

“The commission regrettably is unable to find any legal basis to allow the imposition of the penalty of perpetual disqualification upon respondent when the same was not imposed to begin with,” she wrote.

Does her vote matter?

Guanzon is set to finish her seven-year term in the Comelec on Wednesday, February 2.

Her separate opinion and vote, however, run the risk of being invalidated, should the ponente or writer of the ruling in the case in the First Division fail to release a ruling by Wednesday.

Guanzon has been engaged in a public rift with ponente Commissioner Aimee Ferolino, whom the former accused of deliberately delaying the promulgation of the ruling so that her vote will not be counted.

Ferolino has insisted she needs more time to rule on a “complex and highly rated” case. – Rappler.com