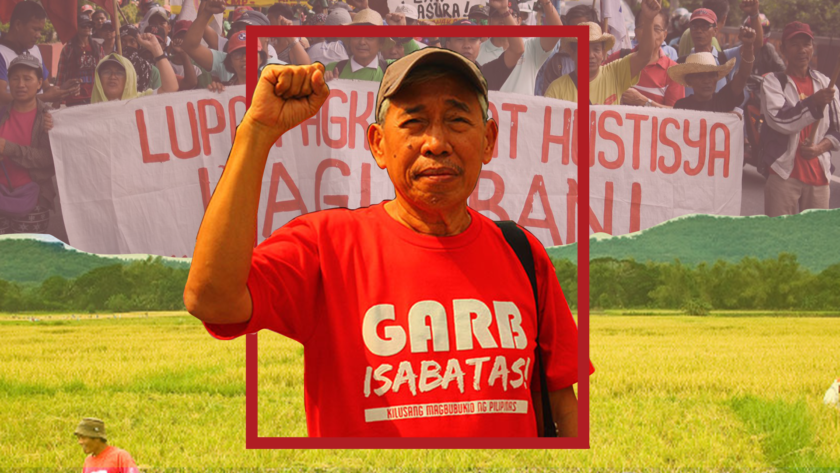 If they truly managed to kill Ka Randy, why does his snickers still ring in our ears? Why is his legacy still very much alive in our hearts?

MANILA – Where Randall Echanis was, the proverbial crickets would soon find their way. They buzz into your ears when playful banter fail to evoke a hilarious laughter he expects as he snicker at his own joke. But whenever he least expect it, he can make a room crack laughing with his remarks, which are either of his innocence or his wry sense of humor.

Without a doubt, Echanis had a funny bone. He was always warm and good-natured. Exuding a grandfather aura, he is a tatang (father) to many young activists, especially those who are in the peasant rights advocacy.

But Echanis was not a legend for nothing. He was a stalwart advocate for the rights of landless farmers and in pushing for just peace for more than five long decades.

So when the news of his brutal killing broke last Monday morning, calls for justice and condemnation reverberated. It left grief and emptiness in one’s heart – grieving amid a pandemic and of physical distancing prove to challenging.

Today, as he is laid to rest, tributes continue to pour for him. And the calls for justice remain ever so fervent.

As a young activist and human rights defender 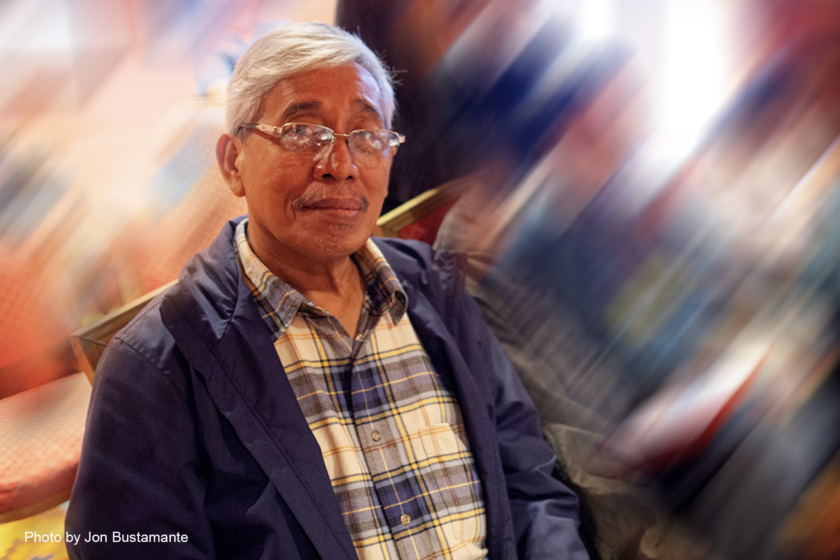 In an account penned by human rights lawyer Jobert Pahilga, Echanis came from a lower-middle class family. He was exposed to activism while studying at the then Philippine College of Commerce, now the Polytechnic University of the Philippines, where he joined student rallies protesting the US war against Vietnam.

He joined the Kabataang Makabayan and eventually chaired its chapter in the University of the East back in 1970. During the height of the series of protest actions under the Marcos dictatorship, known as the First Quarter Storm of 1970, Echanis was among the students who did not cow in the face of violent dispersals and arrests.

Later that year, Echanis went to the countryside to organize and educate peasant communities in the regions of Cagayan Valley, Cordillera, and Ilocos until his arrest in 1983, where he was held incommunicado for over a year in Camp Aguinaldo.

In 1984, he was brought to Camp Adduru Tuguegarao, Cagayan where he was put in solitary confinement for the next two years until his release after the first People Power uprising.

For then young activist and now human rights lawyer Neri Colmenares, Echanis was a legend in his peasant organizing work in the Cagayan provinces to earn the ire of known torturer Philippine Constabulary lieutenant Rodolfo Aguinaldo. During his 1983 arrest, Colmenares was subjected to torture under the cruel hands of notorious torturer, who wanted to know what “crimes” he committed with Echanis whom he did not know yet at that time.

In his mind, Colmenares painted a tall and overbearing Echanis for the legends he was supposed to have done. But he was in for a surprise when he later met him – a simple man who was firm on his principles.

Echanis continued his advocacies after his release from prison. The hardships he faced while in detention and the injustices he witnessed pushed him to join the Samahan ng mga Ex-Detainees Laban sa Detensyon at para sa Amnestiya (SELDA) and became a member of its national council. Years on, he would always ask how political prisoners are faring.

Apart from Selda, he was also actively involved in the human rights work, which led to the founding of human rights group Karapatan.

Three years later, Echanis returned to peasant organizing. However, he faced his second arrest in 1990, this time along with wife Erlinda and then two-year-old daughter Amanda. He suffered grave physical and emotional torture from the hands of his captors for about a week before he was moved to the Camp Crame Custodial Center.

The charges against him were later dismissed.

Echanis, who is married to fellow activist Erlinda, has two children July and Amanda who are also active in the peasant movement. 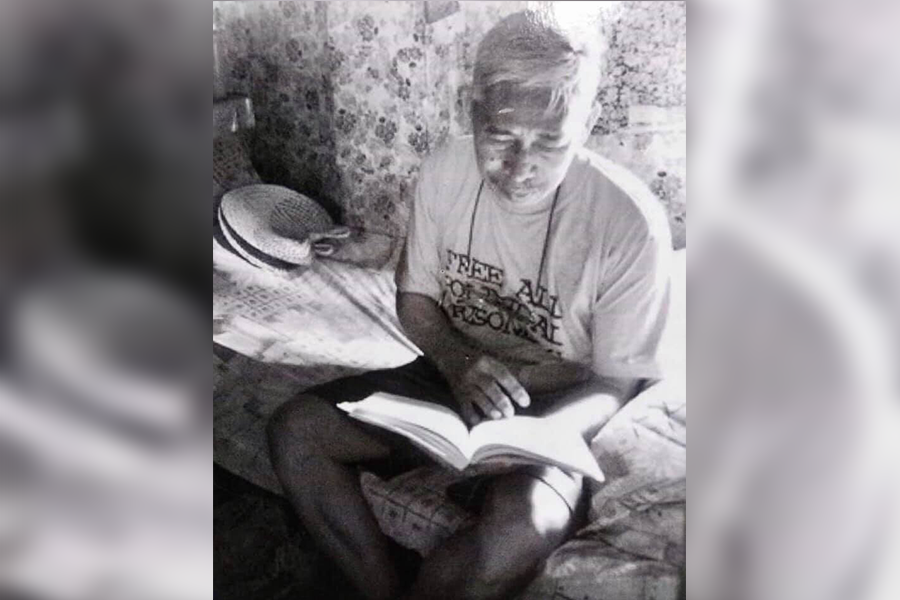 Under former President Gloria Macapagal Arroyo, at the height of rampant human rights violations, he was among those charged for rebellion, as part of the Batasan 6 in 2006, which was later dismissed by the Supreme Court.

Two years later, he was arrested again in Bago City in Negros Occidental, while conducting a consultation with sugarcane workers. This time, he was among those accused of a multiple murder charge.

Almost like a scene from a local action flick, Echanis was detained in a local police station. Negros-based activists such as Clarissa Singson were on guard – round the clock so to speak – to ensure his safety. But he was forcibly taken and was brought to a press conference through a helicopter.

Australian nun Patricia Fox, who was forced out of the country under the order of President Duterte, embraced Echanis tightly to keep the police from taking him. The police, on the other hand, had to kick another activist in the chest as the helicopter left the ground.

Singson said it was a night to remember as they tried to keep up in vain with the helicopter. Colmenares, yet again, crossed paths with Echanis – this time as a lawyer.

“Why is the military very angry at this man when he only carries the interest of the downtrodden?” he asked himself.

A legend while prison

Randall was arrested and detained thrice during the administrations of Ferdinand Marcos, Corazon Aquino, and Gloria Macapagal Arroyo. But the prison walls were neither high nor thick enough to keep him from fighting for what is just. Speaking out against the ills of the society was deeply ingrained in his core.

During his third arrest in 2008, Randy was whisked to the Leyte Provincial Jail after he was arrested while conducting a consultation with sugarcane workers in Bago, Negros Occidental. The military brought him in – with at least six vehicles and an armored personnel carrier in tow.

As soon as he stepped into the jail, he had already earned everyone’s respect, including the ranks of jail guards. He must be a “very high profile person,” the warden told human rights lawyer Jobert Pahilga.

Not long enough, Randall learned of the politics behind bars, with his fellow detainees experiencing brutality from the hands of the so-called “Mayor de Mayores.” Along with peace consultant and fellow detainee Jaime Soledad, the two planned a coup de etat to unseat the prison leader.

One morning, while detainees were sunning and having their morning exercises, they disarmed and beat up the Mayor de Mayores. The other four other loyal prison leaders were told not to defend him or they would end up hurt as well. Not even the jail guards were able to stop them as they were kept from entering where the ruckus was happening.

The cruel Mayor de Mayores was a leader no more. He was made to clean the toilet and later transferred to another detention facility. Meanwhile, a new leader was elected in the detention center.

“Until now, he remains a legend at the Leyte Provincial Jail,” he said.

He was always ready to extend a helping hand.

In Manila City Jail, he learned of a fellow detainee who has never had a visitor and later learned that his mother was once a member of a grassroots organization that Migrante International organized. He took it upon himself to ask Migrante to help him, which they did. The detainee was later released from prison and became a part of Migrante, recalled fellow activist Rina Anastacio.

An advocate of change and a teacher 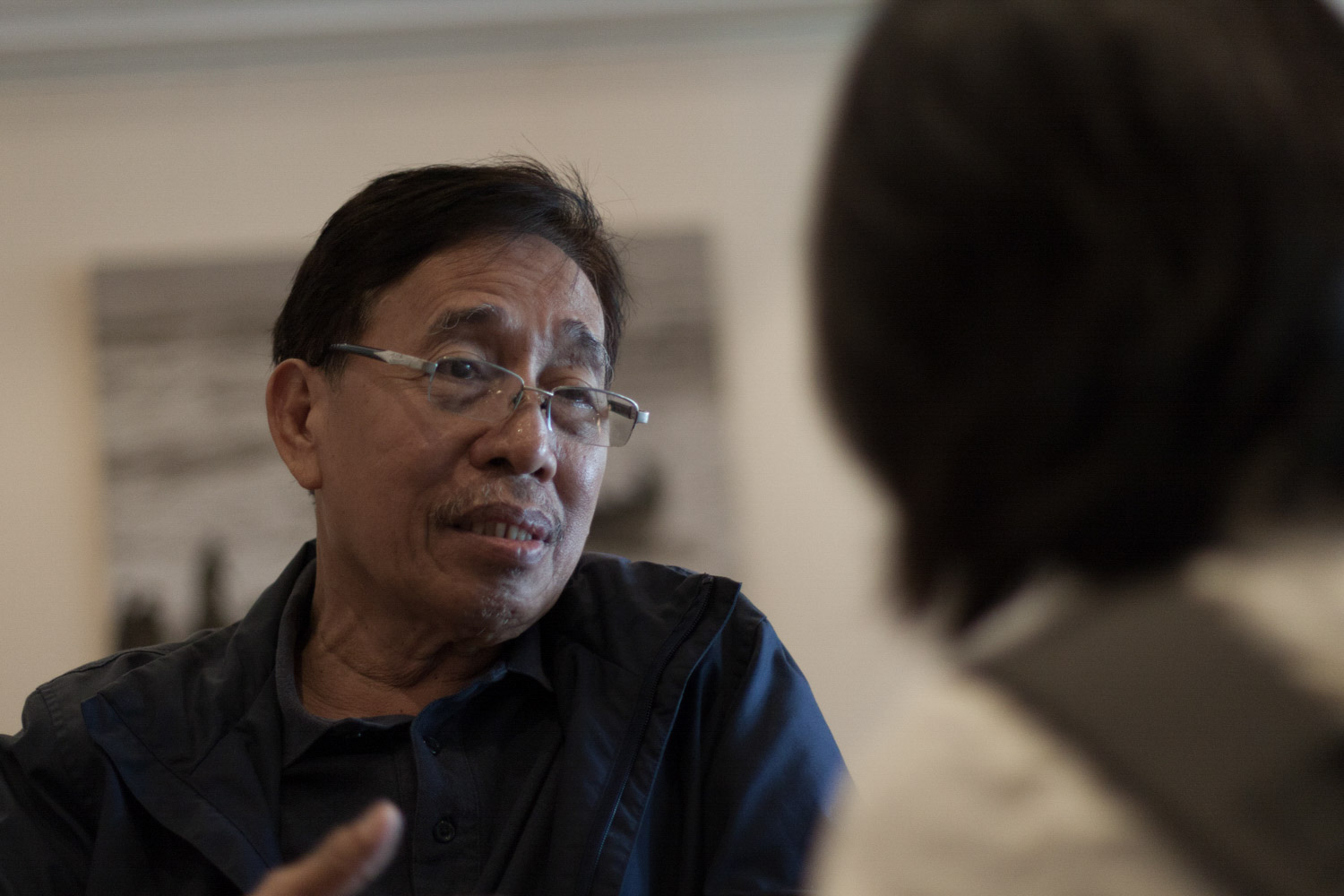 Echanis did not only pursue his advocacy for peasant rights. He also reached out to the international community and pushed for solidarity work among people’s organizations here and abroad.

In 2001, he joined the founding congress of the International League of Peoples’ Struggle. He was also among those who participated in the very first general assembly of the Asian Peasant Coalition in 2004, joined by at least 26 farmers organizations and institutions from Bangladesh, India, Malaysia, Nepal, Philippines, Sri Lanka, and Pakistan.

Apart from his peasant rights, Echanis’s advocacy also branched out to related advocacies but nonetheless boiled down to his treasured and ardent wish of emancipating farmers and the oppressed from the chains of poverty and exploitation.

He was among the founding member of Partido ng Bayan, national democratic party that fielded candidates to both senatorial and congressional seats during the administration of then president Corazon Aquino.

His advocacy in the arena of parliament work continued under Anakpawis Partylist, where he served as it national chairperson. He role was crucial in the crafting of the Genuine Agrarian Reform Bill, which pushes for free land distribution. As a constant resource person, he answered questions patiently and dedicated all of his strength and intellect to put forward the interests of farmers in the face of their foes, landlord-lawmakers.

“He was always calm. This is why you would know he is a warrior because a warrior needs a degree of calmness,” said former Gabriela Women’s Party Rep. Liza Maza.

Teaching and imparting his knowledge on the plight of the Filipino people was as natural as breathing for Echanis. In the months and years he spent at the Leyte Provincial Jail, he organized medical missions and discussed social issues among their inmates.

For many young activists, he was a father they can always talk to. He would ask them how they are doing or tease them endlessly.

Inspiring that he was, Echanis would also forever be remembered for the light moments he shared with colleagues – when he would be sssshhhed in the middle of a hearing in Manila with a sitting judge present in the room as he shared a joke or two with his co-accused or got endearingly laughed at when he accidentally applied a copper brown dye hair before a major activity for the peace talks.

His colleagues would remember his sarcastic remarks or whenever he would play coy for not understanding a word from Jose Maria Sison’s talk on international politics.

In one of their trips to The Netherlands for the peace talks, they passed in front of a house across the canal, which was reportedly the office of the US Central Intelligence Agency. He then told university professor Ed Villegas, “Ed don’t look menacingly like that at the house, or they may shoot you”, and laughed hilariously.

Or when Villegas and Echanis walked around Rome after the third round of peace talks under the Duterte administration, looking for a cheap restaurant to take their lunch and found none. “Ed,” he said, “by the distance we have covered, we may meet St. Peter in a corner street, begging.”

He also loved music – from Moon River to Abba’s Fernando. But he was very particular with the progressive song, “Ang Masa,” saying that it has to be sung with firm feet, right shoulder pointing slightly diagonal towards the audience, the correct swaying of the right arm.

This song he sang as he lived.

Echanis, an unassuming man of peace, has sown and cared for enough seedlings to fill hectares of social activists who will not tire of pursuing justice and seeing into reality his fervent dreams – a bountiful harvest for Filipinos.