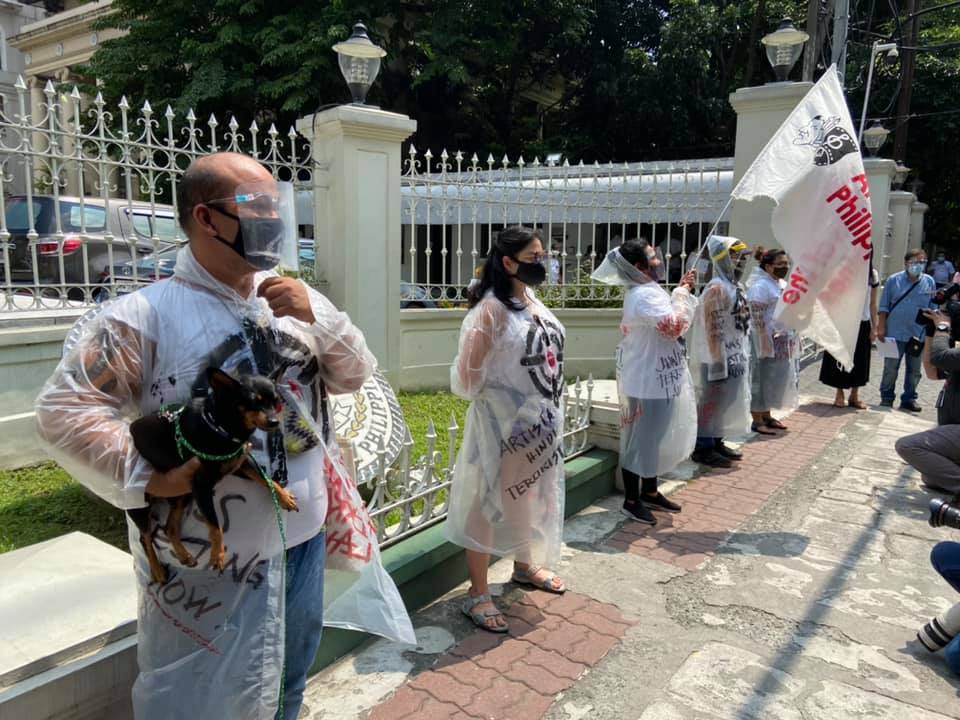 MANILA— Journalists, artists, and free expression advocates filed the 13th petition today, July 23, before the Supreme Court against RA 114979, or the Anti-Terrorism Act of 2020.

Joined by almost 40 individuals from Luzon, Visayas, and Mindanao, the groups filed a petition for Certiorari and Prohibition seeking to nullify the new measures as they are a clear violation of press freedom and free expression.

In their petition, the group cited that even before the enactment of the draconian law, many of the petitioners have already suffered from red-tagging, threats, and harassment from authorities.

They also cited how the National Task Force to End the Local Communist Armed Conflict (NTF-ELCAC) regularly tags journalists and artists not only as supporters of communists terrorists, but as active members of the Communist Party of the Philippines (CPP) and the New People’s Army (NPA).

The petition also described the law as ‘unconstitutionally overbroad and vague,’ particularly Section 4 of RA 114979; citing how it had failed to define key terms that would ensure that individuals airing out legitimate concerns against the government would not constitute as a violation of the law.

The group argued that the vague definition of terrorism that is mainly based on “intent” instead of actual acts of terrorism could be subjected to abuse. Section 9 of the law, ‘inciting to commit terrorism’ also includes free expression as one of the elements of the crime, a clear violation of Article 3 Section 4 of the 1987 Constitution.

The petition also pointed out how the law also violates the right to liberty and due process with Section 29 giving the Anti-Terror Council the power to arrest and put in detention ‘suspected individuals’ without a warrant. Additionally, it also violates the doctrine for separation of powers as the ATC will be mostly composed of Cabinet members of the Executive branch.

The group asks the higher court to put a temporary restraining order on the law, and to stop authorities from enforcing the law until the resolution of the filed petition.

“It is clear that the Terror Law is anathema to democracy,” said NUJP in their press statement.

“For all Filipinos who cherish liberty, there can only be one response: Resistance!” (Bulatlat.com)