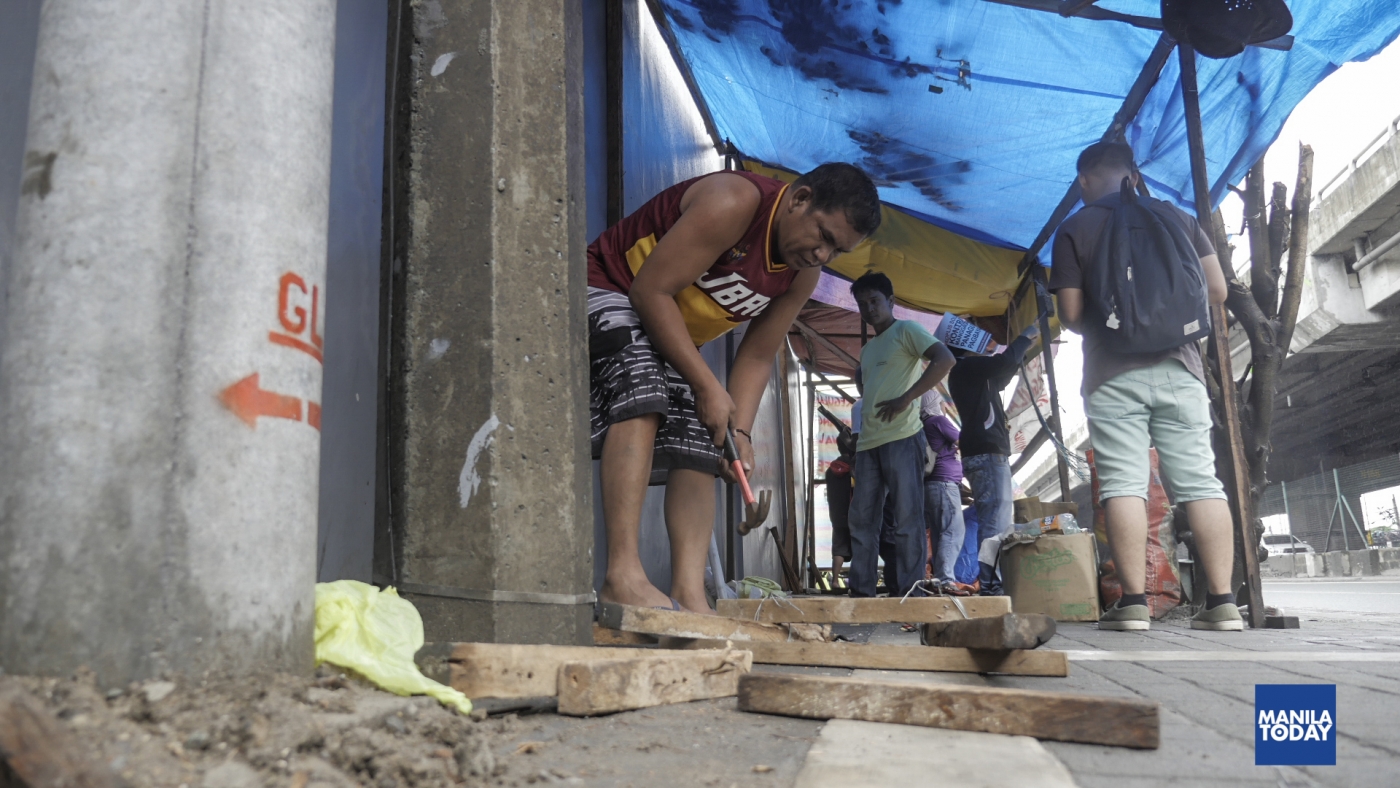 Workers from Jollibee Foods Corp. will be moving its protest camp to Mendiola after two weeks of holding its ‘Beehive’ in front of the company warehouse.

On Monday, UM-JFC President Rogelio Magistrado slammed the Jollibee Foods Corporation over its refusal to comply to the Department of Labor and Employment’s (DOLE) order to regularize its contractual workers.

The Jollibee Foods Corporation (JFC) placed first on the list of companies practicing Labor-Only Contracting, according to DOLE.

[“Until now, the workers are firm with their resolve, because we believe that we are right in our struggle. Until now, Tan Caktiong remains unflinching, as he still has not allowed the laid-off workers to return. Instead, he employed two new agencies to replace for his dismissal of his workers,” said Magistrado]

Laid-off workers from Jollibee Foods Corp. will be moving their protest camp to Mendiola on July 18. Photos by Jade dela Cuadra.

JFC’s camp has yet to release a statement with regards to its ongoing labor dispute, even after the campaign’s traction online and on ground.

According to UM-JFC, JFC’s refusal to comply with  DOLE’s order will only push the laid-off workers to continue their fight for regularization as they are set  to temporarily move the Beehive Protest Camp at the foot of Malacañang in Mendiola, Manila.

[“We will carry our fight at the foot of Malacañang, at the gates of Mendiola, along with other workers’ unions and sectors supporting our struggle, to the Kampuhan Kontra Kontraktwalisasyon to campaign for the end of contractualization,” Magistrado added.]

Workers coming from different areas in Metro Manila as well as from other regions convene at Mendiola to campaign for the end of contractualization, regular jobs, and livable wage, among others.

KKK is set to begin on Wednesday, July 18 until Sunday, July 22 as part of KMU-MM’s buildup protest for the upcoming People’s State of the Nation Address (SONA), which is slated to happen on July 23, Monday.