Metro Manila, 7 other areas under GCQ till December 31 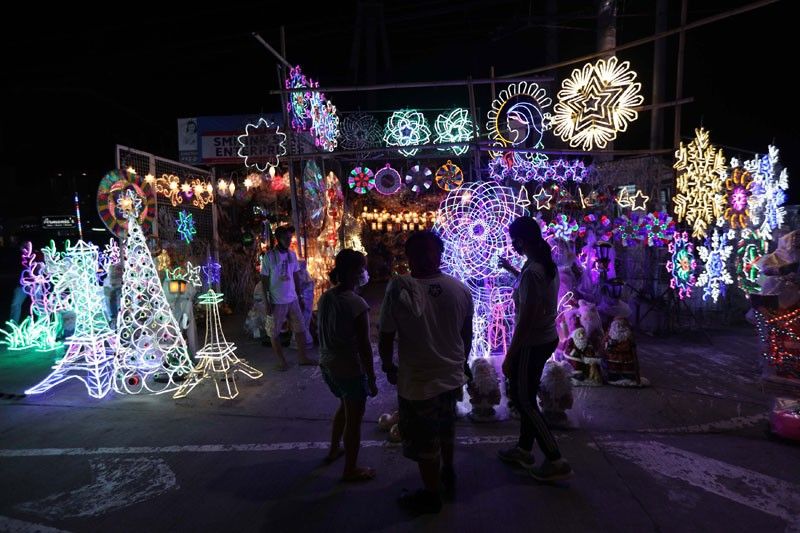 Metro LGUs chipping in for vaccine

MANILA, Philippines — There will be no easing of quarantine restrictions in Metro Manila and seven other areas during the holidays.

Metro Manila as well as the provinces of Batangas, Lanao del Sur and Davao del Norte and the cities of Iloilo, Tacloban, Iligan and Davao would remain under general community quarantine (GCQ) until Dec. 31, President Duterte announced last night.

The rest of the country will remain under the most lenient modified GCQ until the end of the year.

This developed as local government units (LGUs) of Metro Manila announced they would give their share to the national government for the procurement of COVID vaccines, an official said.

The Metro Manila Council discussed in a meeting last Sunday night the possibility of each city in the region allocating a specific budget for the vaccine, said MMC chairman and Parañaque Mayor Edwin Olivarez.

Galvez tackled the purchasing, logistical requirements and implementation of the government’s vaccine plan.

“We discussed that each LGU would be allotting a specific budget so we can (extend) help to the national coffers in buying the vaccine that will be distributed nationwide,” Galvez told CNN Philippines yesterday.

He did not mention how much of the LGUs’ budget would be allotted for the
vaccine procurement.

The mass vaccination for COVID-19 is expected to start in the middle of next year at the earliest, a science official said yesterday.

“With regard to mass vaccination, if you mean the giving of vaccines to a million, our estimate is during the second quarter of next year. So either June or July,” said Jaime Montoya, executive director of the Philippine Council for Health Research and Development.

Galvez earlier said the “realistic” timeline for the rollout of COVID-19 vaccines in the country is at the end of 2021 or early 2022, while the best case scenario is the second quarter of next year.

The government will borrow about P73.2 billion from multilateral lenders, domestic and bilateral sources to purchase vaccines for 60 million Filipinos.

Last Friday, the government, the private sector and United Kingdom-based pharmaceutical company AstraZeneca signed an agreement for the supply of 2.6 million doses of COVID-19 vaccines. The doses will be distributed evenly to government frontliners and private sector workers.

Montoya said that AstraZeneca filed last Nov. 20 an application for Phase 3 clinical trials that is now under review by the Department of Science and Technology vaccine expert panel.

The signing of the CDA was followed by the turnover of Phase 1 and 2 clinical trials data on the AstraZeneca COVID-19 vaccine to the DOST’s vaccine expert panel in line with the approved process for vaccine clinical trial applications in the country, Montoya said.

He also brushed off the issues being raised against the multinational’s COVID-19 vaccine in the United Kingdom and Brazil.

“For now, the Vaccine Expert Panel is basing their evaluation on the documents submitted to them by AstraZeneca in line with their intention to conduct clinical trials here in the country,” Montoya said, adding they will await the evaluation of data by the expert panel in cooperation with AstraZeneca.

Concepcion is among the signatories of the agreement of the private sector, the government and AstraZeneca for the supply of 2.6 million doses of COVID-19 vaccines.

Under the deal signed by Concepcion and over 30 private sector representatives, as well as Galvez with AstraZeneca Pharmaceuticals Philippines country president Lotis Ramin last week, half of the vaccines would be donated to the government, particularly the Department of Health, while the balance would be going to employees in the private sector.

In entering into a deal with AstraZeneca, Concepcion said the private sector is taking a risk as it provided a 50 percent down payment for the vaccine.

Chinese pharmaceutical firms Sinovac Biotech and Clover Biopharmaceuticals are so far leading the race to conduct Phase 3 clinical trials of their respective candidate vaccines against COVID-19 in the country, Montoya said yesterday.

Montoya, at a Laging Handa virtual press briefing yesterday morning, said that the two Chinese entities had already passed the DOST Vaccine Expert Panel and are now in the stage of ethics review board evaluation.

He pointed out that Sinovac was the first one that passed the review of the vaccine expert panel and is currently being reviewed by ethics review committee.

San Juan Mayor Francis Zamora said Metro Manila mayors have been given the discretion to increase the customer capacity of establishments in cities to 75 percent, an allowance that was previously only allowed in areas under the modified general community quarantine (MGCQ).

Zamora said the Inter-Agency Task Force for the Management of Emerging Infectious Diseases (IATF) has given the mayors the go-signal to expand the operating capacities of malls, restaurants and other business establishments. Metro Manila is still under GCQ.

“The IATF, specifically the DTI (Department of Trade and Industry), has given the discretion to local governments in terms of operating capacity… because we saw that restaurants that operate on a halved capacity can operate up to 75 percent without crowding customers,” Zamora told reporters yesterday.

Zamora said the MMC, composed of all mayors in the metropolis, would be releasing a resolution for the uniform implementation of this measure.