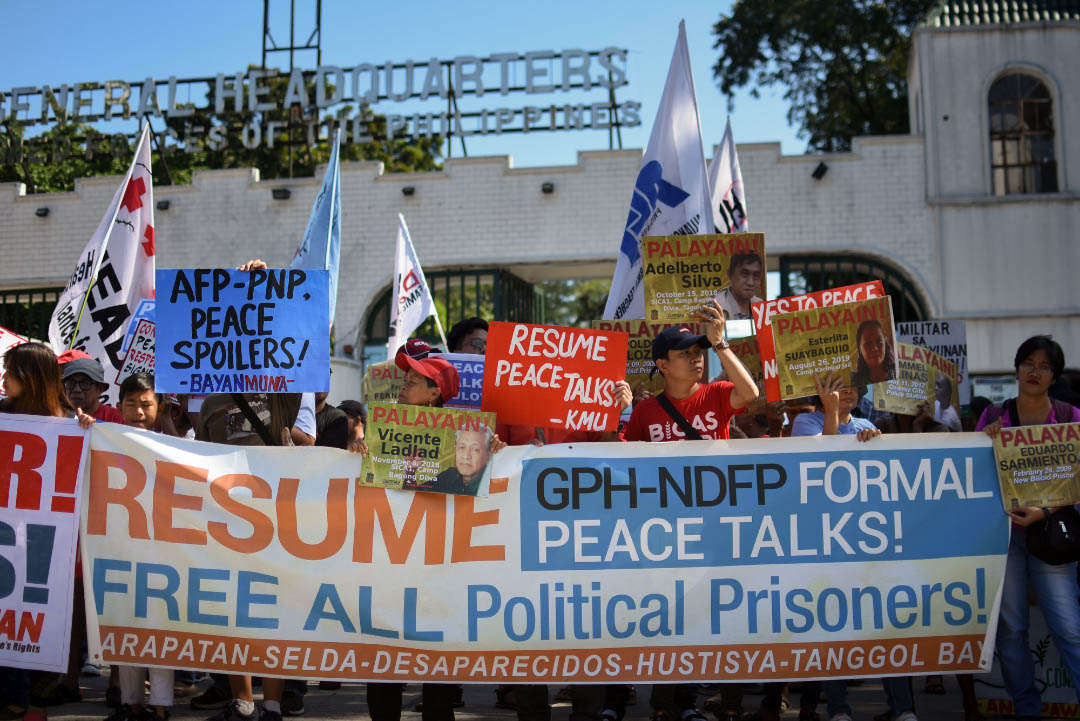 Pilgrims for Peace, a network of peace advocates which has been supporting the peace negotiations between the Government of the Philippines (GPH) and the National Democratic Front of the Philippines (NDFP), has urged the GPH to assure proper care and treatment for NDFP peace consultant Loida Magpatoc who was arrested several days before in Mindanao. Magpatoc is a JASIG-holder who was working diligently on peace negotiations until Duterte’s unilateral termination of the peace talks.  She was a member of the Reciprocal Working Committee which crated the Comprehensive Agreement on Social And Economic Reforms (CASER).

“Efforts to overcome the obstacles to peace negotiations have been fraught with disappointments. State violations of human rights and international humanitarian law have exacerbated already difficult situations.  Vicious threats and destructive attacks against farmers, indigenous peoples and workers impeded democratic space and hampered peacebuilding. Not only did Duterte unilaterally terminate the GRP-NDFP peace talks, but the killings of NDFP peace consultants laid bare that Duterte and his militarist spoilers are more interested in spilling blood than in building peace,” the Pilgrims for Peace said in a statement.

They urged the Duterte government to respect human rights and pave the way for the resumption of peace talks: “Duterte seems to have a penchant for breaking commitments, whether in peace negotiations or in his constitutional mandate to ensure respect for the human rights of every Filipino.  With the investigation of the International Criminal Court closing in, Duterte might want to rethink his wanton disregard for peace and human rights. The day draws near when he and his henchmen will have to answer for their brazen violations. This will be a relief to many, but especially for us peace advocates, who long to see the GRP-NDFP peace negotiations back on track and a just peace on the horizon.” PAbrod