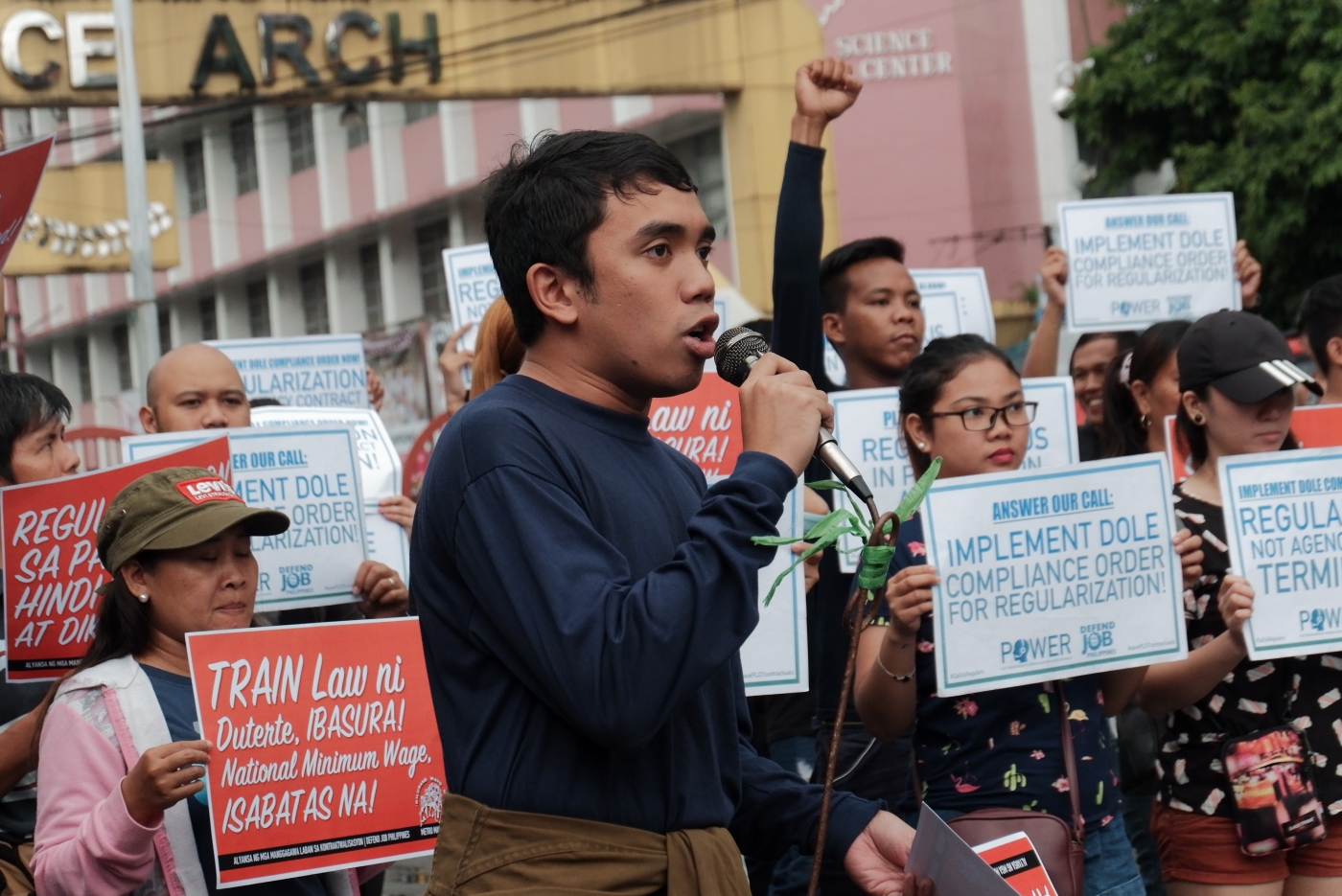 Already on its third day, the ‘Kampuhan Kontra Kontraktwalisasyon’ is a week-long protest camp near Malacañang Palace to bring workers’ demands closer to the Presidential Palace.

PLDT and Jollibee workers express rage and dissent over contractualization during the ‘Black Friday’ protest. Photos by JC Gilana.

(All we receive is suffering. Poor workers remain poor while rich capitalists get richer.)

Protesters urged Malacañang and the Department of Labor and Employment to hasten the execution of the workers’ regularization status.

The DOLE scheduled a mandatory conference with PLDT on July 11, but PLDT’s representatives did not show up.

In the weeks following the labor department’s order to regularize its employees, the said companies terminated the contracts of the hiring agencies contractual workers are working under.

The camp will culminate in the workers joining thousands of protesters during the ‘United People’s SONA’ on July 23 as Duterte delivers his third State of the Nation Address.