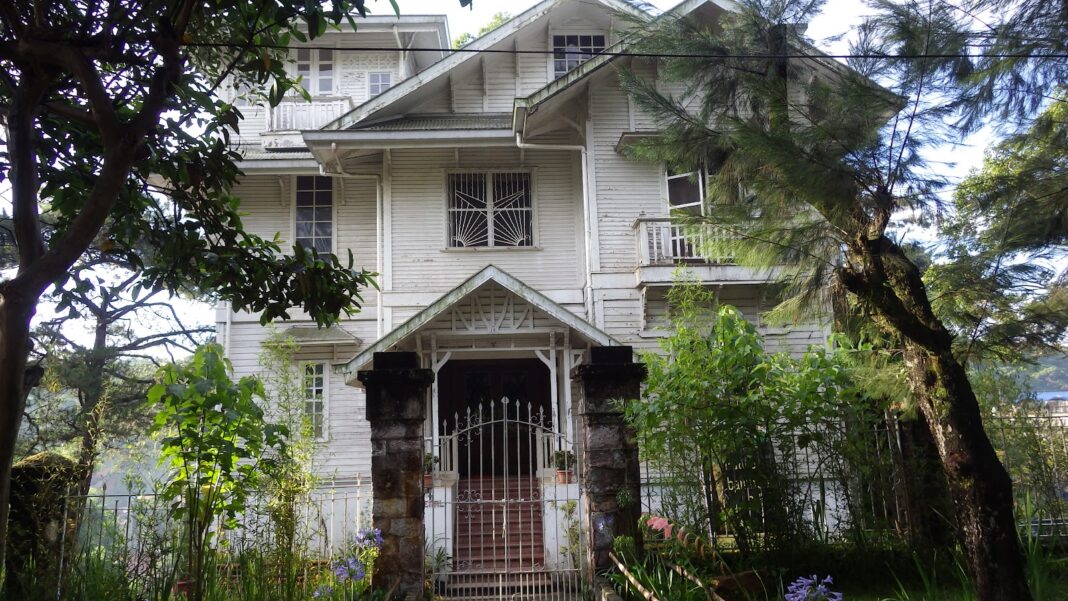 1. The White Lady of Balete Drive

Balete Drive is a long and secluded stretch of road located in Quezon City, Metro Manila. While it is a residential area, it was named for the presence of a giant balete tree—a tree with vines like overhanging limbs. According to folklore, balete trees are often home to supernatural creatures.

Motorists traveling at night know to never stop at Balete Drive, no matter what. One story centers on a taxi driver who passes the street at midnight, desperate for passengers. Eventually, a beautiful woman in a white dress flags him down from the sidewalk. When she gets in, she tells him that her destination is at the final intersection.

The driver continues his journey. The woman is quiet, but that’s fine, even if her stare is a bit intense. He keeps to himself and reaches their destination quickly, as there are no other cars on the road. But when he looks back, he finds the backseat empty. The woman is gone.

While the identity of the driver always changes, the white lady never does. She is usually a victim of sexual assault and violence. Does she haunt motorists because she was assaulted and murdered by a taxi driver? Or did she die in a tragic car accident? While this story is benign, many more paint her as a vengeful ghost out for blood… That poor white lady, doomed to repeat her journey forever.

Teniente Gimo was said to be the head of a barangay in a tiny, isolated village in Iloilo. Gimo and all his residents were aswang. An aswang is a Filipino shape-shifting creature that resembles a normal person by day but becomes a man-eating monster by night.

The villagers would often hold fiestas to lure unsuspecting humans into their town. Due to the isolation, their guests would be forced to stay for the night, and there they would be cooked and eaten. Gimo’s daughter hosted one such fiesta and invited all her human friends to stay with her.

All of her friends slept in her room with her that night. But one girl woke up to muffled voices discussing their plans to kidnap and eat the humans. Terrified out of her mind, the girl switched positions to mirror Gimo’s daughter, and then transferred her own watch onto the sleeping aswang’s wrist.

Minutes later, Gimo entered the dark room and felt for his daughter’s friend. Only identifying her by the watch on her wrist, him and his men accidentally took his own daughter and shoved her into a sack. After sedating her, they proceeded to the kitchen to cook her. And the human girl fled the house immediately, never to return to that town again.

3. A teacher alone at school after class hours

University ghost stories are practically tradition here. Pair a love of ghost stories with a school’s long and sometimes painful history, and you get some more site-specific folklore.

A popular story centers on an unnamed new teacher from the University of the Philippines. She’s hard at work grading papers, and before she knows it, hours have passed and she’s the only one left in the building. Even worse, it’s monsoon season, and a harsh storm drenches everything in rain.

The teacher huddles inside a waiting shed by the school gate. There, she asks the lone security guard for help in calling a taxi. The roads are deserted save for the rising floodwater.

The security guard agrees to help. She asks if she can wait inside the nearest building, and while he’s hesitant, he eventually gives in. But this school is old, and our young teacher is only new, so she barely recognizes the rooms after they’ve been closed down. The guard unlocks an old classroom, hands her the key, and tells her to wait inside.

“Lock the door and wait inside,” he says. “When a taxi arrives, I’ll come back for you. I’ll knock three times and call your name. Don’t open the door for anyone else.”

The teacher laughs. What’s the point in locking the door? Who else will come here? But the guard insists. So she gives in, agrees, and the guard leaves after she locks the door.

The teacher waits inside, slowly wiping herself and all her stuff dry. The storm rages on outside, loud against the windows. The rest of the building is quiet, as expected. Until she hears it. Footsteps.

The footsteps grow louder, signaling a fast approach. Eventually, they stop right in front of her door. Someone knocks three times. The teacher gets up, thinking it’s the guard. That was fast, she thinks. But something doesn’t feel right. The shadow beneath the door stands still, unmoving. Didn’t the guard say he was going to call her name too?

Feeling anxious, the teacher peeks into the keyhole. But she can’t see anything except pure red, as if something has covered the lock.

Confused, she shrugs it off and walks back to her chair.

Minutes later, another pair of footsteps approaches. This time, three knocks sound at the door. The guard calls her name and introduces himself. When the teacher unlocks the door, she finds him outside, telling her that he’s found a taxi.

They walk to the gate together. The taxi idles by the waiting shed, the only vehicle on the empty street.

When the teacher hands the key back to the guard, she asks why he insisted on her locking the door.

“There’s a ghost that roams the halls,” he explains. “You know it’s her because she has purely red eyes.”

The haunted house (or building) is a staple of Filipino spooky folklore. One of the most famous haunted houses is the Laperal House in Baguio. Located at the edge of a mountain, where the cool weather often forms fog, it seems natural that a haunted house exists here.

The Laperal White House is an old Victorian-style mansion that was built in the 1920s. It was owned by the wealthy Laperal family. They fled during World War II and nowadays, the mansion is open to visitors. It also hosts a bamboo carving museum.

The mansion isn’t completely isolated, though. It sits right in the middle of a residential street. Visitors and passers-by alike report a woman staring out the window, loud noises even when it’s empty, a little girl standing on the front steps, and a horrible feeling that they aren’t welcome inside. Even the staff and caretakers report strange incidents, such as hearing strange voices or seeing apparitions when they’re all alone.

This house had a tragic, violent past, so it makes sense that it’s haunted. During World War II, it was used as a garrison by the Japanese. Here they supposedly tortured and killed suspected spies. But even before then, the Laperal family already witnessed much loss.

Early on, the Laperal’s three-year-old daughter wandered out of the house and into oncoming traffic. She was hit by a car and killed instantly. It’s said that her nanny who was meant to be watching her was consumed by so much guilt and grief that she hung herself in the attic. This explains the little girl seen in front of the house, as well as the woman who is often seen looking out of the window.

Numerous other Laperal children perished around the premises. Even the wife, Doña Victorina passed here. After his entire family had gone, the father, Don Roberto, planned to sell the house and finally get rid of it. Unfortunately, he died of a heart attack right on the stairs.

It isn’t just the Laperal family that haunts this place. Visitors have reported seeing ghosts of Japanese soldiers in the upper bedrooms. These apparitions are violent, and have even scratched or pushed guests. The soldiers’ unfortunate victims also cling to the premises.

While it’s open to visitors and has even been featured on ghost hunter shows, nobody would want to stay here overnight.

While many of these spooky stories are caused by superstition and unexplained supernatural phenomena, a lot of them are also rooted in real life tragedy. Vengeful ghosts, after all, were once wronged human beings too. There is a darker side to the spooky stories whispered amongst friends. In a country so full of painful history, perhaps this is the only way that these sad anecdotes could leave their mark.