Alternative media submit evidence vs. IT companies over cyber-attacks 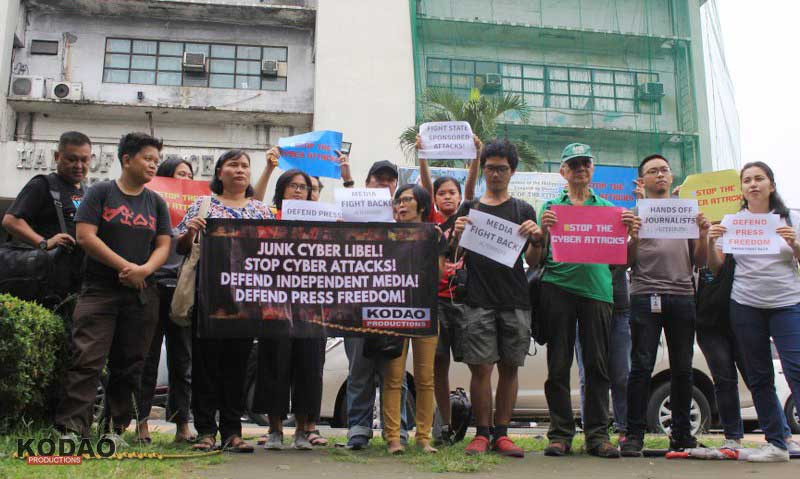 MANILA — At least 3,500 pages of printed web logs with signature attacks were submitted today, Sept. 9, before a Quezon City court over the cyber-attacks carried out against alternative media outfits.

“We are raring for the procedure to start and to present our evidence, proving the complicity of the two IT companies, where the attacks came from,” said Kenneth Guda, editor-in-chief of Pinoy Weekly.

Websites of Pinoy Weekly, Bulatlat, Kodao Productions, and AlterMidya were subjected to cyber-attacks from December 2018 to March 2019.

On March 29, these four alternative media outfits filed a civil case against two companies IP Converge and Suniway, which were found to be the sources of cyber-attacks according to the forensic report of Sweden-based Qurium Media Foundation.

Kodao Productions Executive Director Jola Diones-Mamamgun said she was surprised with the voluminous number of pages as she personally assisted the compilation of evidence. These were part of the documents submitted during the preliminary conference before the Quezon City Trial Court Branch 220 under Judge Jose Paneda this afternoon. 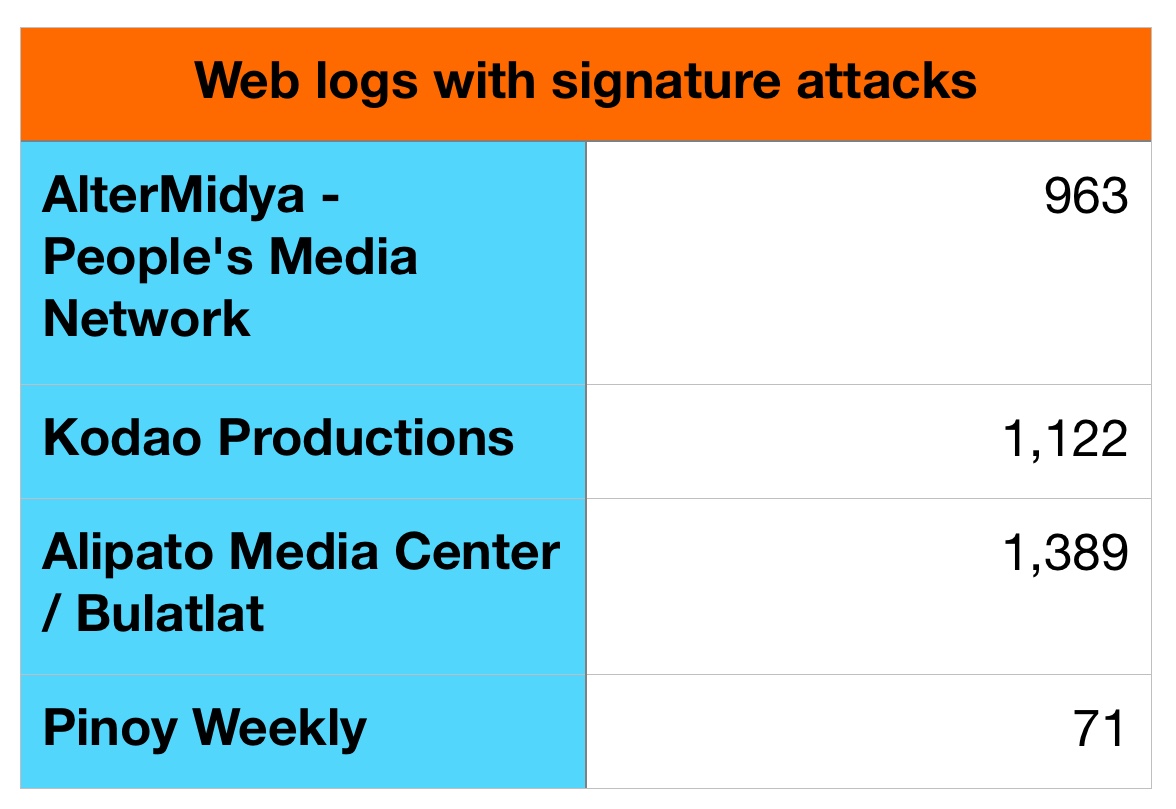 Apart from the web logs, among those submitted as evidence are the monitoring reports of the distributed denial of service (DDoS) attacks, forensic reports, and abuse reports submitted by CIVICERT, an international computer emergency response team for civil society groups.

In a press statement, Rhea Padilla of the AlterMidya – People’s Media Network said the two IT companies denied having direct knowledge over the cyber-attacks.

Still, in their reply to the complaint, IP Converge admitted leasing at least 64 IP addresses to Suniway, which included the IP addresses identified by Qurium as the source of the cyber-attacks.

Padilla found it interesting that IP Converge, in its reply, has included cross-claims against Suniway, saying that the latter should “alone bear the consequences” as it has complete control over the leased IP addresses.

“Suniway should be held liable for all the damages and expenses caused to IP Converge as a result of this case, and for whatever amount may be adjudged against IP Converge by virtue of the complaint,” the IP Converge further stated in its Answer.

Still, Padilla noted that both companies cannot simply feign ignorance over the cyber-attacks.

IP Converge did not reply to any of the emails about the DDoS attacks emanating from its infrastructure.. In its reply to the complaint, IP Converge said the recipients may have missed the emails because they receive hundreds of emails in any given day. Suniway, on the other hand, did not squarely answer our allegations, primarily that the IP addresses were traced to their infrastructure.

Both companies have filed counter-claims for “besmirching their reputation.”

IP Converge demanded on its reply P1 million from each plaintiff for moral damages, P1 million each for exemplary damages and P1.5 million for attorney’s fees and cost of litigation.

Suniway, on the other hand, is claiming P2 million for moral damages, P500,000 for exemplary damages and P500,000 for attorney’s fees at cost of litigation. In sum, both companies are claiming a total of P12.5 million.

“We view this as a form of intimidation given that all the plaintiffs are non-profit media outfits,” Padilla said.  “We firmly believe that legitimately exercising a right and seeking appropriate redress at the proper forum when that right is violated can never be penalized or begrudged.”

Mamangun, who is also the president of the International Association of Women in Radio and Television – Philippines, said this is part of the continuing attacks on press freedom in the country.

The alternative media groups were assisted by human rights lawyers from the National Union of Peoples’ Lawyers (NUPL).

The post Alternative media submit evidence vs. IT companies over cyber-attacks appeared first on Bulatlat.