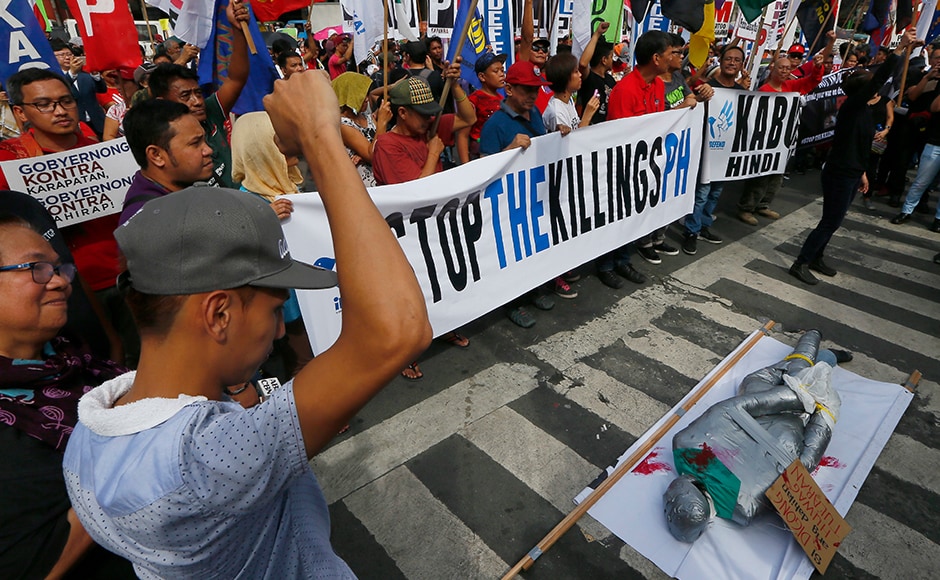 Human rights advocate Shamini Darshni Kaliemuthu says the Philippines has become an ‘increasingly dangerous space, not just for human rights defenders, but for all of civil society’

In a joint statement, at least 7 groups said an international investigative mechanism for widespread violence in the country “is even more imperative today than it has ever been.”

It came after the March 7 police and military crackdown that left 9 activists dead in Calabarzon, the highest number of fatalities in a single incident in the region, according to the Commission on Human Rights (CHR).

FORUM-ASIA executive director Shamini Darshni Kaliemuthu said Duterte’s deadly rhetoric has resulted in actual violence on the ground, making the country an “increasingly dangerous space, not just for human rights defenders, but for all of civil society and the Philippine people at large.”

According to official data, at least 6,039 suspected drug personalities have been killed during police operations as of January 31. Human rights groups estimate a higher death toll of 27,000 to 30,000 to include victims of vigilante-style killings.

The CHR, meanwhile, has documented 130 killings of human rights defenders and activists since July 2016.

“These attacks go beyond individual killings; they reinforce an environment where people are afraid to question and dissent, further perpetuating this cycle of impunity,” CIVICUS Asia Pacific researcher Josef Benedict said.

The Philippine situation, especially Duterte’s drug war, has been under scrutiny by foreign bodies, including the United Nations and the International Criminal Court (ICC).

The UN rights office, in a report in June 2020, found that the domestic system is not enough to exact accountability over the killings. But the UN Human Rights Council (UNHRC), despite the scathing report, adopted a resolution which offered “technical assistance” to the

“This proves that the UNHRC’s recent resolution has been ineffective at stemming these violations, and the international community must immediately initiate clear and sustained action to hold the perpetrators to account,” Benedict said.

In December 2020, ICC Prosecutor Fatou Bensouda said there is “reasonable basis” to believe that crimes against humanity were committed in the drug-related killings. It is expected to decide whether or not to open a formal investigation by 2021. – Rappler.com