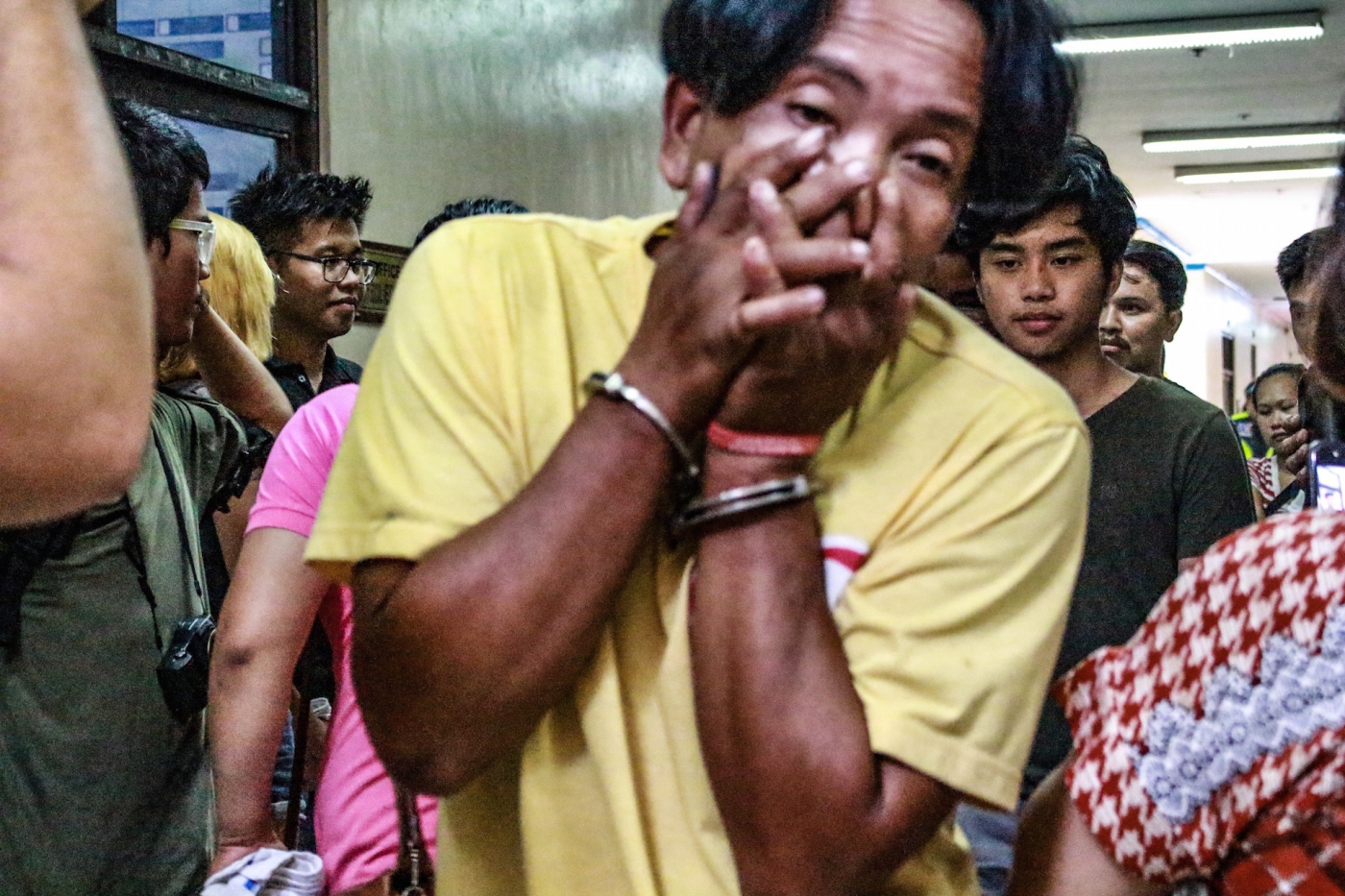 The arrest of journalists covering the brutal dispersal of the NutriAsia workers’ strike on Monday showed that the company is not only a violator of labor rights but also a threat to press freedom, a human rights lawyer said on Thursday.

The ‘NutriAsia 19’ during the inquest proceedings Tuesday. Photos by JC Gilana, Akira Liwanag, and Jasmaine Reyes.

Describing the dispersal as ‘overkill’, Krissy Conti of the National Union of People’s Lawyers said that the security guards acted upon the orders of NutriAsia.

In the press conference, Ang and Saturay narrated how they were arrested by forces of the Meycauayan City police during the dispersal.

Meanwhile, Saturay said she was arrested while filming the dispersal. Their equipment were also confiscated, she said, and that most of the confiscated equipment such as bags, cameras and laptops were not returned to them.

Jose Mari Callueng, national president of the College Editors Guild of the Philippines (CEGP) and one of the paralegal staff of the arrested individuals said that the Meycauayan City police barred legal aid and media personnel from the station.

In a statement, CEGP condemned the arrests of the five journalists as “the desperation of the condiment firm to repel the burning battlecry of the people.”

The five journalists were released on August 1, but charges for illegal assembly and public alarm and scandal remain. Charges for the remaining 14 workers and youth leaders would be subjected to further investigation.

National Union of Journalists of the Philippines (NUJP) deputy secretary-general Raymund Villanueva vowed to bring the press freedom violations during the NutriAsia strike dispersal to local and international forums.

In a statement released on the day of the dispersal, NUJP urged the community of independent journalists “to rally around our beleaguered colleagues and send a clear signal that we will not allow any assault on freedom of the press and of expression to pass unchallenged and will hold anyone responsible accountable.”

Villanueva further urged that there should be consequences to the attacks against journalists. Conti said that the arrested journalists can file counter charges against the Meycauayan City police.

“We have plenty of controverting evidence and these are enough to file counter charges,” the human rights lawyer said.